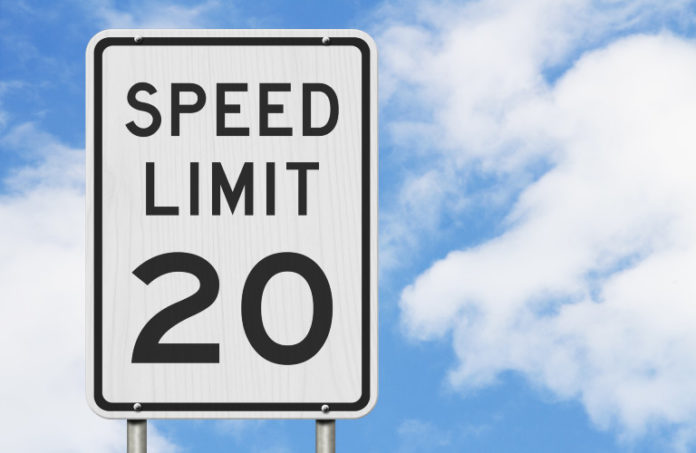 The old joke about how you could walk through a crowded city faster than you could drive? That gained a little more credibility in Hoboken. And it’s probably a good thing — as it pertains to public safety.

On Thursday, the city of Hoboken on Thursday announced the reduction of the citywide speed limit from 25 mph to 20 mph. The speed reduction, adopted unanimously through an ordinance passed by the Hoboken city council and signed into law by Mayor Ravi Bhalla, aims to provide safer streets for all users and modes of transportation.

The reduced speed limit is an action item set forth by the Vision Zero Action Plan, which aims to eliminate all traffic-related deaths and injuries by 2030. The implementation of a 20 mph speed limit will include several supplemental initiatives to help educate drivers and improve compliance rates.

“Reducing the citywide speed limit is the latest commitment we are making to ensure our streets are safer for pedestrians, drivers and cyclists,” Bhalla said. “Even though it might take an extra minute or two to travel across Hoboken in a vehicle, that extra time could very well end up saving the life of a child or senior citizen.

“As a father of two children who walk our streets every day, the tradeoff is certainly worth it and is the latest effort we’re making to eliminate all traffic-related injuries by 2030. Thank you to the county for partnering with us on this life-saving initiative.”

Speed matters. And, yes, it ultimately can kill.

The implementation of a 20 mph speed limit will include several supplemental initiatives to help educate drivers and improve compliance rates.

Over the next several weeks, the city will install speed radar signs at gateways to Hoboken, new 20 mph speed limit signs with “citywide” supplemental plaque signs, and 20 mph pavement markings at select locations. In partnership with the Hoboken Police Department and the Hudson County Sheriff’s Office, the city will also launch an education and enforcement campaign to inform drivers of the reduced speed limit.

The full implementation of the citywide speed limit reduction will occur once existing speed limit signage and pavement markings are updated.

Bhalla said he’s seen the potential — and realized — impact of such ideas.

Since the implementation of Vision Zero, Hoboken city streets have not had a traffic-related death, despite regional and national trends toward significant increases in severe traffic injuries and deaths.

Hudson County Executive Tom DeGise is on board.

“Driving slower isn’t always easier to do — but it is the smarter and safer thing to do,” he said. “I encourage residents to embrace this change along with the others implanted by Mayor Bhalla and the city council to help us make Hoboken’s streets safer for everyone.”

Council President Michael Russo summed it up this way.

“If this ordinance saves just one life or prevents one serious injury, then it is well worth it in my book,” he said.

Sherrill, eager to have students back in school, stresses need for...