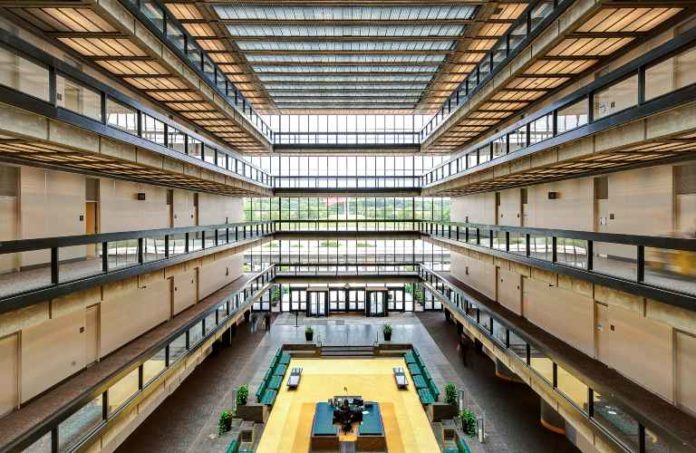 Within all the debate around the return to the office, Ralph Zucker is quick to raise one key point: What does that office look like?

Zucker, the founder and president of the firm recently rebranded as Inspired, knows the value of quality. He not only has millions of square feet of real estate in the state and around the country, but he’s best known for Bell Works in Holmdel, a massive live-work-play-shop-eat experiment he has dubbed the “metroburb.”

The pandemic, Zucker said, has shown the concept he has championed for a decade was the right call.

“(The pandemic) enhanced an existing trend that we had recognized before — the reverse migration back to the suburbs,” he said. “But people wanting a great suburban location needed, pardon the pun, an inspired place to work.”

Zucker said Bell Works has been just that — mainly because he was able to pivot and add to the options that businesses of all sizes have welcomed.

Zucker said the success of Bell Works, even during the pandemic, has been an affirmation.

“The pandemic definitely accelerated a trend that already was there,” he said.

Zucker said the trend is nationwide, too.

BellWorks Chicagoland, which continued construction during the pandemic, began leasing around the start of the year, too. Zucker said all 13 of its Ready to Wear offerings are close to being leased — and that they will make up just one aspect of Phase 1 of what will become a 1.2 million-square-foot complex.

All of this is why Zucker said he continues to be all-in on office — as long as it’s the right type of office.

“I’m not all-in on plain suburban office that doesn’t have a story like Bell Works, which is a metroburb in suburbia,” he said.

“There is a significant retraction going on in the office market — there’s no doubt about it,” he said. “In many cases, companies need a significantly less amount of space per employee.

“So, office design is changing, footprints are changing — and there’s a huge flight to quality because of that, because, if I’m only coming to the office to collaborate, to ideate, to communicate, to be inspired, it has to be a great place.

“Suburban C Class is getting devastated, but Class A offices everywhere, not just ours, are doing great.”