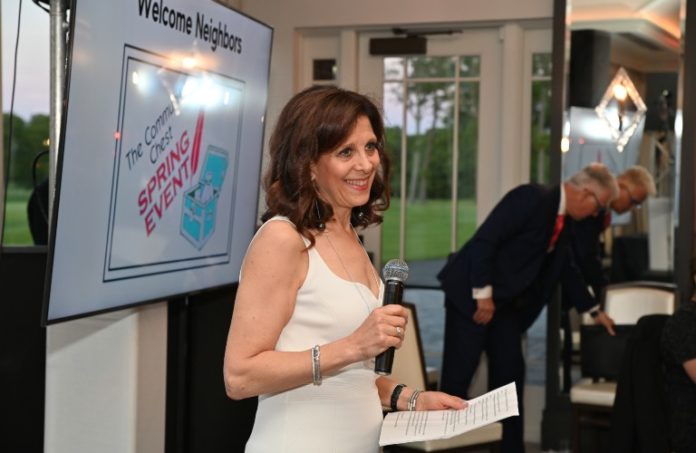 The Community Chest of Eastern Bergen County on Friday announced that Franci Steinberg was named president of the Board of Managers. Steinberg, who previously served as vice president, has been an active member of The Chest’s Board of Managers since 2014 and a member of the Executive Committee since 2018.

“We are excited to have Franci Steinberg move into the leadership role of president on the Board of Managers. From her previous experiences serving on The Community Chest’s Marketing and Communications Committee, Young Women’s Scholarship Program, and the Governance and Events Committees, as well as being involved with the Allocations Committee, she understands the organization’s mission and programs. During her term, we look forward to her bringing boundless energy to the board and our activities,” Dr. Shelly Wimpfheimer, executive director, The Community Chest of Eastern Bergen County stated.

The Chest leads initiatives and supports nonprofits that make communities stronger and benefit people in need in eastern Bergen County. Each year, The Chest raises funds and allocates them to agencies demonstrating the capacity to provide services to local citizens. The organization also provides coordinating and planning services in its communities, serving as a bridge between agencies and organizations and investing in the stability and quality of the service network.

Steinberg, a former resident of Tenafly, has supported and led several activities with The Chest, especially with communications and graphic design projects. She updated and maintained the organization’s website, designed and produced the printed communications, created media and electronic emails for events and changed the Allocations Admissions’ online application process and other programs to online and digital formats.

In addition to her work with The Community Chest, Steinberg has held leadership positions with several other organizations. Currently, she is treasurer of Sisterhood of Temple Sinai, and was a former president on its board of trustees. Previously, she was executive vice president on Temple Sinai of Bergen County’s board of trustees. Steinberg has also been active with the Jewish Federation of Northern New Jersey, as chair for The Center for Israel Engagement and as a member of its Women’s Philanthropy Board of Directors. She also was active in the Tenafly Public Schools holding leadership positions, including president of the Smith School Home and School Association and also at Dwight Englewood Middle School.