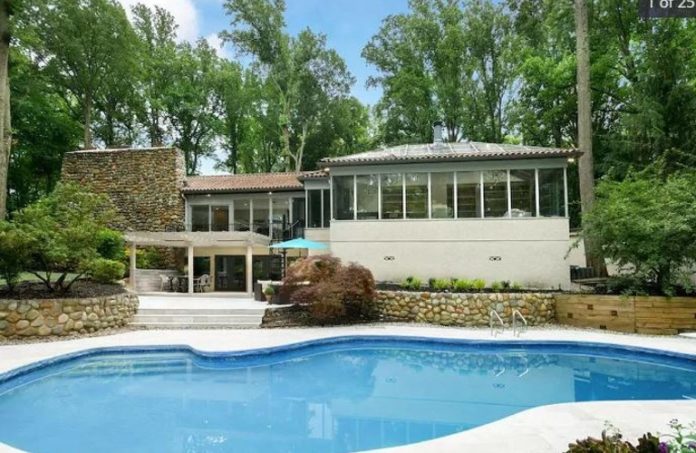 New Jersey has been called home by plenty of celebrities, from Bruce Springsteen to Jon Bon Jovi. It has also had its share of famous athletes who called the Garden State home, as well.

Carl Lewis was born in Birmingham, Alabama, but raised in Willingboro, and Carli Lloyd is a two-time Olympic gold medalist soccer player from Delran. But, did you know that Muhammad Ali used to own a home in Cherry Hill?

According to a listing on Zillow, the former South Jersey home of the “Greatest of All-Time” is on the market listed for $1.85 million.

According to the listing, the boxing legend owned the home in the 1970s, and subsequent owners have meticulously maintained the property, renovating it while keeping the splendor of the original home intact as well as honoring Ali’s legacy.

Mediterranean ranch in style, the home offers plenty of large windows that fill it with light and connect one with nature. There is a two-sided gas fireplace, and a solarium offers peace and tranquility any time of the year.

Living room areas (including one with a large stone fireplace) surround an open air multilevel deck with a hot tub, and a pergola-covered patio leads to a landscaped yard that features an in-ground pool, gazebo, tennis and basketball court.

The lower level features a 12-foot-long wet bar, a gym with full bath and an office.

There is even a private guest quarters with separate entrance, kitchen, full bath and laundry.