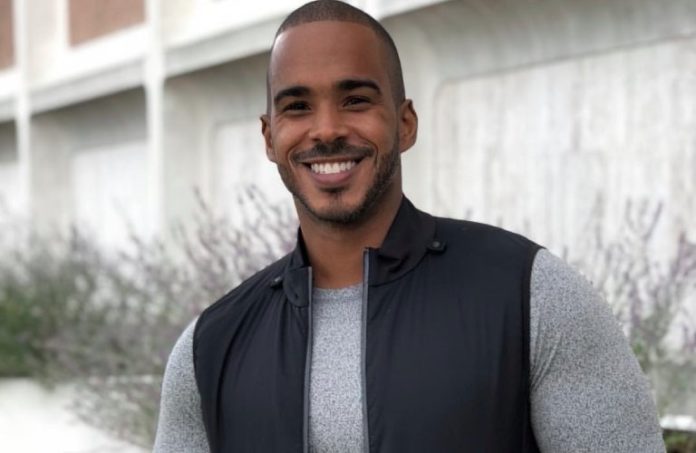 As one of the thousands of entrepreneurial dreamers around the country, Christopher David of Orange has learned to appreciate milestone moments, however — or wherever — they happen.

So, when he was walking down the aisle of a grocery store in May and he received an email that said he was selected to present at the prestigious Walmart Open Call event, he celebrated right then and there.

And this was just for the chance to pitch his product.

Last week, he did one better: He learned his product, URscent, was selected to be sold on Walmart.com. If it does well, it could land a coveted spot in the store — an entrepreneurial dream come true.

“I’m really excited about the prospect,” he said. “It’s taken a long time to get here, but I’ve learned that we all have a journey.

David, who said he’s always looking to fill a need, feels URscent could do just that.

Why? Because it’s different from other air fresheners on the market in a number of ways:

In fact, that’s where the name comes from. The letters U-R stand for “uniquely refreshing,” he said.

David, now 36, self-funded all of the prototype work and patent applications. He finally launched URscent on his own website out of his house at the start of the year.

“It’s humbling, but that makes you work harder,” he said.

It will be a bit easier now.

This year, more than 1,100 businesses from across the country pitched products that were made, grown or assembled in the U.S. to Walmart and Sam’s Club merchants in June.

Preliminary results indicate that more than 330 of those pitches resulted in a deal for businesses to sell their items through placement on Walmart or Sam’s Club shelves, or online at Walmart.com or on Walmart’s Marketplace. The company said more than 280 products are continuing conversations with merchants for potential deals in the future.

Walmart CEO Doug McMillon said the event is hugely important to the company.

As of now, at least a half-dozen entrepreneurs from New Jersey have been selected.

David said he watched the livestream of the two-day Open Call event on the internet, picking up business and marketing tips from Walmart officials.

When it came time to pitch his product, he spent 30 minutes on Zoom with a Walmart buyer, who discussed his product, “Shark Tank”-style.

“It was an incredible experience,” David said. “I feel like I got a lot of information and I have someone I can speak with along the way.”

On a journey he hopes will continue on.

David is thrilled to be on Walmart.com, but he said the ultimate goal is to get onto the store shelves. After going through the Open Call process, he said he’s optimistic.

And, if that’s not enough to get on the shelves, David — like any good entrepreneur — has a Plan B.

“I’m starting another business with my girlfriend, Scarlett Metellus,” he said. “We are starting a vitamin infusion business.”

The product, VIV Infusions, obviously has a health care aim.

“If you’re sick and you go to a hospital, they may give you an IV bag for dehydration,” he said. “This will be a way to get an infusion of vitamins, depending on what you need.”

Like any other entrepreneur, you can bet David always is coming up with a new idea. He’s confident he eventually will find the one that sticks. He said he’s willing to put in the work to get there.

“You see people on ‘Shark Tank’ who started a business three months ago and they already have $200,000 in revenue,” he said. “That’s not my journey.

“I feel like we all have our own journeys — and I’m eventually going to get there,” he said.