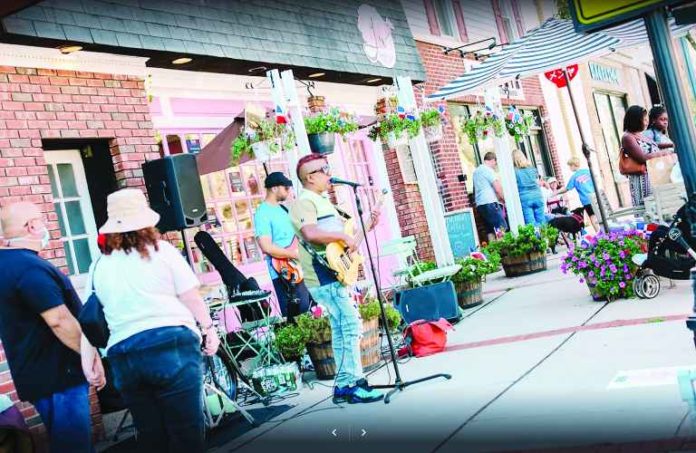 Metuchen is a suburban borough with a problem. One of those good ones.

Isaac Kremer, who leads the Metuchen Downtown Alliance, said it’s seen a rush of business interest even though the pandemic invited new uncertainty about local businesses about two years ago. So much so that the borough is running out of space to put all that business.

“We presently have 10 businesses in the process of opening, and only one vacancy remaining on our Main Street,” he said. “We only have a 4% vacancy rate. … We lost 30 businesses during the pandemic, but there’s been a net increase of 17.”

Along with the good problems, towns have standard-issue problems, at least potentially. The big one: Could a potential recession put another dent in the growth of highly local New Jersey economies?

Kremer said trends for his community have looked uniformly positive during the post-pandemic economic rebound. But, he expects that there could be a host of other issues, such as a new scarcity of capital for businesses, that would manifest in a recession scenario.

“You always have to consider that risk, especially as you’re hearing a lot of projections for a recession by 2023,” he said. “Still, we have what we feel are countervailing forces locally.”

Those forces? A high entrepreneurship rate, a high portion of small businesses owned locally and a cluster of businesses that don’t compete head-to-head with the biggest retailers.

Along with that, local economic development leaders expect they’ve curated a diverse enough mix of businesses to not struggle when one industry takes a plunge.

“The nature of many of these jobs — I don’t want to say they’re recession-proof — they’re stable, though,” Kremer said.

In the larger community of Lakewood, which has long been one of the state’s fastest growing suburban cores, the story isn’t altogether different.

Its growth even throughout the pandemic has it reaching a tipping point. There’s not much room left for growth, which means opportunities are trickling out to Toms River and other surrounding towns.

Steven Reinman, executive director of the Lakewood Industrial Commission, said that’s creating a suburban version of the “metroplex,” a descriptor traditionally reserved for a region that fuses together several smaller towns with an anchoring urban center.

It’s a strong position to be in, he said.

There are no guarantees, despite that, that a slowdown in the economy at large won’t be felt locally, he adds.

“But, with a wide range of businesses here — between health care, financial services and any number of distribution and manufacturing activities — it’s hard to imagine a lot of business activity coming to a halt, even if it slows,” he said.

In the event of a recession within the next year, which economists at credit rating agency S&P Global Ratings and Wall Street pundits are saying is increasingly likely, local economic development groups aren’t expecting to see all the growth that has brought them to high occupancy rates to dissolve overnight.

But, Reinman said, it’s not going to be a pleasant experience, either.

“You just can’t control these things,” he said. “But it’s something we’ll be keeping a tight eye on and doing what we can to help the community through it.”