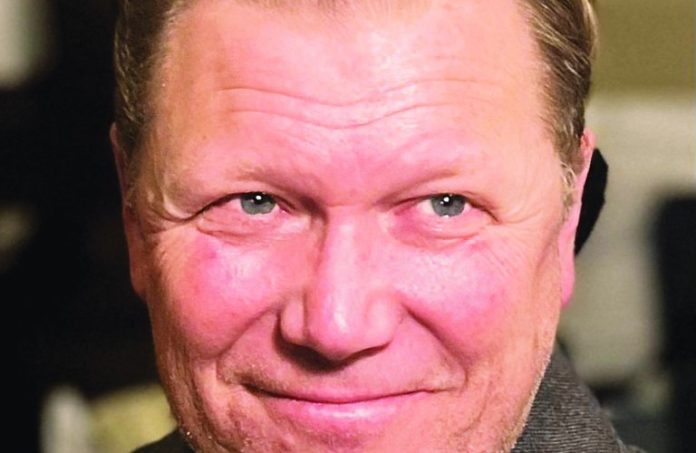 Business has been good for New Jersey’s architecture and engineering firms. And Andy Raichle, a local civil engineer, would add — importantly, with talk of a recession looming — that he expects business to remain good.

Raichle is a vice president at Matrix New World Engineering, one of the New Jersey firms that’s looking into the far-distant horizon and seeing nothing but potential in public infrastructure projects … along with a cliff-face that private-sector work could be headed for.

There’s a change already underway at local small and midsized firms, which have seen enough of today’s shifting economic landscape to want to line resources up behind their public infrastructure-focused disciplines.

“Over — let’s call it the past six years — you’ve had a lot of private work between supply chain trends, warehousing and redevelopment work,” Raichle said. “Now, as we see the talk of a potential recession, we’re also seeing public money coming into place that’s backstopping workflows.”

The makeup of firms such as Florham Park-based Matrix has them split close to evenly between private investment-driven developments and public infrastructure jobs.

“So, while a 50-50 split might be ideal, we may move into a 60-40 split of public infrastructure work in the near future, whereas it might have been 60-40 private in the past,” Raichle said. “Our folks are trained to live in both worlds, which allows us to ride these changes in the economy.”

Last year’s $1.2 trillion federal infrastructure bill is guiding north of $12 billion into New Jersey coffers for public infrastructure projects. That’s funding roads, bridges and the rest — but also cleanups of emerging contaminants such as groundwater- and soil-invasive consumer goods component PFOS chemicals (a major opportunity for a firm that does environmental remediation like Matrix).

“That federal infrastructure funding is just starting to hit the books now,” Raichle said. “We’re still largely at the pen and paper part of it, in which agencies are starting to secure professional teams and bids and permits are being worked on.”

It’s all early rumblings, of course.

Firm leaders don’t stray too far from the wisdom industry commentators imparted to Jerseyans from the initial bipartisan passage of the infrastructure plan: It’s a long, long process to get this money flowing through the system.

“To give you an example of that, we’re still working on Superstorm Sandy-related infrastructure projects that were funded in 2013 — and some are just now getting ready to go out for bid,” Raichle said.

In other words, those looking to take a years-long involvement in a New Jersey public infrastructure project build out are getting ready. As for whether the projects in question are “shovel-ready” … that’s not a term thrown around lightly.

Regardless, might there be some degree of shovel-readiness among projects in New Jersey set to benefit from this infrastructure trove?

Mike Regan, a T&M Associates senior vice president who serves as the Middletown firm’s practice leader for construction management and project management, said yes … and no.

“There are certainly already some projects working their way through the system that are design-ready, if not actually shovel-ready,” he said. “Mostly, those projects are those that are on the local level, (where) county governments have looked for worthwhile projects that line up with the intent of the bill.”

Regan said there are projects likely going to the bid stage by the end of the year, with the infrastructure dollars at the forefront of planning.

And the guiding philosophy of projects that the infrastructure dollars will go to is also more apparent, he added. There’s less of an interest in repairing infrastructure that’s in disrepair only enough to get it into serviceable condition

“In the past, it was sort of a wash-rinse-repeat type of approach,” he said. “The goal as I understand it — in talking with some of the agency leaders involved — is to make sure this investment goes to projects that rethink infrastructure and design projects.”

That means putting factors such as a project’s ESG, or environmental, social and governance, front and center. In practical terms, that might involve looking at how a highway project might cut an underserved community in half well before the cement is poured.

Working all that out — along with sorting through a permitting process with sometimes labor-constrained agencies dealing with a peak throughput of firms gearing up for projects — is going to take time, there’s no doubt.

Larger projects — the sort that larger, global firms might take the lead on with local firms in consulting roles — are going to take much longer to get “shovels” near anything resembling “ready.”

But, for Regan’s local firm and others, he’s still expecting projects of this sort in the future to be both a short- and long-term driver of growth while the private sector work slows.

“Public infrastructure markets will be busier,” he said. “That’s where the growth will be, and where the jobs will be in the coming months and, probably, years.”