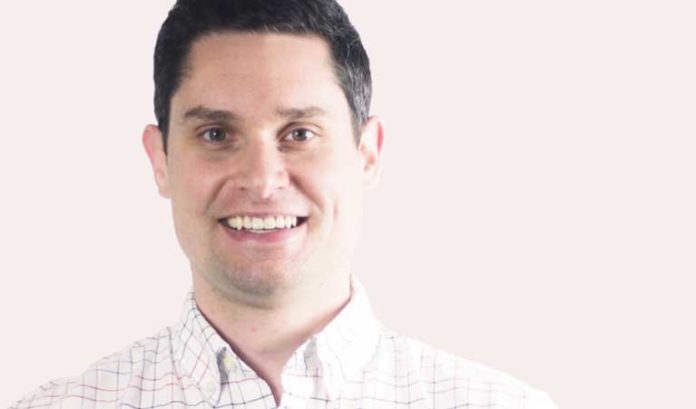 At an Innovation+ chat with James Barrood, Angelo Stracquatanio, co-founder and CEO of Jersey City-based Apprentice, discussed how he got from a background in engineering and finance to his current position, on the cutting edge of innovation in pharma manufacturing.

The complete video of the talk can be found here.

Apprentice is bringing pharmaceutical manufacturing into the 21st century using its Tempo Manufacturing Cloud — a no-code manufacturing platform built to help life-science organizations scale up. As its website says, this is “one platform to turn molecules into medicine.”

“Apprentice built out an intelligent manufacturing system for life sciences, which, as you can imagine, during the pandemic, was quite an important piece of software to help these organizations get therapeutics to market,” Stracquatanio stated.

Prior to starting Apprentice, Stracquatanio had three failed startups, and none of them was in the pharma industry. None of his losing startups used other people’s money, however.

“I failed on my own dime,” he told Barrood.

After he closed his early startups, Stracquatanio went to work for Lehman Bros. As it happened, he was working there when the company collapsed in 2008; after that, he found work at Lord Abbett, in Jersey City. Then, he met his wife, who was in the life sciences field.

“When I was talking to her back in 2013, eight-plus years ago, we were talking about how they were using a 200-page paper binder to help manufacture what I thought at the time was one of the most sophisticated molecules on planet Earth. And it was shocking to me as an engineer. I thought, ‘How is this possible, using paper to go through the super-complex process to capture this complex data and make decisions in a way that wasn’t using technology software?’”

He decided he would build a startup to help pharma companies transition to technology, while keeping the ergonomics involved with the process intact.

“(We) built around mobility — mobile tech, mobile devices — and we went one step further, to using head-worn devices,” he said.

“For the first four years of Apprentice — four years, just put that in perspective: people get entire college degrees in that period of time — it was just myself and my co-founder, being out there in the wilderness, just trying to get in the front door of our customers and build trust,” he said.

While Apprentice started out by showing customers how they could speed up their tasks by using augmented-reality glasses, the company realized early on that it couldn’t just offer cool tech. It needed to create a complete manufacturing-execution system for the life sciences. Then, augmented reality could be part of the platform.

“In the enterprise, there’s just a reality to having to work hands-free. You know, I’m using my two hands to manipulate equipment, capture data, work in a very difficult and harsh environment. And a headset is perfectly tailored, perfectly suited for that type of ergonomic use case. So, I think there’s huge value in it,” he continued.

“The takeaway is, we really had to do this crazy thing, which was to build this complex system to unlock product-market fit. That was the thing that finally unlocked it for us. … That’s how we incorporated new tech to solve some really big challenges for a pretty critical industry that we’ve all now have been recipients of during this pandemic.”

Leading through the pandemic

Later in the conversation, Barrood asked questions about Apprentice’s growth.

Said Stracquatanio: “What’s fascinating is that, going into the pandemic, we were a pretty small company, with 18 people. That was just about two years ago now. Now, we’re over 200 people. Not only that, we raised three rounds of financing during the pandemic that culminated with our $100 million Series C that we just completed a couple months back, for a total amount of funding about $140 million. My revenue since the beginning of the pandemic is up 12 times.

“But, more than that, the biggest thing that we took out of this whole thing was the trust and credibility that we built with our customers, because, yes, we did help them directly with not only the COVID vaccine, but helping them study the global drug supply chains, during the worst thing to impact this industry in 100 plus years of its existence.”

He noted: “(In) February of 2020, we took a big gamble to retool our software. Previously, we deployed all of it on-site. We, ourselves, used to physically go to the customer and help get them up to speed. Well, we recognized that we probably weren’t going in person. So, we retooled everything in February 2020 to get ready for this thing that we didn’t even know was possibly coming, and then came.

“What’s interesting about our platform is, not only does it have the whole drug-making software built in, on top of that we have this augmented-reality remote collaboration tool. It allows people to put on their headset, share what they’re looking at in their field of view and (essentially) have a subject matter expert in their bedroom, to help guide and troubleshoot and point them through their process using augmented reality.”

He noted that it was a big deal for organizations to be able to continue to collaborate, continue to execute and to work on some of the “most complex challenges that humanity has been faced with in a really long time.”

Near the end of the conversation, Barrood focused in on what Stracquatanio has learned during this wild ride of 12-times growth.

If you are clear on what the goal is, what you are working on, what the timeline expectations are and who is working on this all over the country, you have the ingredients to grow, he added.

Stracquatanio admitted that he’s almost fanatical about the Objectives and Key Results methodology.

“I believe that, through OKR, it creates alignment, which thereby creates clarity for my team, which then helps facilitate decision-making velocity, so my team can be more empowered to make the best decisions and ultimately help the organization go faster,” he said.

The method allows teams to gauge whether they are on or off track.

“If we’re off track, that’s OK,” he said. “We created an environment where it’s OK to be off track, as long as you predict that we’re going off track, come up with a new plan to get back on track and communicate early and often throughout the organization. If we simply aren’t going to make it, we have to adjust some other lever in the business to ensure that the business can be successful.

“For me, I’ve seen that it’s been incredibly helpful to get the business to where it needs to go. And we’ve seen the results we’ve had planned now for almost two years straight.”

Immediately after Apprentice got funding for the first time, Stracquatanio reached out to a CEO coach who was recommended by his first investor. He credits the coach, Kirk Dando, with introducing him to this methodology.

“I raised my hand, and I said, you know, I don’t know what I don’t know. I wanted someone to help me peek around the corner and help me predict what was going to happen as best I could,” he said. “So, I started working with Kirk, who has been by far my biggest secret weapon, because I’ve really adopted his religion.

“Even though we were very small company for the first two and a half, three years of working together, we started to instill that process very early on. So, when growth finally came, it felt very natural to me to do what I needed to do, and the organization was able to adopt this. And then, as we’ve started to feed people into the bottom of the organization and started to grow it, the system just naturally started to scale. So, he’s been fundamental to my success, because there’s no way I would have been able to predict what I was going to run into without him helping guide me through all this.”