Home Opinion Editor's Desk Pushing back on mandatory retirement: ‘Ageism is as stupid as racism and...
Facebook
Twitter
Linkedin 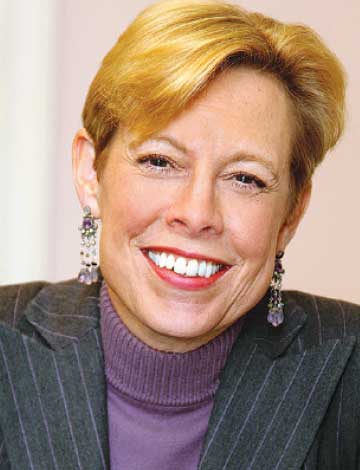 Nancy Erika Smith will gladly admit it: She hated to see Justice Barry Albin leave the New Jersey Supreme Court because she feels he’s one of the finest justices of the past 25 years.

“He’s a tremendous loss on the court,” she said.

Smith, however, is even more upset by the reason Albin left the court: His age.

In July, Albin became the third justice forced off the N.J. Supreme Court in the past year because they reached the mandatory retirement age of 70.

Smith, one of the top lawyers for employment and labor in the state, quickly rattled off examples.

“(State Sen.) Loretta Weinberg retired at 87,” she said. “I don’t think anybody could say there was a more effective legislator in New Jersey in the last 17 years – and she’s still a force to be reckoned with. The governor and legislators and people who care about what happens in New Jersey still rely on her.

“John Glenn went on the space shuttle when he was 77.

“Justice (William) Brennan sat on the United States Supreme Court until he was 84, leading the cause for civil rights.”

Brennan, it’s worth nothing, wouldn’t have been able to do that at the job he had before he reached the biggest court in the land – as the Newark native was sitting on the N.J. Supreme Court when he was nominated to go to Washington, D.C.

The issue of age in the workplace is not new.

Many prominent New Jersey companies have mandatory retirements for both their C-suite executives and their board members.

“I think age discrimination is as rampant today as it it’s ever been,” she said. “It’s in our culture.”

Smith has the receipts to prove it.

“About five years ago I did a seminar for the State Bar Association where I talked about it as being the last kind of discrimination that is accepted,” she said. “From newspaper articles to statements by famous people, I showed how it is an acceptable form of discrimination.

“Talking about people’s ages and how people are treated because of their age is totally acceptable in most cultures, certainly in the United States. So, I don’t see that abating at all. It’s just as bad as it’s ever been.”

It’s certainly in the news now.

Everyone knows that President Joe Biden, who will turn 80 a few weeks after the mid-terms, already is facing questions about his age during discussions about running for a second term.

Smith isn’t afraid to debate the issue of age. And, don’t be mistaken, she does not feel that one answer fits all.

“Yes, it’s possible that there are people in our government today who have lost some mental acuity because of age or disability – and that should be addressed. And you would hope that the advisors to those people would step up.”

What can be done?

When it comes to Justice Albin – or justices Jaynee LaVecchia or Faustino Fernandez-Vina, who both were forced off the court – or any other judge facing a retirement age, there’s little that can be done.

“It’s in the constitution,” Smith said. “We need a constitutional amendment to fix this.”

It’s a line Smith said she has used many times.

“Judges call me every year and ask, ‘How can they do this?’” she said. “I can’t help them. I have to tell them, ‘It’s in the constitution.’ With any other any other job in New Jersey, I could sue if you were forced out and 70, but not this one.”

“Anytime you categorically decide what people are capable of, you’re being stupid,” she said. “Often people do their absolute best work when they have a lifetime of learning.

“We shouldn’t have this ageist view of people. There are many examples of people accomplishing a tremendous amount in science, medicine and art long after they reached 70.”

Smith points to the Noble Prize.

“Could you imagine telling Albert Einstein to stop working at age 70?” she asked.

Smith knows the argument: One generation needs to yield to the next.

She just doesn’t buy it.

Smith hopes the state will take steps to address the issue – perhaps correcting for time. As in life today. It’s different than it was in 1947, when the rule was written, she said.

There have been movements recently of raising the retirement age for judges to 72 or even 75, but they didn’t get very far.

Smith said it may be time for the Legislature to re-examine the issue again for one simple reason:

“Seventy is young,” she said.