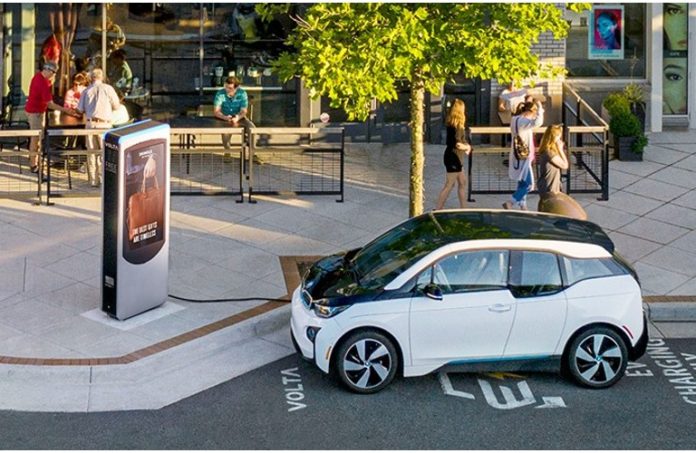 Hoboken is getting at least 25 new electric vehicle charging stations through a new partnership with Volta Inc., according to a Thursday announcement.

Mayor Ravi Bhalla said Hoboken will expand on-street electric vehicle charging infrastructure to more than double the amount of publicly accessible charging ports citywide, all at no cost to the taxpayer.

Once installed, nearly all residents will be within a five-minute walk of a public EV charger, as demand for EV charging infrastructure is surging in Hoboken. Vehicle registration records show there are currently over 1,600 electric or plug-in hybrid electric vehicles registered to Hoboken residents, and this number is predicted to triple by 2025.

“An accessible and public electric vehicle charging network is an essential component of achieving Hoboken’s Climate Action Plan to become carbon-neutral by 2050, by reducing our dependency on fossil fuels,” Bhalla stated. ”Through this new partnership with Volta, no matter where a resident lives in Hoboken, they will be within a five-minute walk of a charger, making it easier to own an electric or plug-in hybrid car. I look forward to cutting the ribbon on the first station in the new year, which will come at no impact to the municipal budget.”

Through this partnership, the city will also receive a share of advertising screen time to promote city events, provide real-time transit information and more.

The city and Volta will determine the pricing of charging a vehicle through the new Volta charging stations in the coming months. The city’s goal is to provide affordable and conveniently located charging stations that residents can easily access.

Expanding the accessibility of electric vehicle charging infrastructure is a key initiative within the city’s Climate Action Plan to reduce greenhouse gas emissions and become carbon-neutral by 2050. Since the first public charging stations were installed in 2021, more than 3,300 people have charged their vehicles over 4,300 times. Of these charging sessions, almost half have taken place at the city’s only on-street charging station on First Street, demonstrating the appeal and accessibility of curbside charging.