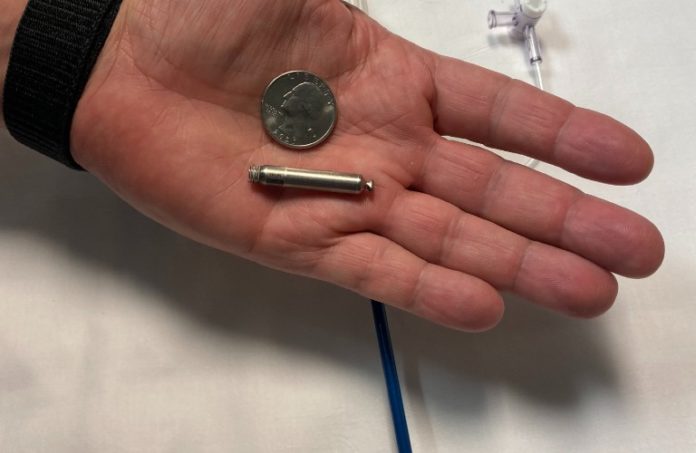 Patients with slower heart rhythms are often treated with a pacemaker, which uses pulses of electricity to trigger the heart to beat.

Deborah said the Aveir VR leadless pacemaker is the world’s only leadless pacemaker designed to be retrieved — or removed — when it has to be replaced. Like other leadless pacemakers, Aveir VR does not require insulated wires — known as cardiac leads — that deliver electrical energy to the heart. Instead, the device is implanted directly into the heart’s right lower chamber using a minimally invasive procedure.

There are several features that set this innovative option apart:

“This is an exciting new development in the evolution of pacemakers,” Dr. Raffaele Corbisiero, chair of electrophysiology and pacing at Deborah Heart and Lung Center, stated. “Previous leadless pacemakers were implanted with small tines, which grew into the tissue, making removal nearly impossible. These pacemakers usually had a battery life of about five years, which meant, when they had to be replaced, we had to put a second device into the patient, crowding the right ventricle. The new Aveir VR is anchored in with a screw, which allows for it to be removed when it has to be replaced, which is a huge step forward for patients. It also has an extended battery life of 10 years, which is another significant advantage, as well as sophisticated technology that helps us in placing the device, so we don’t have to reposition it multiple times.”