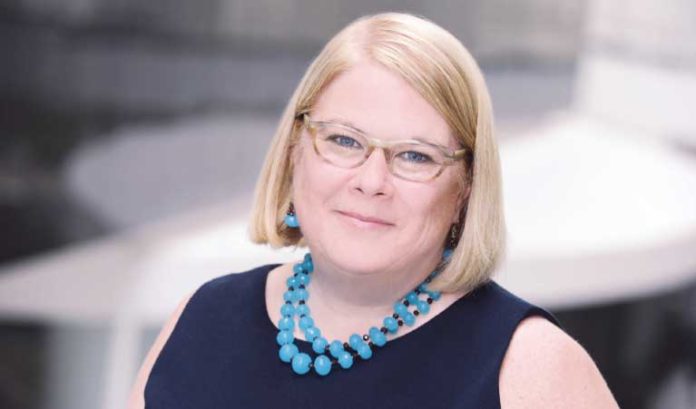 The names roll off like a Who’s Who of the best attorneys in the state over the past 25 years: Critchley, Deutsch, Dunican, Giantomasi, McGovern, Porrino, O’Toole and Scrivo (both of them) — just to name a few.

They all have one other thing in common: They are graduates of the Seton Hall School of Law.

When ROI-NJ decided to do an ROI Influencers: Law list for the first time, we thought it would be interesting to see which law school produced the most members of the list. (And, for clarity, the list only includes lawyers working at firms.)

Kathleen Boozang, the dean of Seton Hall Law, was thrilled by the statistical honor — and said it was one that should be shared by all alumni and current students.

Just over 100 attorneys were selected for the first ROI Influencers: Law list. See the honorees — plus a select list of ‘Rising Stars’ — here.

Boozang, who has been at the school since 1990 and has served as its dean since 2015, said the honor matches the vision and mission of the school, where young attorneys are taught to give back, not only to society, but to the next generation of lawyers.

This sense of togetherness is everything, Boozang said.

“We’re really intentional about our ethos,” she said. “Obviously, when you’re launching lawyers, having outstanding teachers, a strong skills curriculum and ensuring that your graduates pass the bar the first time are all necessary, but it is not everything.

“Our hope and expectation is that it will continue throughout their careers. And it includes, of course, giving back to the law school and the next generation.”

Alumni, Boozang said, are a big part of the success of Seton Hall Law. Whether it’s serving on the law school’s board of visitors, giving a presentation, teaching a class or speaking at graduation, Boozang said the school is big on promoting the engagement among classes.

A look at the law schools that produced the most members of the ROI Influencers: Law 2022 list:

Bill Palatucci, who previously served on the board of visitors, said staying active with the school has been a welcome perk.

“Starting with Dean Pat Hobbs, the law school’s leadership has always made sure that door was open to come back and be involved,” he said.

And to be actively involved, Palatucci said.

“Both Pat and Kathleen welcome constructive criticism and recommendations on any of the challenges facing the law school.”

This all-in-it-together approach plays out in the work world, too.

Boozang said the school doesn’t push graduates to stay in-state — the school has alumni all across the country, she said. But the ones who do stay here often reach out to fellow alums when it comes time to hire.

“A lot of the success of our alumni is the results of people watching out for each other and being truly invested in advancing the Seton Hall lawyer who hopefully has common set of values, is really well educated and wants to be a leader and give back,” she said.

Chris Porrino, a former New Jersey attorney general, is obvious proof of that.

He said that’s thanks to the school — and the relationship he made with another Seton Hall alum, former Gov. Chris Christie.

“I believe that what Christie has done for so many of us (Michael Chagares, Paul Matey, Craig Carpenito and countless judges) has made a real difference,” he said.

Boozang said it’s all part of the pull of Seton Hall Law.

The school, she said, enrolls about 240 potential lawyers a year — about 200 of whom are full time; the rest are in the booming part-time weekend program.

She’s proud of the school’s success rate — over 90% of the Class of 2021 passed the bar on the first try. And proud that the school’s extensive network (including nearly a dozen who are the leaders of firms) helps the graduates land their first job.

But, while Boozang is thrilled by those numbers, she’s happier still to say the success of the school is about so much more than passing the bar and getting a job.

“Our goal is to expose students to the plethora of opportunities of what they can do with their law degrees,” she said. “Our mantra is: One student at a time.

“We work with students to discover their passion, to inspire them in an area they may not have considered, and then help them on the path to success when they’ve discovered that passion. We don’t talk about getting a student a job, per se. We talk about launching a career.”