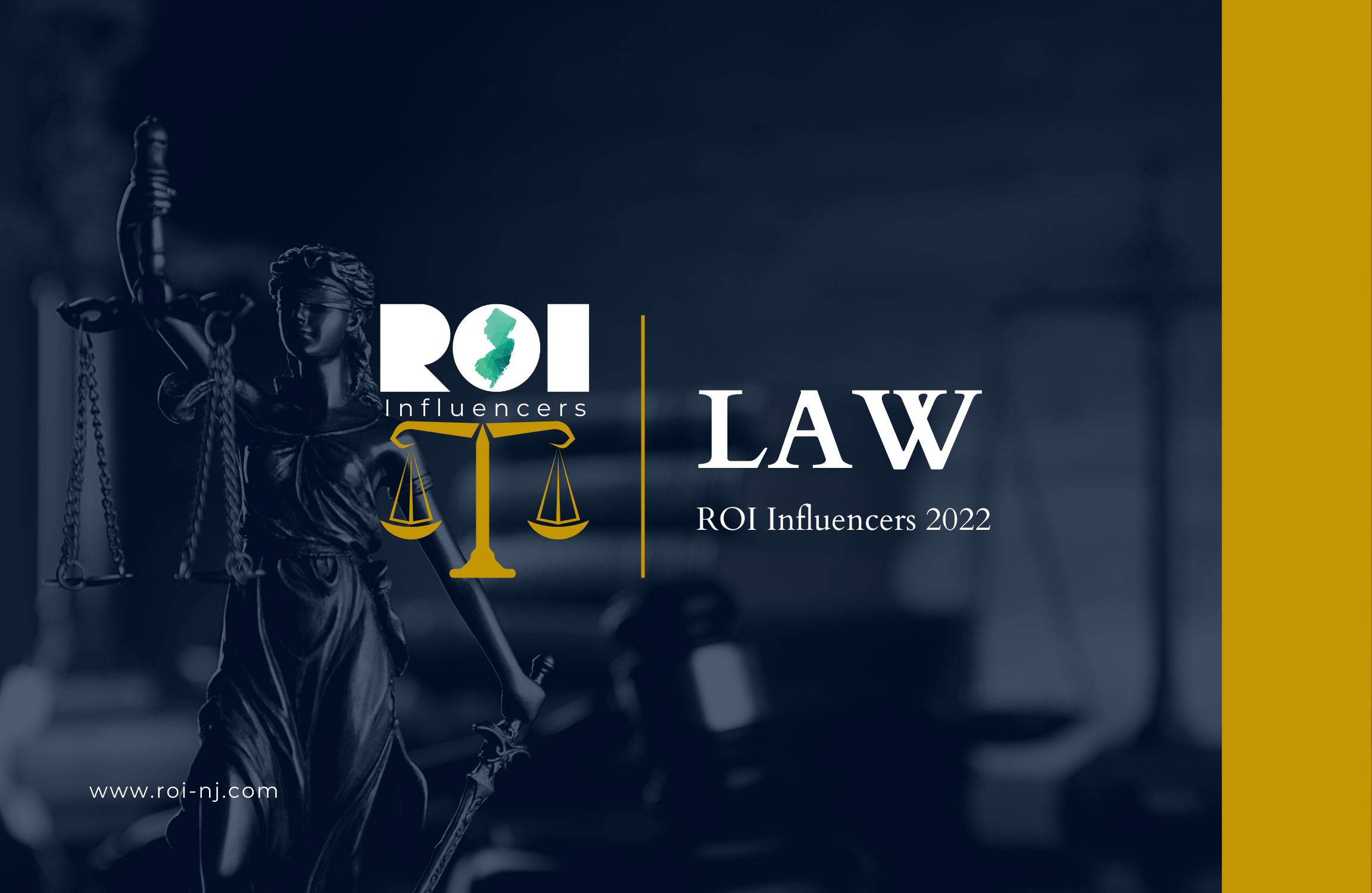 The hardest part about selecting the first ROI Influencers: Law list was deciding the scope of eligibility.

In a state with an overabundance of top legal talent, a focus needs to be found. Here are our parameters: The list aims to honor the lawyers in New Jersey that have the most influence on business issues and transactions — and/or running the business of a firm. Only attorneys for whom legal work at a law firm is their primary focus or source of income were considered.

Those who serve in government (such as acting Attorney General Matt Platkin), who sit on the bench (such as Supreme Court Chief Justice Stuart Rabner or District Judge Esther Salas) or who work as a corporate counsel (such as LeFrak’s Jeremy Farrell) were not eligible.

To be eligible to be a Rising Star, an attorney had to be less than 10 years removed from passing the bar.

The list was selected by the editorial board of ROI-NJ based on opinions of business and government leaders, nominations and our editorial judgment.