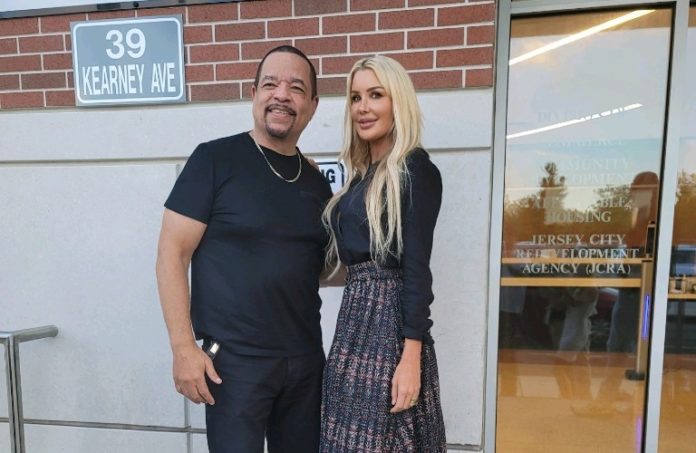 You know him as a legendary actor and rapper, and, now, Ice T has been awarded approval for a recreational cannabis dispensary in Jersey City. The New Jersey native on Thursday said he partnered with longtime friend and cannabis expert Charis B, founder of the Medicine Woman, a leading cannabis brand and dispensary.

Slated to open later this year, the new dispensary is one of the few approved by the Jersey City Cannabis Control Board, which establishes and enforces the rules and regulations governing the licensing, cultivation, testing and selling. With a fashion-forward aesthetic and excellence in branding, the Medicine Woman Jersey City will include 5,000 square feet of premium retail space featuring New Jersey cannabis brands, limited edition merch, education and inspiration.

“I’ve dedicated my life and career to giving back and paving the way for minorities. As a New Jersey native, I’m excited for the opportunity legalization offers our community, and I look forward to ushering in a new era for cannabis in the state,” Ice T stated. “I’ve partnered with my friend of over 25 years, Charis B, who is an authority in cannabis and founder of the Medicine Woman, to ensure a premium experience for our customers and community.”

Minorities and people of color have been disproportionately affected by unjust marijuana prosecutions in New Jersey and beyond. In fact, in New Jersey, Black people are three times more likely to be charged with marijuana possession than white counterparts. The Medicine Woman Jersey City is committed to sourcing staff from the local community and has partnered with several local charitable organizations. Inaugural partnerships include the Last Prisoner Project, Jersey City Mural and Arts Program, Jersey City Employment and Training Program and Hudson County Community College, with more to be announced.

“The Medicine Woman started as a California nonprofit delivery service; giving back to our community has and will always be a priority to us. We are passionately devoted to providing access to safe, affordable and quality plant medicinal remedies,” Charis B, founder of the Medicine Woman, stated. “Partnering with Ice T to bring the Medicine Woman to New Jersey is a meaningful extension of our mission, to provide ‘Nothing But The Best.'”

The Medicine Woman Jersey City is slated to open in fall 2022.