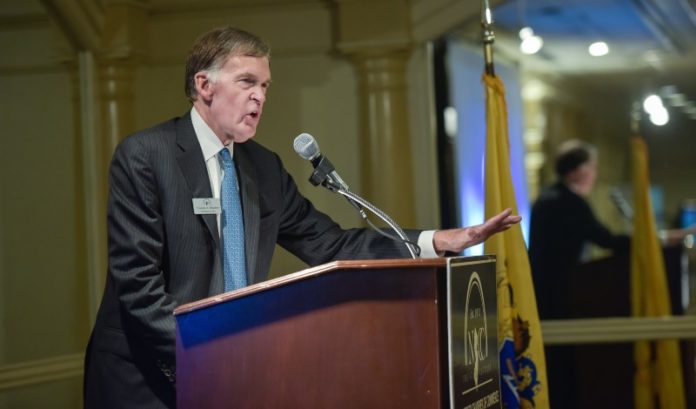 Before signing the new state budget, Gov. Phil Murphy repeatedly said that he wants New Jersey’s taxpayers to get the biggest bang for their buck.

Taxpayers would have seen the biggest bang had the Fiscal Year 2023 state budget invested adequately in New Jersey’s small businesses — the constituency that creates the jobs and generates the tax revenue to support the governor’s programs.

Unfortunately, the new budget does not do that.

This lack of investment in New Jersey’s business community is especially puzzling in the wake of CNBC’s just-released report that ranks the economic competitiveness of the 50 states.

In this year’s results, New Jersey plummeted 16 places in the rankings, to finish 42nd — the biggest drop of any state. And it received an “F” in the category of business friendliness.

All the while, small businesses in New Jersey are dealing with an inflationary economy, a supply chain crisis, skyrocketing energy costs, double-digit hikes in health insurance rates and a labor shortage that shows no sign of abating.

Other states across the nation are using their federal pandemic relief aid to help strengthen their business climate, and taking other actions to become more competitive.

For example, last week, Pennsylvania approved a reduction to its Corporate Net Income Tax from the current 9.99% to 8.99%, effective Jan. 1, 2023. The plan calls for the tax rate to drop an additional 0.5% each year until 2031, when it will reach a set rate of 4.99%. Meanwhile, New Jersey’s top Corporation Business Tax rate of 11.5% is the highest in the nation, thanks to the state extending a 2.5% surcharge that was supposed to sunset last year.

Fresh on the heels of this news came a report from the state Treasury that New Jersey’s debt during the first year of the pandemic had exploded to more than $248 billion, making it one of the nation’s most indebted states — a cautionary and concerning sign for the state’s future.

The Murphy administration and the New Jersey Economic Development Authority have implemented incentive and grant programs during the pandemic designed to pave the way for an economic recovery. However, the current business climate suggests that their impact has fallen short. Just one example of a program that did not work is the state’s Return and Earn program, which was designed to offer $500 to unemployed people that return to work and provide subsidies to employers that hire them.

According to a news piece by WNYC and Gothamist, the program went virtually unused because so many company applications were rejected — victims of too many bureaucratic hoops to jump through.

Left in the cold

While many worthy programs in the state are strongly supported by the new state budget, the business community was left in the cold.

In a budget that reflects a record $50.6 billion in spending, a meager $50 million was dedicated for grants to small businesses — that’s one-tenth of 1% of this budget.

Making matters worse, the state has decided to sock employers with a tax hike to replenish the Unemployment Insurance Fund beginning this month.

The tax hike is especially frustrating since other states used federal aid to replenish their Unemployment Insurance funds. Here in New Jersey, bipartisan legislation was proposed that called for utilizing some of the state’s huge revenue surplus and federal aid of $10 billion to replenish the UI Fund and spare employers this tax hike. The bill was killed without explanation.

Legislature must step in

While the New Jersey Chamber of Commerce remains open to further discussions with the Murphy administration, our businesses need help now if they are going to have a fighting chance to get back on their feet.

We urge the members of the state Legislature to step in and act.

We are encouraged by the words we are hearing from legislators.

After the budget was signed into law, Sen. Vin Gopal (D-Ocean Twp.) said he would “not give up the fight when it comes to getting relief — any relief for the business community. This budget didn’t do enough for small businesses and that is what we need to correct.”

“New Jersey employers (are) pounded by a major payroll tax increase,” he said. “We have many things to work on to make New Jersey more competitive, more efficient and more fair for all.”

We hope legislators on both sides of the aisle heed the words of Gopal and Oroho and take the timely and bipartisan action our business community — and our state — needs now.

Make this investment in our business community so New Jersey taxpayers can truly get the biggest bang for their buck — and, next year, CNBC can report that New Jersey has skyrocketed to the top tier of economic competitiveness.

The need is clear. The funds are there.

What we need now is the will and the wisdom of the Legislature to act.

Tom Bracken is CEO and president of the New Jersey Chamber of Commerce, headquartered in Trenton.

Diversity is more than an HR program … it’s good for...