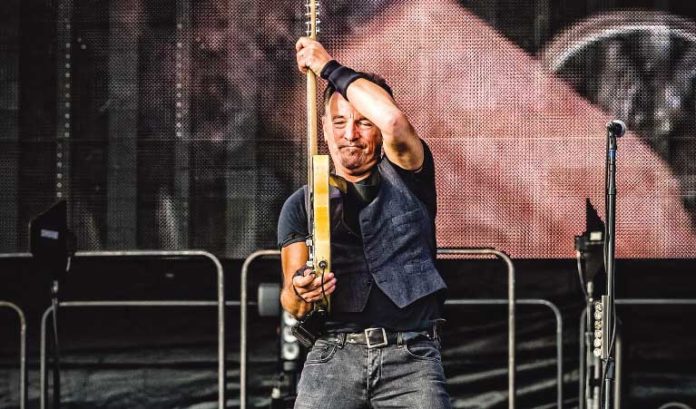 Speaker Craig Coughlin is calling for an Assembly hearing into the fairness of ticket pricing practices in New Jersey.

Coughlin (D-Woodbridge) is reacting to concerns about prices for Bruce Springsteen’s April 14, 2023, show at the Prudential Center. Some of the tickets, which go on sale Friday morning, could go for thousands of dollars because of a “dynamic pricing” tool that attempts to gauge market price.

Coughlin, in a statement, appears to be coming to the defense of the “common man,” which — ironically — is a class that Springsteen has so long been said to represent.

Here is his statement:

“I am extremely troubled by the actions of Ticketmaster and other vendors, whose policies have left so many unsuspecting fans with outrageous ticket prices and fees, making attendance to certain Jersey concerts unaffordable for working folks. It’s highly unfair that only the wealthiest can afford access to a quality show, under these circumstances. We have tremendous venues in New Jersey for sports, concerts, theater and arts. It’s one of our great attributes. Not being able to afford or be given fair access to see your favorite band or team play is simply unfair.

“Obscene ticket pricing and scalping are, unfortunately, real issues. Working to make our state more affordable for all residents to enjoy, especially as inflation has left people struggling, it’s our responsibility to investigate current pricing practices, and the Assembly will conduct a hearing to ensure fairness and affordability in the process. We have strong consumer protection laws in our state. Let’s make sure none are being violated and, if we need to update laws regarding tickets and scalping, then let’s do so. Price gouging, particularly in the primary market, cannot and will not be tolerated.”

Complaints about tickets for Springsteen’s tour have been growing in the past weeks as tickets for earlier shows went on sale.

Springsteen has remained quiet on the issue. His manager, Joe Landau, gave a statement to the New York Times.

“In pricing tickets for this tour, we looked carefully at what our peers have been doing,” he said. “We chose prices that are lower than some and on par with others.

“Regardless of the commentary about a modest number of tickets costing $1,000 or more, our true average ticket price has been in the mid-$200 range. I believe that in today’s environment, that is a fair price to see someone universally regarded as among the very greatest artists of his generation.”