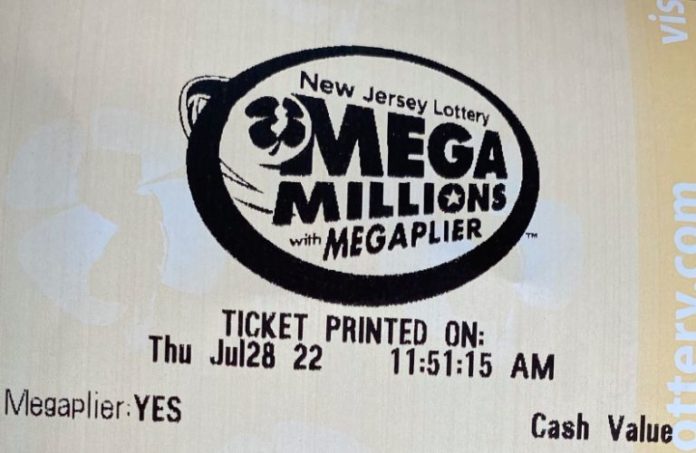 Here’s the funny thing about the lottery — even drawings that routinely pay hundreds of millions of dollars: There is a tipping point when everything changes.

“About $500 million,” Missy Gillespie, the chief communications officer of the New Jersey Lottery, said with a laugh.

“It’s incredible to think about it, but there is such a thing as lottery fatigue. People get used to seeing jackpots in the hundreds of millions, so, even when it’s a few hundred million, there’s not a huge interest. People actually have in their mind that $400 million isn’t enough money to be bothered to go buy a ticket.

“But, once it hits $500 million, people say, ‘I could do something with that,’ and the excitement really starts to build, and it really gains speed.”

The jackpot is much higher than that now. Friday night’s Mega Millions jackpot could be as much as $1.25 billion — the second-highest figure of all time. Should no one win again, it’s likely next Tuesday’s total will surpass the $1.56 billion Powerball jackpot from January 2016.

Gillespie doesn’t have time to ponder that. She’s still trying to get through the busiest week of her three years with the organization. It wasn’t just the buildup to Friday night, and Tuesday’s drawing, when no one won the $830 million jackpot, but Friday also marks the first day of the Festival of Ballooning in Whitehouse Station. The lottery is serving as the named sponsor for the third time.

Gillespie found a few minutes to speak with ROI-NJ about all things Mega Millions and the lottery. Here’s a look at the conversation, edited for space and clarity.

Missy Gillespie: The biggest thing is, we stop paying for media support and just used earned media, because there’s so much out there. But we don’t stop communicating, we just do it differently. We start using social media to promote responsible gaming messaging.

That’s really important to us. We would rather have a lot of people buy one ticket than one person buy too many tickets. We want people to play responsibly — and what’s responsibly for every person is different.

MG: The lottery is meant to be entertainment. It’s for your discretionary funds. We are very big about saying, ‘If you’re playing the lottery for your retirement, you need to come up with a new plan.’ We want people to dream. There’s nothing better than thinking about what you can do with all that money. And somebody always wins. I talk to winners all the time.

MG: It is so gratifying. I have seen so much. I watched a woman win a Powerball jackpot who had a son who didn’t have health insurance. She said, ‘Now, I can pay for his operation.’

I watched a guy win multiple millions who was so calm and cool and collected about it. He said he’d already won the lottery and that this was just a bonus. I said, ‘What do you mean?’ He said, ‘I should have died years ago, but they were able to save me. So, I already feel like I won the lottery.’ It wasn’t a big deal to him.

I had another person who won hundreds of thousands of dollars, but I had a hard time getting them to come into the office because they were too busy.

I have seen absolutely everything.

Have a gambling problem?

As the chief communications officer of the New Jersey Lottery, Missy Gillespie gets to talk about the life-changing experience that comes with winning the lottery. She also talks about responsible play.

“We have a great partnership with the Council on Compulsive Gambling of New Jersey,” she said. “We put the 1-800-GAMBLER number on all of our tickets and on our advertising. We take responsible gaming seriously.

“In the fall, we will have our annual awareness campaign: ‘Not 18 Yet? No Bet.’ It seeks to remind residents and retailers that New Jersey law prohibits the sale of lottery tickets to anyone under the age of 18.”

ROI: When someone does win a big jackpot in New Jersey, what comes next?

MG: You have a year from the date of the drawing to claim it. And, when you’re dealing with money this large, we recommend that you speak to professionals first. We can’t give you any advice on who to see, but we do recommend that you talk to a tax accountant or a financial planner or maybe an attorney. This is big money. There are a lot of different professionals that can help you.

ROI: Do you talk about security?

MG: We do tell them about a lot of things, but, remember, it’s a little different in New Jersey because you have a right to anonymity by law. We’re not going to hold a big press conference and tell everyone your name. And reporters can’t call us and get your name. The only way people are going to know that you won is if you tell them you won.

ROI: Of course, the winner isn’t the only winner. How does New Jersey benefit?

MG: The store that sells the winning ticket gets $30,000. It’s a flat rate. And the state gets 8% of the winnings. The federal government gets 24%.

ROI: Last question. Your friends and family know you work for New Jersey Lottery. What are the questions you get this week?

‘Parallels and relationships’: New CEO talks about her plans for State...