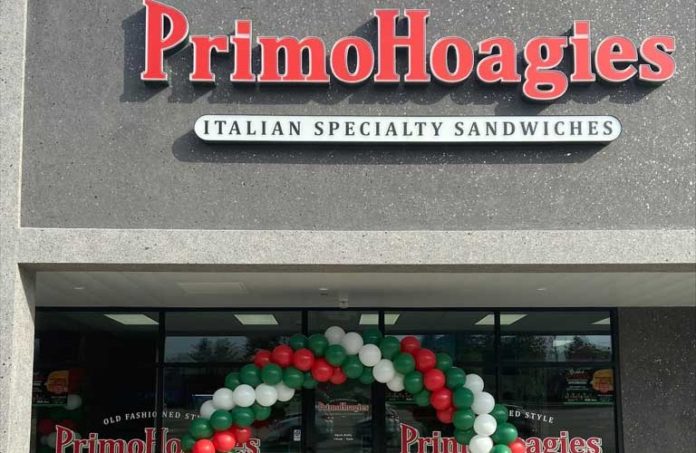 Eric Bonner, chief operating officer of PrimoHoagies, said he was thrilled with the way the grand opening of the company’s latest location, in West Orange, went on Friday.

Hundreds of local residents – and the Seton Hall men’s basketball team – joined in the festivities.

“There was a lot of excitement and enthusiasm around the store,” he said. “I try to make all of the openings because they always are great days for the company and the franchisees.”

Bonner, who has been with the Westville-based company in various positions for more than two decades, better be ready to travel.

The West Orange location was the 90th for a store that began in South Philadelphia in 1992 – but it’s just part of a major franchising surge that’s underway.

Bonner said PrimoHoagies not only is making a push into North Jersey – locations in Allendale, Byram, Hoboken and Succasunna are in the process of being built – it’s extending its presence along the East Coast while beginning to introduce itself in the Midwest.

PrimoHoagies has 22 stores under construction – and another 30 under development, Bonner said.

Bonner said the family-owned company was fortunate during the pandemic as it’s grab-and-go model was not impacted. In fact, it may have been helped.

“We have some seating at locations, but 95% of our business is takeout,” he said.

And, in what is an unfortunate outcome for others, Bonner said the company’s expansion plans were helped because it was able to acquire locations of other restaurants that did not survive the slowdown.

Most of those locations were in strip malls – the primary spot for PrimoHoagies. But Bonner said the brand shouldn’t be confused with many of the national sandwich chains that can be found in similar locations.

“We serve a higher-quality product. All of our meats and cheeses are freshly sliced and made to order. Our produce is locally sourced. Nothing is pre-cut. And our bread is our own internal recipe that we bake in each store in our smart ovens.”

“People know that Thumann’s is a top-quality brand,” he said.

Some also may known that it is based in Carlstadt – which begs the question: Why not make a push in North Jersey earlier?

“We always knew it was a market we wanted to be in, but we wanted to build out our infrastructure in the tri-state area around Philadelphia first,” Bonner said.

The company has done just that.

It started franchising just after the turn of the century. It’s first two franchise locations were in Wildwood Crest and Ocean City. Those Shore locations helped grew the recognition of the brand throughout the state.

PrimoHoagies now has 28 locations in New Jersey, almost all of which are in Central and South Jersey, and dozens throughout Pennsylvania, with a largest concentration being in the Philly area.

The company, which also has a handful of locations in Delaware, Maryland, North Carolina, South Carolina and Florida, has new locations coming to Michigan, Texas and Colorado.

It’s all part of the grand expansion plans.

And while expansion will come quickly, Bonner said the PrimoHoagies is determined to do it right.

“We are known for our freshness and the quality of our meats,” he said. “That’s what makes us Primo.”

Doughertys to bring new restaurant concept to Resorts in A.C. in...