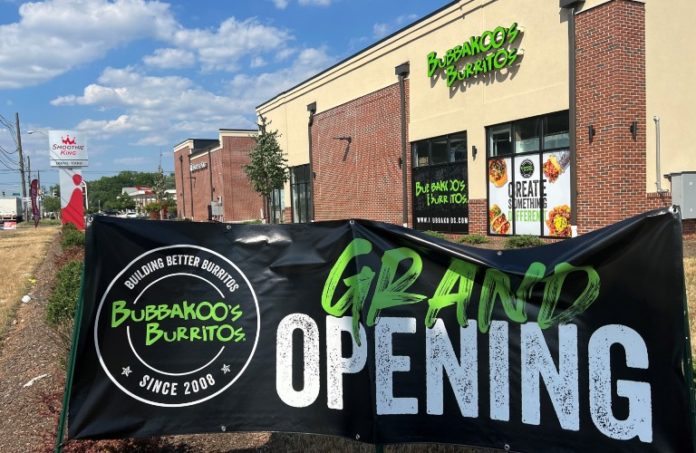 R.J. Brunelli & Co. LLC on Tuesday said it recently completed 15 leases and one property sale for retail sites in northern, central and southern New Jersey, and in Hampton, Virginia.

The two brands are expected to open under one roof later this summer in a 21,642-square-foot inline space at Baywick Plaza on Route 9 in Bayville, where the company already operated a Dollar Tree store. To pave the way for the combo concept’s Ocean County debut, the company leased the shopping center’s former 10,582-square-foot Rite Aid store, which adjoined Dollar Tree, and is demolishing the wall between the two spaces. The combo will co-anchor the 156,000-square-foot center with Retro Fitness and Goodwill. R.J. Brunelli President/Principal Danielle Brunelli represented the retailer on the transaction, while Shane Wierks of Jeffery Realty represented the landlord.

In central New Jersey, the two brands will occupy a 19,482-square-foot freestanding building at 1620 Park Ave. in South Plainfield that previously housed an Aldi supermarket. The combo is expected to open later this year at the Levin Management property. Danielle Brunelli and Senior Sales Associate Pete Nicholson represented Dollar Tree/Family Dollar on the lease, working with Levin’s Vanessa Fernandez-Kelty.

Elsewhere in central New Jersey, Nicholson signed Asian Food Market to a 27,000-square-foot lease at the Miracle Mall, 275 Route 18 in East Brunswick. The store is projected to open in the fourth quarter of 2023 at the 100,000-square-foot center, where it will join co-anchors Big Lots and Dollar Tree. Asian Food Market will occupy the former Hong Kong Grocery space at the property. R.J. Brunelli is exclusive broker for the chain, which currently operates five stores in New Jersey and is scheduled to open a location in Staten Island later this year. Ryan Starkman of Pierson Commercial represented the landlord on the East Brunswick lease.

Gregory’s will occupy a 1,500-square-foot endcap space with a drive-thru in a new 3,000-square-foot pad building at the existing retail property, which is located at the intersection of Poole Avenue. The chain expects to open in the first quarter of 2023. Hazlet’s land use board approved the new retail building in June. Brunelli represented Gregory’s on the lease, while Jonathan Greenberg of Katz & Associates represented the landlord.

In two additional Monmouth County transactions, Danielle Brunelli brokered a land sale and new lease in Manalapan. She represented Summit Assets NY LLC in its acquisition of an approximate 0.7-acre parcel at 360 Route 9 N. that was formerly occupied by Lukoil.

“The site was delivered to the buyer free of any building structures and with a clean bill of environmental health,” Brunelli said. “Summit is in the process of obtaining approval for its planned development of the site.”

Greg Sobol of Tri State Commercial represented the owner of the site, which is just north of Willow Grove Way.

Just down the road at the Manalapan EpiCentre, Crumbl Cookies signed for a 1,585-square-foot inline space formerly occupied by Ameritrade. The fast-growing chain is expected to open this summer at the 471,543-square-foot center, which is anchored by Wegman’s, Target, Marshall’s and Homesense. Brunelli is exclusive broker for the landlord, as well as the local Crumbl franchisee, which has also opened shops in Ocean Township and Cherry Hill.

In Mercer County, the firm inked two more tenants for Dover Park Plaza at 3 Sunnybrea Blvd. in Yardville. Dover Park Liquors is expected to open this November in a 4,700-square-foot space that formerly housed a Hallmark Cards shop, while a Wargamers Guild hobby store recently debuted in a 1,520-square-foot space previously occupied by a Kumon Learning Center.

R.J. Brunelli is excusive leasing agent for the 54,000-square-foot center, which is anchored by CVS and Performance Strength Academy. Sales Associate Peter Miller represented both the landlord and tenant on the Wargamers lease, and the landlord on Dover Park Liquors. The liquor store, which also operates Glen Rock Liquors in nearby Ewing, was represented by Vinny Chawla of Ridolfi & Associates.

“In particular, the Wargamers Guild is a perfect match for co-tenant Video Express & Game Exchange, one of the last remaining video stores in New Jersey,” said Miller. “The synergy will be fantastic.”

In another deal co-brokered with Chawla, Miller represented the landlord on a lease that will bring a 4,000-square-foot medical cannabis dispensary and doctor’s office operated by GLCPC LLP to S4 Plaza, 3059 Route 27 in Franklin Park. The dispensary is projected to open in November 2022. R.J. Brunelli is exclusive leasing agent for the new 16,000-square-foot building.

As exclusive broker for a new two-building development on the site of the former Bud’s Hut restaurant at 906 Route 1 in the Avenel section of Woodbridge, the firm completed three leases for all 5,223 square feet of space. Bubbakoo’s Burritos and Smoothie King have already opened at the site, while Indian-Arabian fast-food chain ChicKing is expected to unveil its first U.S. location this November. The Kochi, India-based franchise chain, which currently has over 230 locations in 30-plus countries, plans on expanding throughout the U.S.

In nearby Edison, Lenaz leased the last remaining space at Edison Commons to the Perfume Club, which recently opened its first New Jersey location in 2,347 square feet. The fragrance discounter, which also operates five stores in California, took over the former Entenmann’s space at the 15,365-square-foot center at 2120 Route 27 and Talmadge Road. R.J. Brunelli is exclusive broker for the center and is also a preferred broker for the Perfume Club in New Jersey.

Elsewhere in Middlesex County, Lenaz completed a 2,000-square-foot endcap lease for United Poles Federal Credit Union at 111 Main St. in East Brunswick. The financial institution is projected to open in January 2023 at the 13,500-square-foot center, which is anchored by 7-Eleven. R.J. Brunelli is exclusive leasing agent for the site; the tenant was represented by Dana Grau of Cushman & Wakefield.

In southern New Jersey, the firm signed Salad House for a 1,917-square-foot inline space at 1882 Hooper Ave. in Toms River. R.J. Brunelli is exclusive broker for the new 12,600-square-foot retail center being developed by March Construction in the municipality’s Silverton section. An October 2022 opening is anticipated for the franchise chain’s first Ocean County location, where it will join Pizza Hut and AT&T — both expected to open this summer. Mario Brunelli, R.J. Brunelli vice president/principal, represented the landlord on the lease, while franchisee Salad House of Toms River LLC was represented by Dina Santarelli of Sabre Life. The casual dining chain currently has nine locations, most in northern New Jersey.

Finally, in Hampton, Virginia, R.J. Brunelli CEO/Principal Ron DeLuca signed medical cannabis dispensary Columbia Care for a 6,100-square-foot Cannabist retail store at the Coliseum Specialty Shops. The location is expected to open this November in the former VA ABC Liquors and Wines space at the 15,026-square-foot strip center located just off Interstate 64 at 2400 Cunningham Way. In its role as Virginia project exclusive for Columbia Care, R.J. Brunelli currently has letters of intent out for two additional locations for the national chain, which currently operates approximately 100 retail locations under the Columbia Care and Cannabist names, as well as 32 cultivation and manufacturing facilities. Bradford Brown of Robert Brown & Associates represented the landlord on the Hampton lease.

Going up: Blackstone 360’s Class A developments are rising alongside East...