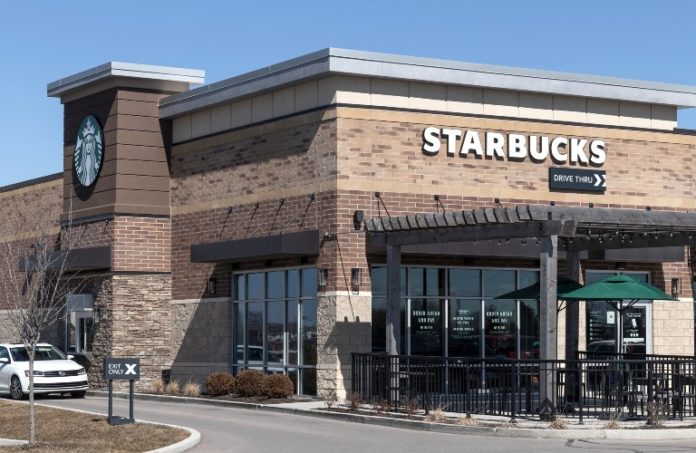 Baristas at a Starbucks in Hopewell are expected to return to work this morning after a weekend strike that called for more consistent hours, among other demands.

They go back to work knowing they have the support of a key leader in New Jersey: Gov. Phil Murphy.

Murphy, who has proudly boasted his support for unions throughout his time in office, tweeted support Saturday afternoon for Starbucks Workers United New Jersey.

He tweeted: “Standing in support with @SBWUNJ workers in Hopewell as they go on strike this weekend. Starbucks, this is a wake-up call. They don’t deserve unfair pay and slashed hours. They deserve the ability to earn enough to take care of themselves and their loved ones.” 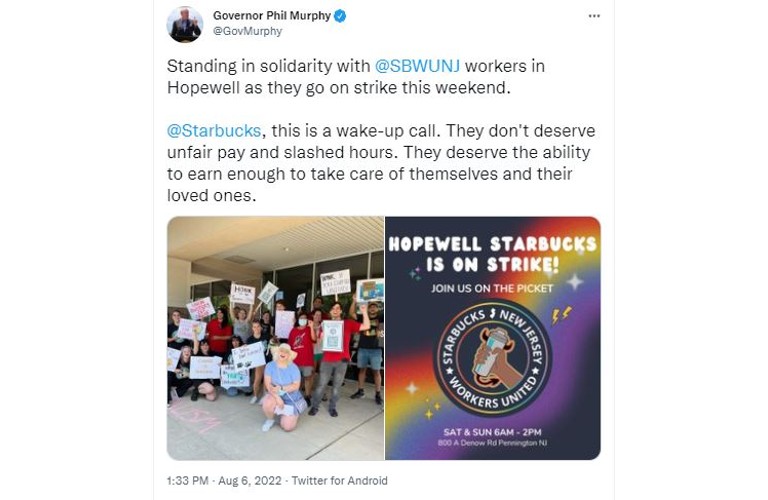 It’s unclear how Murphy, who visited the store earlier this year, will impact the situation.

In a letter to Starbucks officials Friday, a group representing the workers said Starbucks has made it clear that the company will continue to engage in countless Unfair Labor Practices to keep partners from unionizing and to keep us from bargaining for a fair contract.

The wrote they are striking for the following reasons:

1. Store labor cuts and partner hour cuts being made even though we (the baristas) have been tirelessly creating record profits for Starbucks;

2. New raises and benefits being delayed and even denied specifically to our store in retaliation for unionizing, under the false claim that they “can’t” be given to us.

Among other issues, the group is asking for consistent hours and scheduling.

Starbucks has not publicly responded to the situation.

State to permit alcohol delivery to your door