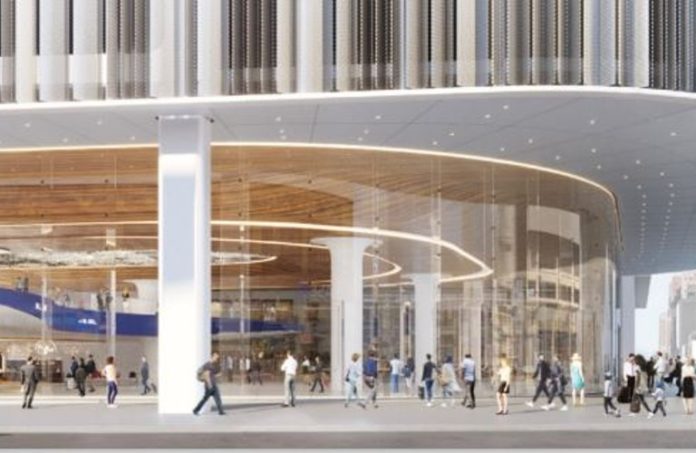 The Port Authority of New York and New Jersey announced it selected an architectural joint-venture to assist in developing the agency’s vision for a reimagined, state-of-the-art Midtown Bus Terminal.

International firm Foster + Partners and the U.S.-based multi-disciplinary design firm A. Epstein and Sons International Inc. will provide architectural design services for the replacement project beginning immediately and throughout the design phase and the environmental review of the proposed project.

The new terminal will be large enough to accommodate the projected growth of bus riders through 2050. The building will aim to meet sustainability measures, like LEED certification. There will also be local retail beneficial to both commuters and the surrounding community.

An enclosed ramp structure linking the Lincoln Tunnel with the bus terminal will be covered by a deck and transformed into roughly 3.5 acres of public green space.

“As we make crucial upgrades to the roads, bridges, and tunnels within our most pivotal transportation corridors, we must ensure that we improve not just the functionality and efficiency of our infrastructure, but the experiences of our commuters,” New Jersey Gov. Phil Murphy said in a statement.

The agency expects to open the new facility by 2031.

New leases down, but renewals are strong in Q3, CBRE finds