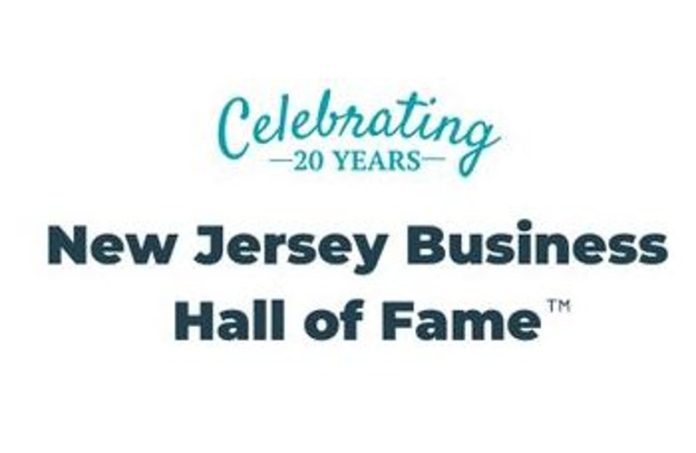 Three of New Jersey’s notable leaders will be honored by JA of New Jersey (JANJ) at the 20th annual celebration of the New Jersey Business Hall of Fame on Nov. 3 at the Hyatt Regency New Brunswick.

The prestigious event recognizes and celebrates the accomplishments of our state’s most influential business leaders. Laureates are recognized for their visionary leadership, high standards as role models for New Jersey youth, and their impact in positively shaping their businesses and communities. This year’s inductees into the New Jersey Business Hall of Fame will join incredible Laureate legacies known for exhibiting business excellence and consistent community engagement throughout their professional lives.

“We are thrilled to honor such an inspirational group of diverse leaders this year. Our 2022 Business Hall of Fame Laureates embody the entrepreneurial spirit and are excellent examples of leadership and success”, James Horne, Jr., president and CEO, JA of New Jersey stated. “These individuals exemplify growth, tenacity, and leadership. Their impressive achievements are reflections of the skills and values we hope to instill in New Jersey’s students through our learning experiences. This year’s Business Hall of Fame will be an unforgettable evening celebrating their outstanding accomplishments. After three years, we are looking forward to having everyone together in person for this momentous occasion.”

A New Jersey native, Christine LaCroix joined the Deloitte team immediately following her graduation from Hofstra University. She is currently a successful partner at Deloitte, with more than 30 years of audit experience, advising our some of our largest clients in the energy and resources industry. Christine also serves as the Audit & Assurance National Energy Resources and Industrials Leader.

LaCroix has invested six years as chair of the JANJ State Board of Directors. In total, she has served JA nearly 20 years, including 16 years as a Governing Board Director. She has been an exceptional executive Champion in the recruitment of volunteers – both internally and externally. LaCroix has also played a critical leadership role in the direction and successful implementation of JANJ’s strategic plan. Her hands-on approach and consistent ‘out-of-the-box’ thinking have helped the statewide organization to thrive, even in the uncertainty of the past few years. As Chair for the State Board, member of the Finance Committee and Board Nominating Committee, and former Treasurer, LaCroix is constantly engaged in dialogue about the vision of JANJ, status of our finances, internal auditing procedures, sustainable processes, and Board Development. LaCroix represents excellence, passion, respect, collaboration, belief in youth, and extraordinary commitment.

Dennis Pullin president and CEO of Virtua Health, a not-for-profit integrated health system in New Jersey. Pullin’s extensive background includes many leadership positions in hospitals, academic medical centers, physician group practices, and private industry. Prior to joining Virtua in 2017, Pullin was president of MedStar Harbor Hospital and senior vice president of MedStar Health. Throughout his distinguished career, Pullin has made a major, positive impact on the health and well-being of people of New Jersey and beyond through his extraordinary vision, leadership, and compassion. He has instituted a “Culture of WE” that centers on shared understanding, respect, and empowerment of each staff member. This extends to a robust inclusion, diversity, and equity program Pullin launched in 2020. As a leader, he realizes that the better Virtua fosters inclusion and diversity within its workforce, the more it mirrors the community and provides purposeful, personalized care.

From developing innovative programs to creating a culture that prioritizes both quality and human connection, Pullin truly stands out among his peers. Some of his notable achievements include guiding Virtua Health’s acquisition of Lourdes Health System and leading the creation of South Jersey’s first Proton Therapy Center—offering a revolutionary type of cancer treatment in partnership with Penn Medicine. Pullin currently serves on the Board of Trustees for the New Jersey Hospital Association and the American Hospital Association. He is a current member of the Economic and Community Advisory Council of the Federal Reserve Bank of Philadelphia and serves on the United Way of Greater Philadelphia and Southern New Jersey Regional Board of Directors, among others.

Carol Stillwell is president and CEO of Stillwell-Hansen, Inc., a manufacturers’ representative company that specializes in HVAC solutions for computer room sales and service needs, as well as commercial fire alarm, detection, and suppression services. Stillwell’s company is a leader in data center infrastructure solutions based in Edison. Stillwell joined the founders Gordon Stillwell and Paul Hansen as part of the Stilwell-Hansen team at its inception in 1969. Beginning with nothing more than a desire to work in construction and thoughts of one day owning her own company, Stillwell worked tirelessly to learn the industry quickly becoming the company’s director of operations. Stillwell would marry founder Gordon Stillwell in 1988. In 1996, with the retirement of Paul Hansen, Stillwell purchased Hansen’s share of the company realizing her goal of business ownership, and soon became the company’s CEO. When she began her career 50 years ago, it was relatively unheard of for a woman to succeed in the male-dominated construction industry, but with great determination and belief in herself, she committed herself to the job and took advantage of every opportunity to learn and grow. In a career that has spanned five decades, she has had the privilege to watch great progress in the opportunities for women in construction. Along her journey, Stillwell has proudly mentored many, always teaching others that success must always begin with belief in yourself. Stillwell has been named among the top 50 NJ Women in Business as just one of many recognitions of her wonderful career. As a JA Alum, Stillwell’s grit is a shining example of the critical importance and impact of the organization. She is a true role model for young people in New Jersey who are involved in JA programs.