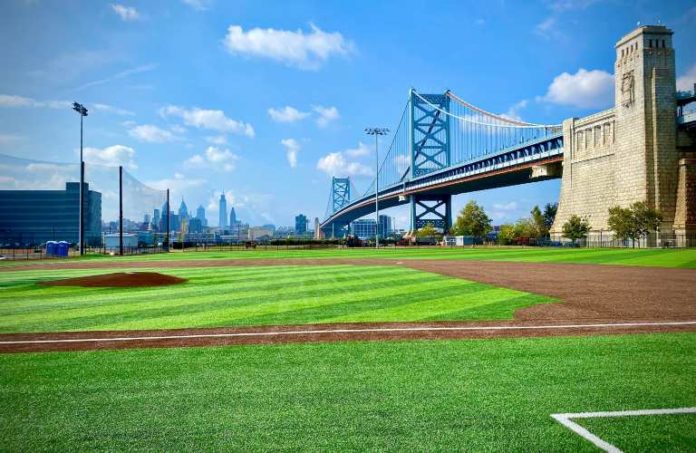 Mayor Victor Carstarphen and U.S. Senator Cory Booker will join forces for a community cleanup in Camden’s Liberty Park and Centerville neighborhoods, according to a Monday announcement from the mayor’s office. 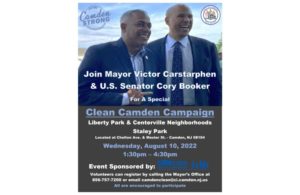 Now in its second year, the Mayor’s Camden Strong initiative focuses on the implementation of a series of targeted activities aimed at improving community health and quality of life by combating illegal dumping, demolishing unsafe structures, enhancing public safety efforts, and responding to nuisance concerns impacting the Camden community.

The City of Camden will be on-site at Staley Park (Chelton Avenue & Master Street or 604 Chelton Ave.) to pick up debris including large bulk trash items. Residents will be able to obtain information relating to recycling, e-waste, trash disposal, and litter prevention in addition to other initiatives and City programs. The Camden Strong initiative will continue throughout the summer with an expanded series of 13 neighborhood cleanups, cemetery cleanups, public space restoration projects, and the ongoing citywide demolition project.

Poll: Murphy mostly gets ‘B’ on economy, but ‘F’ on taxes