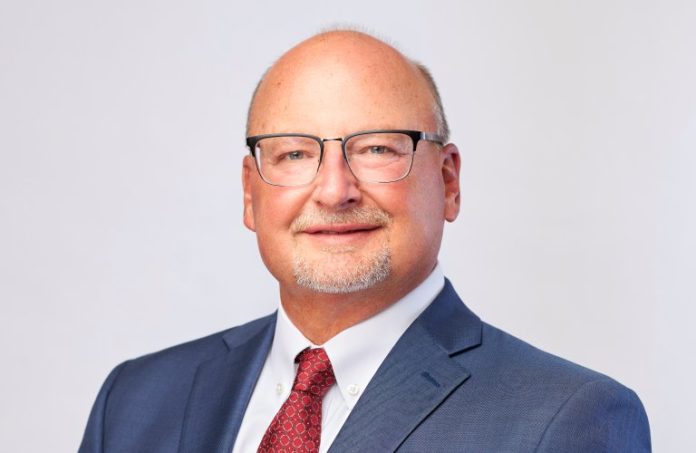 Just as behavioral health organizations have patients suffering renewed anxiety and depression during the COVID-19 pandemic, those running addiction recovery programs are having eerily similar experiences.

And, given that the rates of overdose deaths in New Jersey have ticked up, it has also been an unfortunately macabre experience for those local providers.

Integrity House, which was founded in Newark and now operates in Essex, Ocean, Morris, Bergen and Hudson counties, is the state’s largest provider of substance use disorder treatment. Its CEO and president, Robert Budsock, said it is seeing the same thing as its behavioral health peers: There was a collective step back that went on during the pandemic.

“(During the pandemic), many individuals spent a lot of time at home and did not have to report to work and be accountable to family,” he said. “Addiction thrives when people are isolated and not really connected to positive social support.”

What that means for inpatient-based organizations in this space is that there’s more demand for the sort of immediate support they provide — as well as more need for new strategies and approaches, more internal staff and more partnerships with businesses and other groups.

Even with a network of residential centers operating across the state, David Dorschu of the Recovery Centers of America, or RCA, said he has seen the amount of overdoses in the state go from about seven per day prior to the spread of COVID to around nine overdose deaths per day today.

Fallout from fentanyl — and tranq

David Dorschu is regularly reminded — and not just in grim overdose statistics, where it’s all too clear — how widespread fentanyl has become in New Jersey.

“When patients come in now, we drug test everyone for fentanyl, regardless of what their identified drug of choice is, because it’s now in marijuana, synthetic painkillers on the market (and) other drugs,” he said. “We’ll tell patients they’ve tested positive for fentanyl, and they’ll say, ‘There’s no way.’ Well, it was laced into something they were using.”

That powerful opioid, said to be 100 times more potent than morphine, might have been first developed in 1959, but the market for illicitly manufactured fentanyl in the region is more of a recent phenomenon. Dorschu said it was about six years ago when its presence locally became most apparent.

Today, there’s another new illegal drug making the rounds in the tri-state area.

“It’s a tranquilizer drug called ‘tranq’ that’s coming out of the Philadelphia area,” Dorschu said. “It’s added to heroin and other drugs — and so often that it’s hard to get pure heroin anymore, because there’s so much of this being added to it. The challenge is, we don’t have a withdrawal management (tapering process) that effectively addresses it.

“It’s something we really have to keep an eye on and stay ahead of.”

Dorschu, CEO of RCA Raritan Bay in South Amboy, and former CEO of RCA Lighthouse in Mays Landing, is one of the leaders in the space crediting that to the pandemic’s greater level of autonomy. For some of those recovering from substance use issues, that was a challenge.

“It decreased the accountability people had; if I had a job that required me to produce random drug screenings or if I had to interact face-to-face with my boss every day,” he said.

There was also a sense of disconnection those in recovery felt when many of the anonymous support groups that patients are linked with as part of their path to sobriety had to go virtual about two years ago, Dorschu added.

That all led to more demand for new treatment programs that have opened across the state, which Dorschu said contributes to a separate issue of a limited supply of primary therapists or clinical staff available for hire. And, when the foremost predictive factor in outcomes for those in recovery is their relationship with a center’s staff, Dorschu said, that’s a big deal.

RCA is one of the organizations in the state that touts a patient-centered recovery approach. Dorschu said it “celebrates patients, instead of just tolerating them.”

Its mission has it partnering with community organizations and even businesses. Dorschu said it wants to be the first choice of large employers, who might call on the services of their organization to address employee substance use issues.

Both inpatient and outpatient rehab organizations are pairing up with larger health systems, too. Because what happens, as Integrity House’s Budsock alluded to, is that a surge of unaddressed addiction lands more people in emergency room settings — an outcome health care providers have been trying to avoid.

A new take on the problem is a model called the certified community behavioral health clinic, or CCBHC.

“There’s seven of these that have been launched in the state by organizations … and we operate one in the city of Newark,” Budsock said. “The idea is that an individual comes to us, and we address not only addiction, but mental health and primary health care needs, too. We don’t want to just address one issue. We want to provide whole-person care.”

Health ailments, along with mental illness and substance use disorder, can all occur alongside one another. And Integrity House is welcoming people to help with all of them just about every day of the week at the Broad Street location in Newark.

“What we look for are the chronic medical conditions, which often are diabetes, hypertension and obesity,” he said. “But patients using drugs are also at a high risk for something like hepatitis C. So, we help them manage these chronic diseases, while addressing mental illnesses as well. And that helps keep people out of emergency rooms — getting that immediate care and follow-up care through us as well.”

A federal agency, the Substance Abuse and Mental Health Services Administration, is funding the implementation of these programs. The expectation is that the startup funding will lead to self-sustaining institutions.

Budsock worries that the programs won’t ever get there financially, even if they’ve already proven to be “effective models,” he said, for addressing issues increasing in prevalence locally. In the future, he’d like to see the model not only continued, but expanded to more parts of the state.

The ability to treat a range of different maladies — instead of just addiction — fits with his organization’s goal of creating a true continuum of care, which also includes vocational training and housing assistance to carry patients forward.

“We look to provide an opportunity for individuals to rebuild their lives,” Budsock said. “People come to us when they’re broken, and our idea is to work with them to — piece by piece — put their lives back together and to get out there and be successful.”

Murphy offers warning: ‘Next number of weeks are going to be...