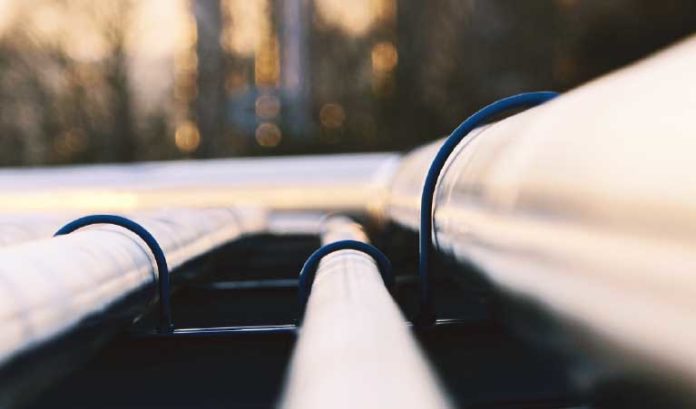 How about a quick game of numbers?

As New Jersey’s utilities make the move to a clean energy future — striving to meet Gov. Phil Murphy’s lofty goals of a 100% clean-energy economy with an 80% reduction in state-generated greenhouse gases by 2050 — they know there are many ways to get there.

They also said the transition doesn’t necessarily require the state to abandon all of its old forms of energy. Natural gas — especially its existing infrastructure — has a place in the new energy world.

That was one of the biggest takeaways from the recent ROI-NJ webinar: Energy Sustainability and Infrastructure.

Amy Cradic, the chief operating officer of non-utility business, strategy and external affairs at New Jersey Resources, made the case.

It starts, she said, with the state’s investment.

“Let’s just level set this,” she told the audience. “New Jersey has invested $17 billion in its underground infrastructure, that is not an asset that you want to throw away as part of this energy program.

And it certainly makes New Jersey different than most other states.

But is the support the right call? Or is it just the pleadings of a company executive who is eager to hold on to the past, simply for financial reasons?

Academic experts say Cradic’s reasoning is sound. In fact, they wrote a paper on it.

Columbia University’s Center for Global Energy Policy, one of the few energy schools in existence, made the case for natural gas in April 2021, in a paper called: Investing in the U.S. Natural Gas pipeline system to support net-zero targets.

“Studies by energy agencies, universities, and the industry that model future U.S. natural gas consumption consistently show continued use of natural gas for at least the next 30 years, even in scenarios where the country achieves net-zero targets by midcentury,” the paper said. “There is no quick replacement for gas in the U.S. energy mix.”

Even more, the Columbia study said the natural gas pipelines also could carry their successor.

“For many of the needs natural gas currently meets, the eventual replacement may be zero-carbon gaseous fuels (e.g., hydrogen, biogas),” the paper said. “These fuels may play a significant role in supporting reliability and making the energy transition more affordable — but they, too, will require a pipeline network for efficient delivery to markets and end users.”

Keep the pipelines, keep using them for gas, prepare them for a transition: That reads right out of the New Jersey Resources’ playbook for the future.

The company, Cradic reminded the audience, is all in on clean energy: New Jersey Resources is the biggest commercial solar holder in the state and has the most invested in green hydrogen. It also is looking at renewable natural gas.

Cradic said all options are being looked at — except for one that says electricity will be the dominant energy source, as some fear is being pushed.

New Jersey Resources, she said, was thrilled to see Columbia found that state will need to use their existing investments — even if they are repurposed — to keep costs down. Building new infrastructure is costly and time-consuming.

“We were pretty excited when they came out with that (report) because it pretty much aligned with our strategic position that we’re kind of agnostic to what fuel you put it in there, you blend, you get that flexible fuel,” she said. “When you do that, you get the most affordable cost.”

New Jersey Resources isn’t the only utility on board.

Susanna Chiu, senior director, operation services at PSE&G, said everyone needs to keep their eyes on the prize.

“The goal is decarbonization,” she said. “And I think natural gas kind of gets (lost) in this electrification phrase, which is kind of the big buzzword.”

Chiu said the state needs to use all the tools in the toolbox.

“Not an extreme one-size-fits-all answer,” she said.

“We talk about keeping our eyes on the prize — but what is it we’re looking for?” she asked and then answered. “We’re looking for decarbonization, but we need to do that in a way where we also maintain affordability and reliability. That is going to be the biggest challenge for our state as we transition our economy toward renewables.”

It brings up more numbers, too.

“Until solar, wind storage and technologies are fully dependable and resilient, we need to continue to have access to that natural gas,” she said.

McMullen talked about how SJI replaced many of its natural gas pipelines had great impact.

“The replacement of those pipelines significantly reduced carbon emissions by upwards of 70 to 80% at our utility and I’m sure at others within the state,” she said. “So, we have that infrastructure that we can leverage for more renewables and then also for hydrogen. That should be part of a balanced plan that we work together.”

It all works together, Cradic said. That’s a key fact.

In fact, even wind and solar benefit. The power created by those sources — which isn’t always needed at the time it is created — can be converted and stored in the pipelines.

“Infrastructure is highly valuable: How do you use it in a very symbiotic way?” she asked. “Wind is going to over produce. Solar is going to over produce. We all talk about battery storage and investment there, that underground infrastructure is battery storage. It captures that excess energy when you don’t need it, holds it, keeps the value of it that you’ve already invested in, and redeploys it.

“If the goal is emission reductions, there will be many tools in order to do that in an affordable, reliable way.”

You just have to keep your eyes on the prize, whatever it may be, Cradic said.

“We’re not anti-fossil fuel; we’re not anti-electrification,” she said. “We want to do emission reductions. How do you utilize the tools we have? And how do you do it more affordably and reliably.”

The Columbia report offered its take.

“When possible, adjusting existing infrastructure — already permitted and built — can help minimize the costs and accelerate the speed of the transition,” it said. “The U.S. has 2.5 million miles of natural gas pipeline infrastructure across the country, which, with investment, could be upgraded to cut emissions and be retrofitted for future transport of cleaner fuels.”

Doing this, the authors said, should not be viewed as a commitment to fossil fuels.

“Investments in pipeline infrastructure have drawn concern that they would lock fossil fuels into the U.S. energy mix for a longer period of time and work against the energy transition,” the paper said. “Such concerns are understandable given the contribution of fossil fuels to the global climate crisis.

“But retrofitting and otherwise improving the existing pipeline system are not a Chiuce between natural gas and electrification or between fossil fuels and zero-carbon fuels. Rather, these investments in existing infrastructure can support a pathway toward wider storage and delivery of cleaner and increasingly low-carbon gases while lowering the overall cost of the transition and ensuring reliability across the energy system.”

It’s vital to get New Jersey Transit back on track