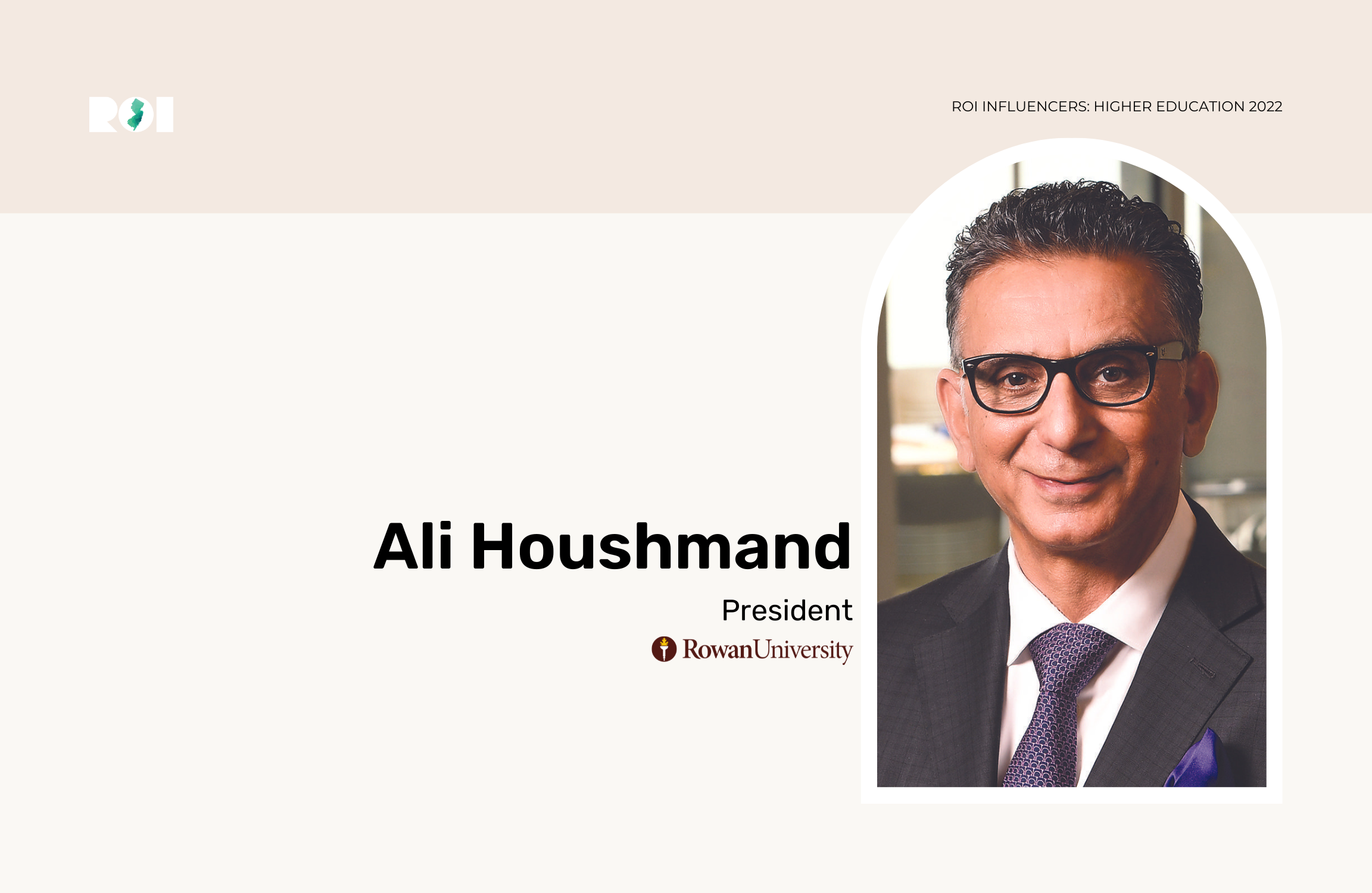 There’s only one issue with naming Rowan University President Ali Houshmand No. 1 on the 2022 ROI Influencers: Higher Education list.

The honor may not be enough.

Sure, Houshmand essentially has transformed every aspect and facet of the campus since arriving 10 years ago, making it a Top 100 public university in the country.

But the fact that he has done so while disrupting a higher education sector that needed disrupting — and done it in a way that has made Rowan a catalyst for economic development and economic mobility in South Jersey — separates Houshmand from his peers. And shows his total impact.

Simply put, Rowan’s transformation under Houshmand’s leadership is a model for the state and the nation.

All told, Rowan has spurred $1.7 billion in construction projects, both developed and in design.

Houshmand, a mathematical scholar from Iran, views the numbers this way: They are the result of “imagining beyond the imaginable.”

You could say Houshmand’s proving the road less traveled is far better than staying the course.

“People have referred to me as the rebel, a crazy person who comes up with these wacky ideas, but I really think that, in order for humans to progress, you have to imagine beyond the imaginable,” Houshmand said. “You have to go to a place where your spirit and your soul have the confidence to reach the ultimate goal.

“I know, in most cases, it’s beyond our reach. But there’s nothing wrong for us to dream that big.”