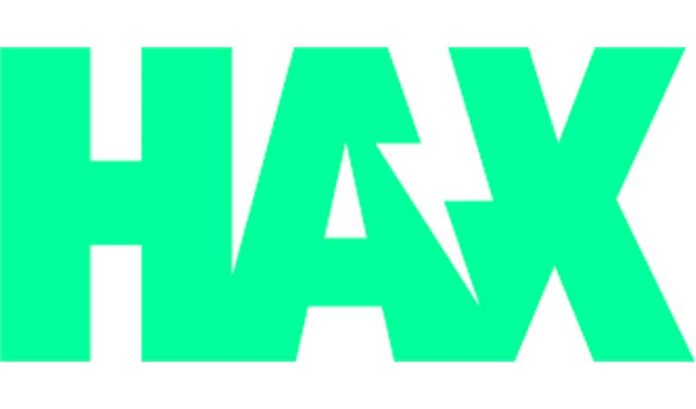 Duncan Turner remembers the day last fall when HAX announced it was coming to Newark — and how the hard-tech accelerator from the Princeton-based global venture capital firm SOSV was promising to develop 100 companies in the next five years in a state-of-the-art facility.

He remembers how — other than the announcement — there wasn’t much to report.

For an organization known around the world for building companies from the ground up, the plans for the HAX office in Newark truly were in the initial stage.

“That announcement really was just at the time that we decided it was happening,” he said. “There was a bunch of detail that needed to happen.”

Turner, a general partner in SOSV who had been serving as the managing director of the HAX office in Shenzhen, China, has been overseeing many of those details from abroad (he’s now in London) and during trips to New Jersey.

Turner, who will relocate to New Jersey full-time in mid-September, will have a lot waiting for him.

HAX, which announced earlier this month that it is taking 35,000 square feet at 707 Broad St. in Newark, has been working out of the building (in a temporary space) since April.

It has hired a team of nine people, including Chief Science Officer Susan Schofer.

Hard-tech accelerator HAX has assembled a diverse team to lead its Newark operation, including:

It has been working with New Jersey Institute of Technology in a variety of ways, making good on its pledge to take an active role in the greater Newark community.

And it has invested in — and is developing — five companies and counting.

Turner, who has made a career out of accelerating startups, said the speed in which HAX has been able to move has been more impressive than even he thought possible.

“I’d say we’ve moved super-quickly,” he said. “I think the key thing for us was hiring a killer team to run the program and help the startups.

“That’s what I was expecting to take a little bit longer. But we managed to find the right people in the local area, and also brought some of our global talent to Newark.”

Then, there’s the building, owned by Hanini Group and partners.

“The fact that we managed to get a lease signed and plans drawn up — where I think it’s going to be possible for us to be fully landed in a space with a full chemical wet lab in the first half of next year — is incredible,” he said. “If you’d asked me 11 months ago, I would have said, ‘That’s not possible.’”

It’s been possible, Turner said, because of the support from the state (the New Jersey Economic Development Authority is a partner) and the city of Newark, including Mayor Ras Baraka.

“We’re so pleased with both Newark and New Jersey and the choice we made,” Turner said “It was a big decision for us. We had a lot of options, but it has been continuously good there.

“The last time I was in Newark, I saw the mayor walking the streets, visiting shops and stores. I’ve never seen anyone at his level give that kind of ground support. He’s really engaged with the community and wants to make things happen, just as we do.”

Turner recently spoke to ROI-NJ about all things HAX and Newark. Here’s a look at more of the conversation, edited for space and clarity.

ROI-NJ: Talk about the space.

Duncan Turner: It’s obviously going to take time for us to build out the space, but we really wanted to get moving with the some of the investments. The landlord has been great; they’ve given us a temporary location on the 10th floor while we’re getting our floor sorted.

It’s very startup-y. It’s a great open space that helps us build out some of the technology that we’re doing there.

Officials with venture capital firm SOSV and its hard-tech accelerator, HAX, are making good on their commitment to bring a worthy presence to Newark community:

ROI: Give us a quick take on at least one of the companies you’re already working with.

DT: Some of them are building some pretty big robotics automation equipment. Renovate Robotics is building a robot which assembles and installs roofing shingles. It climbs up onto the roof with the shingles, whether they are solar or tile, and then installs them. It needs a roof-sized space to work on. The location is absolutely perfect for that.

ROI: How many companies are you working with?

DT: We don’t count them until they’re in — and it takes a bit of time once we’ve done the investment for them to get in the building. But it’s five at the moment, and there are at least three that are likely to come in the next month or two.

What we’re really concentrating on is just building out the actual wet lab and having all of the equipment in place. Then we can have a huge influx.

ROI: How big and how quick will the influx be?

DT: We’re in a good place for hitting the 100 companies. And I would expect by this time next year that there probably will be around 25.

DT: It will be. One of the great things about being in Newark is that there’s plenty of good space around. So, teams eventually can locate around 707 Broad or different locations around the Newark area, staying close to us as they scale.

They don’t stay with us the whole time. They’ll grow up to, in dollar terms, Series A, or in size of teams, to around five or six people — and then they’ll start to look for their own spaces in the area.

ROI: We know that New Jersey and Newark officials are hoping these companies will stay in Newark for the long haul, but where are they starting from? Are you going to be able to attract globally, as you have planned?

DT: It’s truly a global reach. We call ourselves an ecosystem investor. So, when we’re selecting different areas to invest in, we think about, ‘What are the things around one area that would give companies that we invest in an advantage?’ That has to ring true not just for people in the local area, but also for somebody coming from the West Coast, Canada, Europe or Asia.

That’s what we think we’ve found with Newark. So, the area in which we’re sourcing these companies is truly global.

ROI: You’re global, but you’ve said the local efforts in the state is what drew you here. Talk about how Gov. Phil Murphy’s push on green energy and climate change, including, but not limited to offshore wind and electric vehicles, helped bring HAX to New Jersey.

DT: That was absolutely massive. It’s a big part of the reason why we’re so excited about the facility. We were looking at multiple areas, and New Jersey stood out because of the vision and the tools available to help these companies.

If you think about renewable energy, a lot of people just think solar panels and turbines, which definitely is a large part of it. But, then, there’s a whole load of other components around how you service those items, how you install those items, how you handle the long-duration energy storage to make sure you’ve got the capacity for the grid. Those are all areas that we actively invest in.

To have the governor behind that is a massive win for us and a great reason why a lot of companies that may be situated outside of America will come to come to New Jersey.

ROI: It remains to be seen if they can get up and running as quickly as HAX has.

Princeton-based global venture capital firm SOSV said it intended to help create 100 hard-tech companies in Newark, when it announced last fall that it was building its main North American facility of hard-tech accelerator HAX in New Jersey. HAX still is months away from taking its permanent space, but it already has made investments in five companies and is working with them in their temporary location in Newark:

Two former HAX startups (which the company first invested in from 2019-21) also have relocated to the new HAX facility in Newark (relocating from Boston and Toronto).

A look at the venture fund determined to support people of...