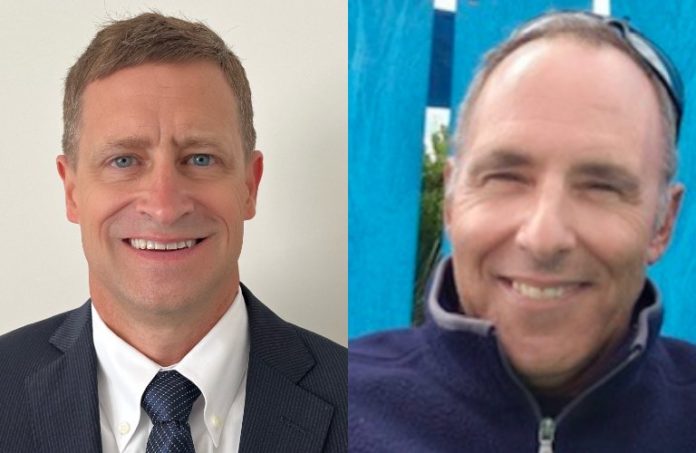 Witt, a former Coast Guard commander, and Nelson, a commercial fisherman, will lead outreach to the maritime community in support of Ørsted’s mid-Atlantic projects, including Ocean Wind 1, developed by Ørsted and Public Service Enterprise Group, and Ocean Wind 2.

At 2,248 megawatts, Ocean Wind 1 and Ocean Wind 2 will power 1 million homes. Ørsted is considered the U.S. leader in offshore wind.

Maddy Urbish, Ørsted’s head of government affairs and market strategy in New Jersey, said community relations is of key importance to the company.

“Ørsted is strongly committed to working collaboratively with the maritime community and all ocean users to ensure we can achieve clean, renewable energy and a thriving maritime industry,” she said.

“Cmdr. Witt and Dana Nelson bring a breadth of experience to our in-house Marine Affairs team that will allow us to further engage with the recreational and commercial fisheries, as well as other maritime users, about the development of our offshore wind projects in and around New Jersey.”

Ørsted feels it has assembled the largest and most proactive Marine Affairs team of any offshore wind developer in the U.S.

The Marine Affairs team works closely with the Bureau of Ocean Energy Management, Coast Guard and other federal agencies to minimize disruption of fishing activities during all phases of project development while focusing on vessel access and safe navigation during wind farm operations. This includes maintaining close engagement with maritime stakeholders, including the recreational and commercial fishing communities.

Coming utility bill problem will impact (as in, raise bills for)...