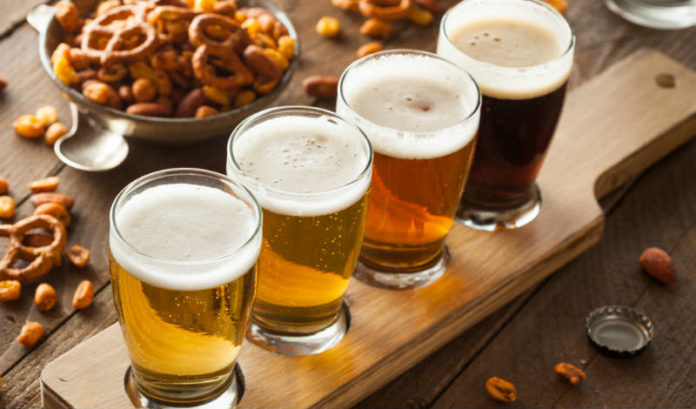 The announcement Friday by the New Jersey Division of Alcoholic Beverage Control that will allow third-party delivery services to bring beer, wine, liquor and cocktails to residents was supported by the Brewers Guild of New Jersey — even though craft breweries are prohibited from directly participating.

The reason: The decision is a step in the direction of modernizing the sales of alcohol in the state, Brewers Guild Executive Director Eric Orlando said.

“The NJABC’s ruling certainly gives consumers greater access to all types of alcohol,” he said. “We support those retailers who sell our products and their ability now to potentially sell even more because of this ruling.

“Would some breweries hope to use DoorDash and other providers themselves to make deliveries? Yes, and we will look to see how we can accomplish that moving forward.”

Like all issues involving alcohol sales in the state, the issue has many layers.

The new directive allows for third-party delivers to bring alcohol to residents from restaurants, bars and liquor stores — following a number of procedural steps.

The impetus for the new rule — increased need for delivery during the pandemic — currently is helping the Brewers Guild.

As of now, legislation adopted during the heights of the pandemic in May 2020 allows craft alcohol manufacturers, including breweries, to use their own trucks and vehicles to make home deliveries to consumers on a temporary basis. This temporary privilege will expire six months post the rescinding of the state’s current COVID-related state of emergency, which is still on the books.

Orlando said the guild has been supportive of legislation introduced in both houses of the Legislature to make this home delivery right permanent — and said it will continue to support it, despite it being stalled for the time being. At this time, breweries cannot utilize these third-party services, nor is the direct shipping of beer via a common carrier like UPS or FedEx allowed in the state.

Orlando is hoping — and pushing — for that to change. This announcement gives him hope, he said.

“It is also positive to see that the NJABC acknowledges, at least in this instance, that the rules of the game need to change to recognize the evolution of tastes, new technology and consumer demand,” he said. “We hope that the same logic and openness to change is applied moving forward on issues impacting craft breweries.”