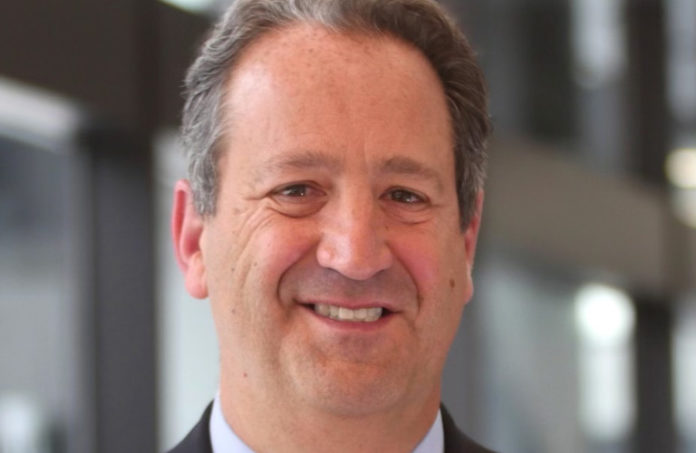 If you know Ralph LaRossa, you know he is your prototypical Jersey guy: Hard-working but humble, a leader who shows that strength by always looking to elevate others and a guy who isn’t afraid to get his hands dirty — a trait he learned while running the knockwurst cart at the old Giants Stadium back when he was at Rutherford High School.

So, on the day he takes over as CEO and president of Public Service Enterprise Group — one of the most important and prestigious business posts in the state — it’s no surprise that he wants to give all the credit and all the praise to others.

“I feel well prepared because of the team we have — and the mentor I’ve had,” he told ROI-NJ. “Ralph (Izzo) has been such a fantastic mentor. I’ve said this to a bunch of people over the years; I would never have wanted to work for anybody else. He’s just been a class act as a person and as a leader in a company, and I am honored to follow him.”

The road to the top job has included many stops in his more than three decades with the company.

LaRossa, a graduate of Stevens Institute of Technology, has held leadership roles overseeing all of the operating businesses of PSEG, including Public Service Electric & Gas; PSEG Power; PSEG Long Island; and PSEG Services Corp. functions — including information technology and cyber and physical security.

In those roles, he has had a big role in all of PSEG’s efforts in energy efficiency and clean energy, while helping to develop its Powering Progress vision.

It’s why LaRossa, who will add the chairman role to his duties Jan. 1, feels the leadership transition will be seamless.

“We’re on the right path,” he said. “This moment is more about me continuing what we started and less about a big radical change.”

LaRossa brings continuity both inside and outside of the organization. As the longtime chair of Choose New Jersey and a member of the board of trustees for the Liberty Science Center, he will have no trouble stepping into the face-of-the-franchise role this job requires.

But, while he brings continuity of leadership to PSEG, LaRossa does so at a time when the role of utilities in society and in economic development are rapidly changing.

It’s a change he welcomes.

“New Jersey is all-in on clean energy and everything that it means,” he said. “I think the clean-generation economy has got a good kickstart — we’re just going to execute on it. And I think there’ll be more and more of it, and we’ll just keep executing.”

What it means is more than just offshore wind, solar, nuclear — and all the other possibilities that are being developed, including green hydrogen.

It also means energy efficiency and using those principals to change the state in a variety of ways.

LaRossa takes pride in the fact that PSEG is taking the lead in energy efficiency in many underserved communities.

“This is an area where we can step in at the higher level for some of the lower-income folks in the state,” he said. “We’re here to do a lot of things that they otherwise wouldn’t be able to do for their homes.

“That’s the lane that we’re in today, and I think we can do more. Universal access to energy efficiency is something we need to continue to talk about — just like we talked about universal access to the pipes and wires that we supply.”

The beauty of these type of initiatives is that they come with a need for jobs.

“Workforce development and helping people get jobs in the state is an area where I really am going to be focusing a ton of my time,” he said.

“I don’t talk about it that much, but I am the son of an immigrant. My dad came to this country, found a job in the garment industry and provided for his family. I know that, when opportunities get provided to people, what they can do with them.”

Broadening the workforce is a way PSEG’s impact on the state can be even greater, LaRossa said.

“We have to continue to build the workforce around energy solutions here in New Jersey, whether it be energy efficiency, the last mile, going into customers’ homes because electrification is going to take place or maintaining that gas infrastructure that we have,” he said.

“These are all really important and great jobs. How we go out and sell those jobs, and attract the right workforce that represent the communities that we serve, will be a big focus of mine as we go forward.”

That, and keeping the lights on.

Utilities, at their heart, are always about providing for the customer, LaRossa said.

“At the same time, what we’re going to be delivering is cleaner than what we’ve delivered to you in the past — and we’ll be doing it with a workforce that’s going to be developed from the people that we have here in New Jersey.”