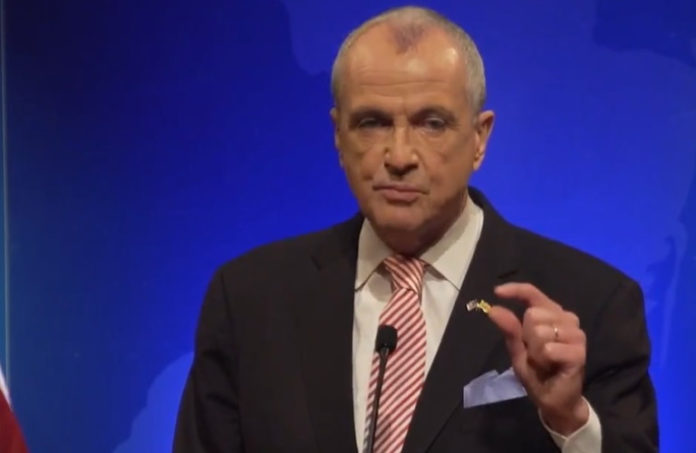 Gov. Phil Murphy and the Legislature, taking up a taxing issue that others have been pushing since shortly after the pandemic, announced late Thursday afternoon the proposal of bipartisan legislation designed to provide relief to New Jersey residents facing unjust taxation from other states where their employer is based.

The legislation, which is designed to confront the longstanding issue of tax credits New Jersey provides to residents who pay taxes to other jurisdictions, came to the forefront during the opening months of the pandemic — when New Jerseyans now working from home were still taxed as if they were working in another state.

The issue has cost the state billions in forgone revenue.

The Murphy administration did file a U.S. Supreme Court amicus brief in late 2020 in support of New Hampshire’s effort to challenge a similar situation with Massachusetts. The Supreme Court ultimately declined to take up the case.

According to the release, the Murphy administration has been working to develop viable relief options since.

The proposals announced by Murphy would promote long-term fiscal stability and provide relief to taxpayers while combating aggressive taxation from other states and providing grants to incentivize employment in New Jersey.

“This is an issue that warrants no debate; on both sides of the aisle, we can all agree that we must protect our residents from unfair and inordinate taxation from other states,” Murphy said in a release.

“The proposals I’m announcing today, while supporting our hardworking residents in their efforts to dispute such taxation, will help promote employment in New Jersey and counteract lost tax revenue to our neighbors. Amid profound political divisions across the country, I look forward to achieving bipartisan support for legislation that will ensure a fiscally healthier and fairer New Jersey.”

Deputy State Treasurer Aaron Binder indicated that the state has been working on the issue for some time.

“We’ve been working hard to find solutions so that New Jersey residents, many of whom have been working from home since the pandemic began, won’t face an unfair disadvantage financially,” he said. “A significant amount of time and consideration went into developing these well-thought-out proposals to help ensure tax fairness and spur employment in New Jersey.”

Three proposals were drafted to take concrete steps toward addressing the resident credits for taxes paid to other jurisdictions issue, which the Murphy administration has been working on since the pandemic first laid the issue bare.

“For more than two years, we’ve been urging Governor Murphy to fight against New York’s unjust taxation of New Jerseyans,” he said. “I can’t imagine why it took so long, but I’m glad he finally took our advice.”

State Sen. Jon Bramnick (R-Westfield) spoke in support of the proposals, too.

“I’m proud to support the governor’s proposed legislation in the spirit of bipartisanship and the best interest of our hardworking residents,” Bramnick said. “These proposals will help stop, once and for all, the unjust taxation of New Jersey taxpayers, while further boosting our fiscal health and burgeoning economy.”

“Recent actions by neighboring states to add exorbitant congestion fees, on top of what New Jerseyans already pay in other states’ taxes, makes the need for this initiative indisputable,” he said. “New Jersey is already fighting an uphill battle when it comes to drawing back federal tax dollars; we cannot afford to continue losing revenue to neighboring states, too. These proposals will help New Jersey residents reap the full benefits of what our own state has to offer.”