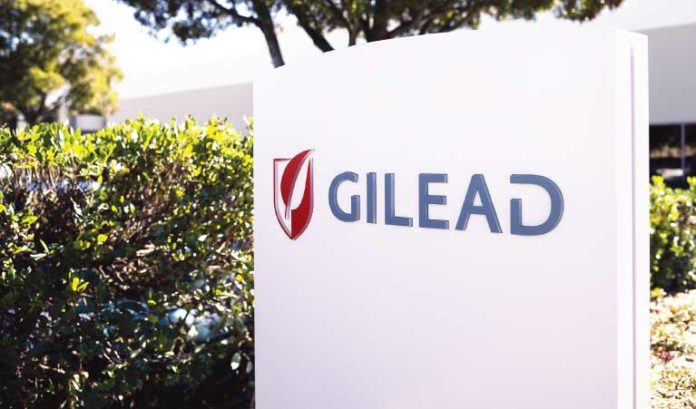 When California-based biopharmaceutical company Gilead Sciences Inc. acquired Morris Plains-based cancer treatment specialist Immunomedics in the fall of 2020, it did so under the idea that it was getting far more than just access to Immunomedics’ potentially game-changing drugs for the treatment of certain cancers.

The company, based in Foster City — essentially halfway between San Francisco and San Jose — has been working to expand its presence here ever since.

Gilead recently signed an 11-year lease to take nearly 100,000 square feet of space in Latitude, the ultramodern office complex in Parsippany — a space it currently is building out to ensure it reflects the culture of the company.

Gilead also has upped its desired employee count at the office to 550 — 100 more than it had previously stated.

It is doing all this for one reason: In the limited time the company has been in the state, Gilead officials have found New Jersey to be even better than they hoped.

“We knew New Jersey was a fertile place for talent, but it also has an incredible ecosystem around biotech,” he said. “Everything we have found the last six months has proven that fact.”

The talent, Ganguly said, is deep in a way that others may not realize.

“The talent is not just one-dimensional — and this is something that is very nuanced,” he said. “Our initial read is that it’s multidimensional talent. It’s not just the scientists. It’s not just the really good development folks. It’s the engineers. It’s the people that are working on problems of tomorrow. So, everything we’ve seen so far in New Jersey has continued to impress us.”

Ganguly said it’s not just the talent that has been impressive. The state’s commitment to progressive issues has been an important plus, too.

“Our master planning is not a real estate play,” he said. “The real estate economics is one component of it, but it is a three-fold play.

“These things are all important to us. They are part of our responsible growth agenda. And everything we’ve seen in New Jersey in the last six months has validated that point.”

Not all of the news involving Gilead has gone in the same direction for the state. In the spring, the company announced it would be moving the manufacturing aspect of Immunomedics to an existing Gilead plant outside of New Jersey — a move that will cost 114 jobs.

That announcement, however, has only driven the company’s commitment in New Jersey, Ganguly said.

“It’s one of the reasons why we went with an 11-year lease,” he said. “We normally prefer five-year leases, but — back to the commitment — we are in New Jersey, we believe that the talent here is incredible and we are deeply committed to our Immunomedics employees.

“We didn’t want them to feel that, because we are looking at shutting that site down, there wasn’t a commitment toward the area. There is.”

Ganguly, who recently visited New Jersey to get an update on the company’s progress in the state, sat with ROI-NJ at the company’s soon-to-be office to discuss Gilead’s commitment to New Jersey.

Here’s a look at more of the conversation, edited for space and clarity.

ROI-NJ: Let’s start with the space at Latitude in Parsippany. Finding the right spot was imperative for the company. How important is this site to your goals?

Joydeep Ganguly, senior vice president – corporate operations at Gilead Sciences Inc., said the company is very much committed to being in an office. A modern office.

“What we have done is recognize that the way people work is different,” he said. “When people come in, let’s say three days a week, they may choose to come in just for collaboration and teamwork — so they don’t need to be, they may not want to be, tethered to the cubicle or office. We have created more of these kinds of spaces, what we call ‘we’ spaces.

“If you look at our floor footprint, 40% is ‘me’ spaces, 40% is ‘we’ spaces and 20% is amenities. We did that intentionally. It might seem like a waste right now, but we want to cater to the fact that, when people come, the notion that there will be a formulaic way where they will adjust their way of working to the real estate is gone.

“We, as operations, have to provide a suite of options where, when people come in, depending upon how they choose to work that day, the real estate works.”

Joydeep Ganguly: This is one of our most significant leases from a cost perspective and a size perspective. The square footage is just under 100,000 (it’s 96,500 square feet), but we took two floors because we wanted a place that was scalable. But the bigger point is that we have access to 30,000 square feet of amenities that we’re going to make available to everyone — everything from pool tables to gyms to cafes to fitness centers to a Peloton room to a golf machine.

ROI: We can see that there is a lot of work going on here. Talk about the vision.

JG: We’ve made a commitment around retrofitting the space. We didn’t want to just take a space and say, ‘Let’s move in.’ Our employees are still in Morris Plains because we are doing a six-month project that is the second-highest capital project on our books. We’re spending a lot of tenant improvement dollars to ensure the place is retrofitted so it will look and feel like Gilead, because we absolutely believe that the New Jersey team needs to feel connected to Gilead.

So, we have demoed our floors and are bringing in materials. We plan to get into full-scale construction in Q4 — and we’re still on target for a Q2 delivery in 2023.

ROI: Let’s go to the idea of having the big corporate office. A lot of companies are rethinking the idea. How does Gilead see it?

JG: Gilead was described as a contrarian play because we have invested so much in real estate the last few years. We really believe that people need to come and execute with meaning and purpose. And we don’t see our workspace as just bricks and mortar, we see it as being central to meaning and purpose.

I think this was an example of that play. We did the lease in the middle of a pandemic. Everybody is calling for the death of the office, and here we are signing some of the biggest leases out there.

ROI: Talk about that engagement — and how it goes outside of the office, too.

JG: It’s part of that commitment to New Jersey. Once we’re settled here, once we’ve got a base, we want to be well known in this area. We want to have a connection to the community. That’s how scale builds.

We met with the (New Jersey) Economic Development Authority, and the conversation wasn’t about incentives, as much as it is about, how can Gilead be connected to the local community more? How can we work with the chambers of commerce more? How can we begin that dialogue?

ROI: It sounds as if New Jersey is a long-term play?

JG: Absolutely. We are very particular and thoughtful about where we establish our bases. We don’t go out and build offices in 25 places. We really believe in having centers of excellence. So, where we decide to open new spaces is incredibly thoughtfully done.

It’s decisions that don’t get made at my level; they actually get made across every level in the company because the CEO (Daniel O’Day) really believes that the fastest way to enhance the culture is to have places where people can feel connected to the company — and having 50 different places all over the network is not the way to do it.

So, I think the fact that we made this investment in the middle of a pandemic is a reflection of what we think the state provides us, as well as our commitment toward our Immunomedics employees.

Doing good to do good

“We can do well by doing good,” he said. “We are not shy about stating that. That’s our mantra.

“(Environmental, social & governance) is not just words for us. Every building we build is LEED certified. We actually do invest in spaces where our ESG philosophy lives well. And this is not just at my level, this is also across every level in the company. This is central to our passion for leaving the world in a better place. That factored in our building choice. If this was a phenomenal building with lots of glitz and glamour, but it wasn’t a sustainable building, we would either reinvest in it or go somewhere else.”

Ganguly said the commitment pays off in many ways — including the recruitment of talent.

“I think our commitment shows the next generation what we care about,” he said.

Scott promoted to CEO at CentraState