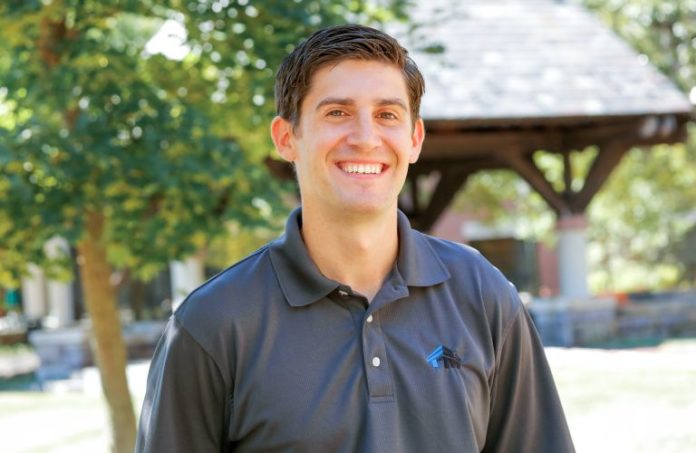 In one of the busiest times on record for the trade, engineer Michael Thomas isn’t talking in terms of putting noses to grindstones or even burning the figurative midnight oil.

He’s talking about controlling burnout. There’s a lot of work for engineers to do in the industry; it’s not slowing. That’s all true.

Keeping employees comfortable is, regardless, a top priority. For New Jersey’s engineering firms, the reality is that they can’t afford to push their professionals hard enough that they’re pushed out the door. Because the door at other firms? Wide open.

Thomas, department manager at Middletown-based T&M Associates, said that, with no signs in the local development scene of the market entering a recessionary slump, especially as a resilient market is buoyed by federal infrastructure dollars, the labor needs are only going to increase.

“You hear it from every engineering firm, time and time again: Getting teams properly staffed is really a challenge,” he said. “The labor market is unlike anything we’ve seen before. Firms are talking about this issue constantly, and it’s throwing wrenches in plans. No company is immune.”

Joseph A. Fiordaliso, head of the state’s engineering trade association, the American Council of Engineering Companies of New Jersey, knows it’s a well-trodden narrative across many industries at this point. But not every industry is set to benefit from historically large capital programs, as funding from the Infrastructure Investment and Jobs Act rolls in.

As he’ll point out, while unemployment stood at about 3.5% nationally in August’s figures, the engineering field’s unemployment number was below 1.5%. The national arm of his organization reports that 82,000 engineers are needed across the country to fulfill the work resulting from new federal funds.

“Of course, that’s a national number, but the local need is significant,” said Fiordaliso, CEO at consultancy firm NorthStar Strategies. “And there’s not a mechanism in place today, no snapping of fingers, that can make those engineers materialize.”

Fiordaliso described what the opposite of snapping fingers looks like: Four-year degrees at one of the five engineering schools in the state, another two years for those pursuing master’s or other specialized degrees and another three years of sitting as an engineer in training before licensing exam eligibility.

Today’s aspiring engineer — the one that might fill the state’s workforce gap — is nearly a decade away from entering the job market.

That’s assuming, Fiordaliso added, they don’t decide that working as a software engineer for Google has more appeal than designing culverts (a structure that conveys water under roadways).

“Competition comes from all over,” he said. “The competition is so significant that it really winds up in a musical chairs effect. One firm poaches from another. Then, that firm poaches from a (public) agency and then an agency might take someone from a firm. That’s the mobility you’re seeing in the industry right now.”

Fiordaliso called it “a case of playing with fire.” Because, at a certain point, there is a risk of not being able to turn out work. And, he said, according to industry surveys he’s seen, about half of firms have reported turning down work already due to workforce shortages.

There’s also the impact being felt by the governmental agencies delivering capital programs, handling permitting and other tasks relevant to the work of engineers.

“These agencies can’t really compete with private firms — the resources just aren’t there,” Fiordaliso said. “I’m not suggesting there’s a problem there today, or being critical, but there’s an added challenge from a workforce standpoint on that public agency side when it comes to competition for talent.”

“And I don’t think it’s just them; all state agencies are just taking longer,” he said. “We’re not the only ones. All engineering companies are feeling this. It was never really fast — but also never, ever, ever this slow, either.”

Engineers are having to be very upfront about the potential for extended timelines on projects as a result of this trend, Caldwell added.

“I just wish things would go back to some sort of normalcy for clients,” he said. “They’re struggling with it. And if they cancel projects, that’s work we lose — without it having anything to do with whether the project is good or bad.

“Some might look at it and say, ‘Hey, prices for materials are high, so I can wait 12 months for this permit because prices might be less then.’ But, most of the people we deal with, once we initiate the project, they want to see it through to fruition and done as quickly as possible.”

As far as hiring for his own operation goes, he’s in the same boat as other engineering firms. He’s looking for a civil engineer right now. And it’s rough going.

“We’ve tried all the online services, talking to everyone we know, putting ads out, doing social media and generally spending a lot of money,” he said. “We’re finding very little ROI on that stuff. I know we’re competitive on our pricing, as well as 401(k) and profit sharing — all that stuff.”

For the younger engineers who happen to have started their educational journey years ago, and are now entering the ranks of New Jersey’s firms, the timing couldn’t have been better.

“A lot of opportunity has been created for younger folks,” Thomas said. “We’ve had professionals on the younger side promoted several times in the past few years here, and a couple promotions coming up soon.

Scola, managing partner at Hoffmann & Baron LLP, which has an office in Parsippany and engineering clients throughout New Jersey, said a firm catering to this sector looks to add legal professionals with technical backgrounds that match the civil, mechanical or chemical engineering expertise of the clients they’re advising.

“But it’s worth doing, even if it’s very difficult and very competitive to find those people,” he said. “We’ve been fortunate. We were able to recently add two experienced people from large firms to open an office in the D.C. area.”

There’s a couple of attributes engineers in particular tend to look for in a law firm, Scola said. Attention to detail, down to the technical minutiae, and working on strict timelines in the way engineers themselves do — those qualities both make the list.

And sharing the same field experience as the clients you’re working with is up there, too.

“Speaking the same language is really essential,” Scola said. “Because they do speak a different language. Even if they have a good business sense, they like to speak in their own jargon and talk about what’s going on in their world. Practical experience allows our professionals to say, ‘I remember that problem from when I was in the field,’ when an issue is raised.”

A firm like Scola’s has made efforts to poach professionals from larger firms that can easily decipher an engineer’s lingo because it also helps them establish what the needs of a client truly are.

“Often times, when engineering people call, it’s a business guy with an engineering background,” he said. “And that first point of contact isn’t often sure what they need yet. So, if you can speak that language, you can also guide them better with questions.”