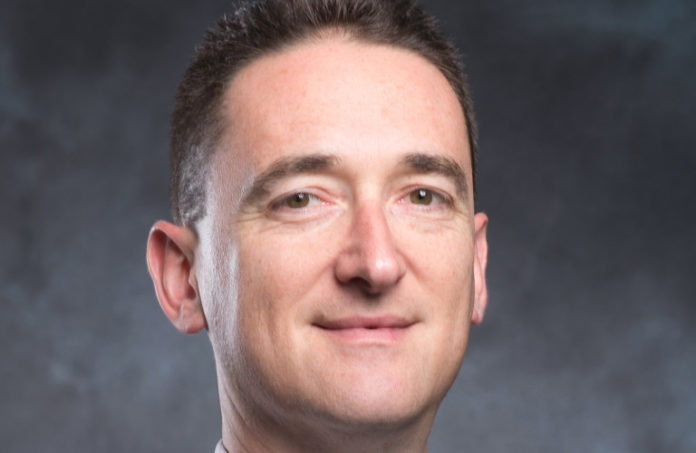 Logistics expert Michael Rofman hears confessions almost like a man of the cloth.

But, as for who’s guiltiest for the supply chain fumbles partly blamed for the economy’s more recent fall from grace — well, that’s up for debate.

Rofman, leader of the New Jersey Transportation and Logistics Group at Mazars USA, works for clients in a wide range of transportation and logistics verticals. So, he gets just as wide a range of opinions and perspectives on the sector and its woes.

The industry veteran blessed ROI-NJ with some insight into what he hears from the sector’s side of things.

ROI-NJ: How has the region’s supply chain narrative been evolving in recent months?

Michael Rofman: I wouldn’t say we’ve seen a lot of change, in the sense that the continuous supply chain issues impacting New Jersey and New York are still there. You have not only the issues in the region, but also those affecting the West Coast that have led to a diversion of more shipping containers to the East Coast to allow cargo owners to get through the supply chain quicker. So, we’re only seeing an increase in containers and ships in ports on the East Coast, so much so that there’s always a backlog at this stage of things unable to get through.

ROI: What would you consider to be the prevailing driver of supply chain bottlenecks locally?

MR: One of the items that the United States is known for are exports of empty container boxes. But, even those have become a supply chain issue now, where you have a multitude of these empty units that have built up and there’s nowhere to put them on the terminal. And the ships and marine terminal operators aren’t able to accept them. And, so, the truckers have to come and bring them back in a way that creates further compression on the system. There’s often nowhere to return these empty containers. Transparency issues and reporting of information among all the parties, which doesn’t currently exist, creates more of an issue. Seeing as though we consume so much on the inbound, not having all the outbound go back to the places of origin to refill, replenish and bring back, it’s straining the supply chain. And it’s magnified in New Jersey due to the limited size of available terminal space.

The lack of ability of the region’s terminals to handle that extra capacity is creating further issues and clogging up the supply chain. It puts a strain on the truckers, who have to pay (fines for the stranded empty containers) to terminal operators before their clients reimburse them. There’s many inconsistencies in the billing or other issues. They go to pick a container up or drop it off and they find (the place) closed for the day. Meanwhile, they’re continuing to get billed. Many times, they’re required to return containers after a certain amount of free dates, but there’s nowhere that’s specified to return it. A destination to return it was never named. That’s one of the biggest issues right now hampering our ports.

ROI: Is there an ongoing discussion of how that issue might be resolved?

MR: The Port Authority (of New York and New Jersey) got involved with other agencies to introduce the billing of ocean carrier lines directly to move containers out of ports. That will hopefully reduce the impact of storing containers for long periods at ports and not being able to return them. This is something new, something that’s just come out in the past week or two. With all the noise that all these supply chain disruptions have caused, getting truckers and the government involved is a pendulum swinging in the other direction. If the port community can get that issue handled in an efficient manner, it’ll help truckers navigate these problems that are leading to burdens and additional cost increases of goods — which ultimately adds to that inflation number. There could also be an answer to solve it in technology. You’d just have to get everyone on board on that. Thankfully, it seems like all the right pieces are involved at this point.

There was also the Ocean Shipping Reform Act of 2022 that was passed recently. That was Congress’ way to get involved and allow the FMC (Federal Maritime Commission) to help abate issues around empty containers, how they’re being transported currently and the billing and fees charged by ocean liners. It’s taking on some of the issues that lead to holdups in the ability of truckers to pick up containers from terminals based on charges, for instance, if they’re on a credit hold list as a result of these charges. The fees, which will now be investigated by the FMC based on complaints, add up with the magnitude of volume that’s handled at the port. The problem is that truckers are dealing with congestion at the port and so they’re being charged (late fees) when they have an appointment and they find they’re already locked out. Ultimately, those charges are passed through to manufacturing companies and suppliers.

ROI: With issues like that affecting their bottom line, what’s the pulse like of clients in the trucking industry today?

MR: The fact is that operating a truck today costs more than it did even a year or two ago. Drivers are getting paid 20-30% more. Walmart recently came out saying they’re willing to pay drivers up to $100,000. That shows you how urgent and immediate this issue is to them. If you can’t get goods into stores, you can’t sell them — and turn consumer goods into cash. So, they see it as, as soon as we get more drivers, we can turn boxes quicker. And that’s mainly because of these supply chain matters, not because volume is so high that trucks can’t handle it. As we see costs rising with inflation, the cost of operating a truck is increasing. It costs between $110 and $120 an hour now to operate a truck, taking into account costs of salary, benefits, equipment, fuel and operating costs. And it’s all very circular, because the more trucking costs go up, there’s going to be part of inventory costs that are passed onto consumers. So, it hurts.

ROI: Has that changed the appetite for trucking business in the region?

MR: Starting in about October of last year, demand and truck rates had risen enough that a lot of truck drivers working as drivers for other companies decided to go into business for themselves. We saw a greater number of new motor carrier licenses applied for than ever. As costs continued to rise — especially the interest rates for equipment, as well as insurance costs — this year, those folks that converted to owner-operators of trucking companies couldn’t continue operating that way. Rates also started to soften a little bit. So, around the April and May time frame, we then saw the greatest exit of those small trucking companies then canceling their motor carrier licenses and going back to work for the large commercial shipping companies. People had gone after it; they seized the moment. Then they were stuck with higher operating costs at a lower margin.

ROI: Sounds like things are moving quickly in that industry … any chance that the industry and the global supply chain it’s tied into could just as quickly shift back to a pre-pandemic normalcy?

MR: It’s really hard to speak to anything beyond what we’re experiencing right now. Everyone seems to want to go back to the way things were, because that’s what they remember it as. But, no one can put an end date to these issues. Every time you hear a prediction, something else comes out that further extends it. Just this morning, I’m reading that equipment shortages are getting worse — and it’s not too new, or specific to New Jersey — but chassis components are going to be in a shortage throughout 2024. So, as each six-month period goes by, it just seems that these issues are being extended out. Even still, some carriers are still doing quite well in the sector at this time. Companies are adapting to technology and using data analytics to make pricing decisions and to utilize their assets most effectively. So, while carriers might be dealing with these extra fees and charges, as well as fuel rates, companies are also doing better at pricing in a way that’s helping them deal with everything. And I expect they’ll just continue to improve at that.