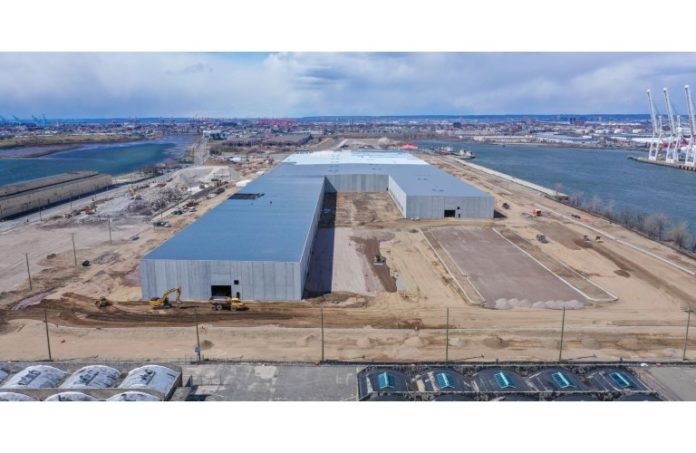 There are a number of features one might choose to highlight about the redevelopment of the 153-acre former Military Ocean Terminal property known as Lincoln Logistics Bayonne, such as the fact that it’s being anchored by UPS, which has committed to a regional hub and distribution center that’s expected to create more than 1,000 jobs.

But Lance Bergstein, managing director at Lincoln Equities Group, the site’s developer, had one feature he pointed to about the project sooner than the rest: All along, Bayonne was supportive of what the company was doing. And the developer and the municipality enjoyed a collaborative relationship.

That’s not always the case. There has been a strong pushback from certain municipalities that don’t want more industrial warehousing in their town, Bergstein said. Bayonne saw benefits; sometimes, towns haven’t.

“There’s a lot of misconceptions and a variety of levels of concerns about truck traffic — leading to a preference for mixed-use and residential developments,” he said. “From an analytical perspective, warehouses incur less traffic than multifamily and mixed-use developments. There’s also an impact to the ratables and tax dollars municipalities see from these projects.”

Lincoln Logistics Bayonne is doing more than riding the wave of demand for distribution hubs along major roadways. Lance Bergstein said the redevelopment of a waterfront peninsula is bringing water access into the logistics conversation as well.

Bergstein, a leader at the East Rutherford-based firm, said part of what made the repurposing of the 153-acre Military Ocean Terminal unique is how connected it is to something like the Global Container Marine Terminal — just 800 feet away.

The site also features an 1,800-foot wharf, which UPS is leasing along with its 886,000-square-foot build-to-suit warehouse (expected to be up and running by the end of the year).

“UPS had immense interest in a location like that,” Bergstein said. “It’s expected to alleviate truck traffic and start to open up this specialized site on the peninsula as a ‘marine highway.’ … UPS will be conducting tests of barging trucks from Bayonne to sites in the boroughs.

“It’s an innovative site, given that it really enables a new mode of transportation from the logistics perspective.”

It’s no secret: Warehouse space is at a premium. Attorney and logistics expert Justin Calta said that, in North Jersey, clients are finding space especially hard to come by. The demand is immense. And so is the dissent.

Calta, counsel at Saiber LLC, has been tracking legislative activity in New Jersey that responds to Jerseyans more frustrated than pleased with the Garden State’s new “Warehouse State” moniker. Last year, new limits on warehouse development were floated in the state Legislature.

“That bill, introduced by (former Senate President Steve) Sweeney, would’ve imposed a tightened layer of additional regulations on warehouse development,” he said. “It didn’t go anywhere. But it has been followed by the state Planning Commission considering warehouse siting guidelines. Those take a softer approach, but adapt many of the same recommendations in line with what that prior proposed legislation was trying to achieve.”

In New Jersey, there have been critics of the added traffic and environmental impact of warehouses in communities, especially the in-demand real estate in close proximity to the New Jersey Turnpike. Calta said that’s come from the public officials in municipalities and community groups.

The guidelines for future warehouse development would ask communities to reexamine their master plans and update zoning ordinances to match how they’d like to see development unfold locally. It also comes with recommendations that would have developers meeting new green infrastructure standards.

“While its adoption could ultimately encourage more development, it’s going to get more expensive,” Calta said. “There’s going to be an additional layer of regulation, and that’s going to make everything take a longer amount of time. Developers in certain areas are going to have to take a look at alternative locations, as some of the zoning recommendations say sites have to be located within a certain distance to a distribution route. There’s a lot of details to drill down into.”

As the guidelines are still in a draft format, and have not been finalized by a vote, not much has changed as of yet.

“But things could possibly look a lot different in the next few years,” Calta said, adding, “And it’s going to sound rich coming from me, but you should have a good lawyer who knows what they’re doing with respect to development going forward.”

Calta said the world of logistics — and the development of sites suited for e-commerce and last-mile delivery providers, for that matter — is getting more complicated.

“But it’s our job to be bullish about the market,” he said. “It’s hard to argue with the fundamentals. And we’re optimistic that rents will continue in the right direction for us; hopefully, construction prices come down … and demand will continue to be unprecedented. So, there’s not too much keeping me up at night.”

Amazon Global Air to bring 1,000 jobs to Newark Liberty in...