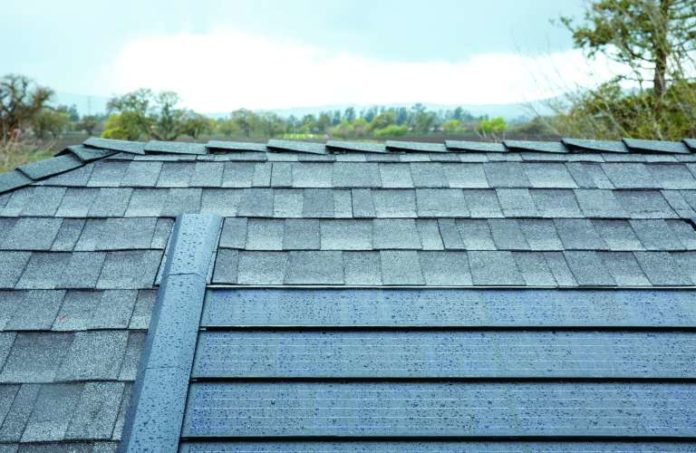 Roofing and solar engineers may work on the same sun-faced exteriors of buildings, but that doesn’t make them a big, happy family.

There’s tension housed between them.

John Hogan, president of Montville company Blue Nail LLC, said that’s because of a separation between those two estates that once existed. Now, increasingly, they’re coming together.

From the roofing side, where Hogan’s perspective comes in, there were issues in the past that stemmed from disconnected projects leading to disconnects in responsibilities (and warranty plans).

“It happens to us plenty: We do a roof on which (solar) panels are installed by another company, months later,” he said. “There’s a reported leak in the roof underneath the panels, often from penetrations through the roof during the panel installation. But the solar company pushes back on that, and it’s a whole big game of pointing fingers at each other.”

The difference today? Both sides are trying to get into the other’s line of business, bundling solar energy and roofing into one solution.

Hogan’s local company is the first roofer in New Jersey to do installations of a product that’s bridging the gap between those business sectors in a real way.

The product is referred to as Timberline Solar Energy Shingles, a technology recently introduced by GAF Energy, sister unit of North America’s largest roofing company, Parsippany-based GAF. These are nailable solar roof shingles, installed just as regular asphalt roofing shingles would be on a structure.

As solar companies and roofers try to do what each other does for customers, Hogan said his local company decided to bet on this California-based company’s solution. It’s taking that leap even though the Garden State isn’t in GAF’s service zone and, so, Blue Nail has to do all the engineering, permitting and other back-end work before installing these shingles themselves.

It has been convinced by the competitive advantage GAF claims to have over traditional solar panels, which need to be reinstalled when roofs need replacing, and also can’t be installed on dated roofs. He argues there’s also leaf traps, bird and insect nesting problems and other maintenance issues that come up with rack-mounted solar panels.

“With this, there’s no questions,” Hogan said. “Everything is under warranty with one company. On top of that, there’s less risk of leaks and, aesthetically, it looks better — much less bulky because the shingles lay flush.”

The process of installing the solar shingles itself is the easy part, he added. The components are nailed down in a similar way to what roofing companies do with regular roof shingles.

Blue Nail has worked closely with GAF on becoming a certified installer of the product, which Hogan explained has few competitors right now in the solar shingle space. Tesla engineered solar roof tiles, he said, but that’s been marketed less for the average homeowner and more toward a high-end customer.

Pricewise, there’s not a lot of available information on this new combination of roofing and solar power. It’s touted as a cheaper alternative to the option Tesla rolled out.

“And, I would say, in general, it’s difficult to compare to the price of traditional panels because it’s part of a roofing installation — but it’s comparable,” Hogan said. “You save money by subtracting the asphalt shingles on a new roof installation. And, when you consider that, it comes out to about the same cost.”

There’s also tax credits and incentive programs in New Jersey contributing to the sales approach, which is one of the biggest areas of change for a roofing company dipping their feet into the solar market.

“It is a big transition on the sales side,” Hogan said. “The reason people want to go solar is because they value being eco-friendly and because they want to save money and see an ROI on their cash flow. That’s a whole different presentation and talk than describing the protections and value of a roof.”

Hogan expects more roofing companies in the region will be going through their own transitions over the next five to eight years, when he expects these products to become more mainstream.

“It’s really just the start of something that’s going to continue to evolve and get better,” he said. “And, right from the start, we’re seeing a good demand for it.”