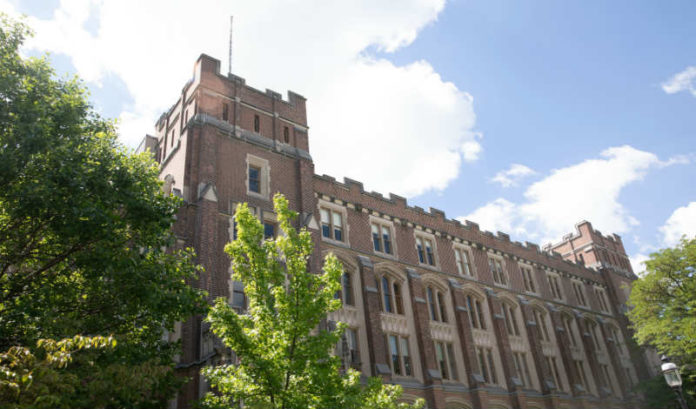 How long has Princeton University’s run as the No. 1 university in the country been? Consider this: The school’s incoming freshman class was starting second grade when it began.

For the 12th consecutive year, Princeton was ranked No. 1 in the prestigious U.S. News & World Report rankings, which were released Monday. (See the complete list here.)

And, while the school always humbly accepts the honor, others in New Jersey may find this year’s rankings worth shouting about.

A look at the New Jersey rankings:

Stockton was ranked in the national category for the first time, as was Kean University, which was grouped with universities between No. 331-No. 440.

Kean, which is pushing to increase its growing stature, was ranked No. 46 among 439 national universities in increasing social mobility for students, a measure recognizing Kean’s success in supporting economically disadvantaged students throughout their path to graduation.

“We are gratified by the strong showing Kean University makes in this year’s U.S. News & World Report Best Colleges rankings, including rising from regional university to national university,” Kean President Lamont Repollet said. “More importantly, we are proud of the incredible work behind those numbers, including our stronger focus on research, growing doctoral programs, and of course our continued commitment to diversity and inclusion as we support all students.”

U.S. News & World Report, considered the global authority in education rankings, said it evaluated 1,500 colleges and universities on up to 17 measures of academic quality.

Princeton said it was again honored to come out on top of all those evaluated.

“Princeton is committed to contributing to the world through teaching and research of unsurpassed quality,” the school said in a statement. “To do that, we strive to support a diverse community and offer financial aid that allows students from a wide range of backgrounds and experiences to graduate debt-free and impact the community and world around them.

“Of course, we appreciate when those efforts are recognized.”

NJIT, under new President Teik Lim, was thrilled the school has jumped 21 spots in the past two years.

“Joining the Top 100 in U.S. News’ National Universities rankings and ranking No. 42 among public colleges is significant and follows on the heels of being named the No. 1 public university in New Jersey and No. 28 in the nation by Forbes,” he said. “What’s most important is that the reason for NJIT’s rise in the rankings and its reputational growth is the success of our students and alumni in their academic and professional career pursuits.”

Rutgers, which improved from No. 63 a year ago, was pleased.

“It is gratifying and affirming to see rising rankings that are an outgrowth of our work across the university,” President Jonathan Holloway said. “Building on Rutgers’ academic excellence and supporting our first-rate faculty, transforming the lives of our remarkable students and cultivating innovations that improve the world we live in are reflected in the new rankings.”

“Over the last decade, Stevens has distinguished itself as a premier, student-centric, technological research university on a remarkable upward trajectory,” the school said in a statement. “Our continued recognition in the U.S. News rankings reflects our dedication to providing an exceptional educational experience for our students, whose innovative research and impactful achievements will change our world for the better.”

Schools are ranked separately by categories, including:

Drew University was the only New Jersey school ranked in the national liberal arts ranking, coming in at a tie for No. 111.

Here is the national Top 10: