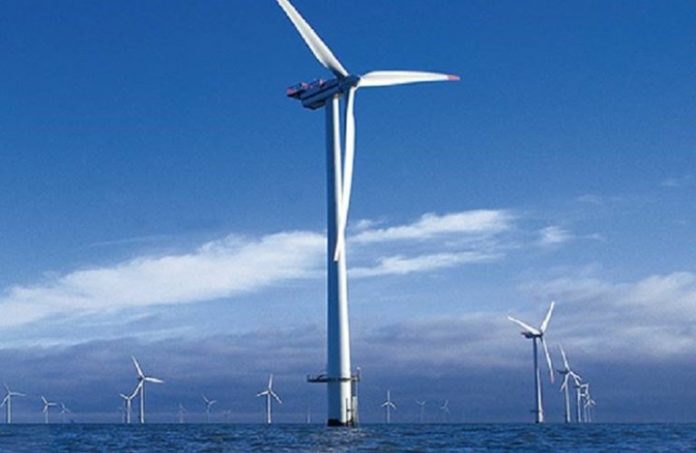 When it comes to energy transmission, Public Service Enterprise Group and Ørsted are two of the most well-known, best respected and most experienced brands in the state and — in Ørsted’s case — around the globe.

This, combined with their histories of reliability, are just some of the reasons why they feel their joint Coastal Wind Link project should be selected over the 12 other bidders when the New Jersey Board of Public Utilities decides which group should be responsible for building the transmission service that will lead the state’s exploding offshore wind energy plans for the next decade and beyond.

But to say Coastal Wind should be selected on these past performances alone overlooks the forward-thinking innovative “meshed-grid” idea — one the companies feel will both ease the ability of the produced energy to get to the offshore converter stations and ease the ability to send that energy to the onshore location that needs it most.

PSEG and Ørsted officials feel this meshed-grid design is a game-changer for the industry — one that potentially could save millions of dollars annually — and is unique among the 13 companies that have combined to provide 80 different project scenarios.

In short, it’s why PSEG and Ørsted officials feel one of their Coastal Wind Link proposals (they’ve submitted seven different, but similar ideas) should be selected when the announcement, expected in early October, is made.

Ray DePillo, director of development for offshore wind at PSEG, broke down the benefits of the meshed grid.

DePillo said the standard design would be the equivalent of extension cords connecting the energy from the turbines to the offshore substations — where all of the combined energy would then be shipped to a single short point.

PSEG and Ørsted worked with high voltage direct current, or HVDC, designers to create a system where all of the lines could connect to a number of different substations — thus providing the ability to move captured energy offshore before it went onshore to points where it was most needed, DePillo said.

“We identified a way to interlink those substations offshore, so that, at any given point in time, we can move power from one to the other, freely,” he said. “This is unique to our proposal.”

And a potential game-changer, he said.

DePillo said the idea is somewhat analogous to a well-known road-travel app.

“Effectively, what our system has the capability of doing, is to operate like Waze,” he said. “If there’s a congested point, it’ll basically reroute the power around that congested point to make sure that it’s getting to the shore as efficiently as possible.

“Our system will guide the power to where it’s needed most in the system in real time.”

That plays into another aspect of the PSEG/Ørsted proposal. Their initiatives have three onshore landing areas, allowing the meshed grid to easily move energy onshore where it’s needed — a much easier task than trying to move the energy around onshore.

As much as anything, DePillo hopes the innovative meshed-grid creation will debunk any notion that the most experienced players in the field would only regurgitate old ideas.

“This is a really competitive industry,” he said. “I think all companies had to really sharpen their pencils to produce a good offering.

“Part of the reason we spent as much as we did in trying to engineer this solution was because we wanted to be able to offer a ceiling that was competitive, but reflected the best new ideas.”

Depillo recently discussed the proposal with ROI-NJ. Here’s a look at more of the conversation, edited for space and clarity.

ROI-NJ: Let’s talk about the partnership. Ørsted has been involved in the global offshore wind since 1991 and is the largest OSW company in the world — with nearly three times the capacity of its closest competitors. PSEG is the largest utility in the state, one that has built and oversees more miles of transmission than anyone else. How much does this experience matter?

Ray Depillo: We think it’s the clear differentiator. What we wanted to do was bring together our New Jersey experience with their offshore wind experience to build a solution that would fit the needs of New Jersey going forward — and be reliable.

ROI: How does that play out?

RD: Part of the planning and development of a system is making sure that all the interfaces are working properly, making sure you’ve procured enough spare parts for the key pieces of equipment that you’ve already procured, and building single and double redundancies into some of the critical aspects of the system. We know how to do that.

ROI: Your proposals all have three onshore locations (Sewaren and Deans in Middlesex County; Larrabee in Monmouth County). Many of the other bids only have one onshore connection. Talk about the concept.

RD: Our site in North Jersey is located at our former fossil fuel generating plant in Sewaren. We’re going to tear down the old oil and gas units that are retired there and install our converter station right next to the Sewaren point of interconnection. So, we’ll be able to inject power directly there.

In Central Jersey, we’re looking at Deans, which is a very popular site among the different competitors, primarily because it’s a very strong site in the state and can handle a fair amount of megawatts going into the region.

And in southern New Jersey, we’re targeting Larrabee, which can facilitate our injection into the region with the smallest amount of upgrades required by the state.

I think the Sewaren location is kind of what we see is one of those real differentiators. It’s really got the shortest land route of all the proposals, and utilizing our site really presents an opportunity for not just redevelopment in the Woodbridge area, but as an opportunity to kind of change the waterfront there.

ROI: Your competitors might say having three onshore connection points is more costly and more disruptive to the environment. What would you say in response?

RD: New Jersey’s seeking resiliency with this proposal. We did not want to have 3,000 or 4,000 megawatts moving into a single point of interconnection. That’s not a good recipe for advanced reliability.

So, we targeted three spots to deliver energy — and our meshed grid on the back end allows us to be able to direct power throughout the state, which minimizes congestion costs and increases resiliency and overall reliability. One study said the potential savings of the mesh grid could be $50 million-$60 million a year.

We spend a lot of time talking about value — and, granted, value comes with cost — but we think we’ve been able to hit all those key reliability value drivers and still kept our cost competitive with all the others.

ROI: But, will there be an increased cost to build — going to three spots instead of just one?

RD: It’s really not much more cost, the increased expense would be for trenching. So, it is not exponentially more cost. The real cost of these projects is in the equipment — the offshore and onshore substation and the cabling. Don’t get me wrong, having to trench and dig up roads is expensive, but it’s not the bulk of the project costs.

The other thing I would say is, with our costs, is that we’ve put these offshore stations in a stationary location — so, it’s not contingent on who wins the next solicitation or how things evolve in this process.

Having worked with Ørsted on Ocean Wind 1, and obviously with Ørsted’s experience and our experience, we really understand what is needed. We’ve designed our substations to be able to accommodate new interconnections offshore as these as the offshore wind requirements expand.

ROI: We know you made your pitch to the BPU; make it to our audience. Why is your proposal the best?

RD: No. 1, and where I think we have some clear advantages, is that we understand New Jersey. Our experience of being a part of the state community and our reputation — and wanting to maintain that critical reputation across both companies — is important.

No. 2 is the innovation of our proposal and the value proposition to the state.

And No. 3 is the ability to deliver this on time.

That’s another major feature that’s associated with going with companies with our kind of experience. We’ve been there, we’ve constructed these things, we understand what’s required, from the permitting all the way to the interconnecting in these systems. All of that is reflected in the schedule guarantee that we offer to the state.

$17 billion for boilers? Some doubt energy plan is feasible