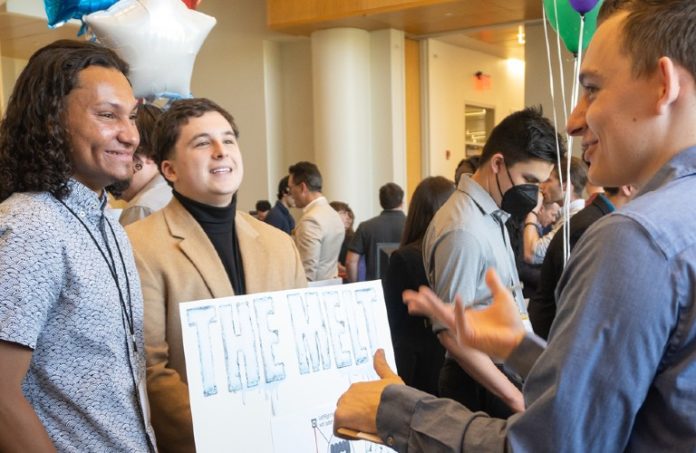 A venture capital fund at Rowan University expanded in August to $25 million, an amount intended to spur economic development beyond its campus.

The Rowan Innovation Venture Fund is available to Rowan University students, faculty and staff and members of the community. It is poised to help a great number of businesses launch and attract further dollars.

The fund began in 2014 with $5 million and, to date, has helped a wide range of businesses launch. In fact, since 2015, the RIVF has seeded 14 South Jersey-based and regional startups, many launched by Rowan University students and faculty.

“At $25 million, the RIVF is among the largest venture funds from a public university in the region,” Rowan President Ali Houshmand stated. “As Rowan grows, part of our mission must be to support innovators with the ideas and ability to launch businesses, create jobs and improve our community.”

Houshmand noted that the RIVF’s expansion coincides with a push to make Rowan more entrepreneurial, including, in the last year alone, a partnership with Virtua Health to create a dynamic and transformational academic health system that will drive innovation, research and clinical care. The institution is also launching the Rowan University School of Veterinary Medicine, a first for New Jersey, and created the School of Innovation & Entrepreneurship within the Rohrer College of Business.

“We’ve invested approximately $4.3 million since the fund’s formation,” RIVF Managing Director Ernest Holtzheimer stated. “I work closely with our advisory committee to determine if an opportunity meets the fund’s criteria for investment.”

To date, the fund has provided more than $2.4 million to life sciences companies, more than $1.2 million to software/mobile app firms, some $450,000 to telecommunications startups and $150,000 to entrepreneurs in the food and beverage sector.

HALFDAY Tonics co-founder Mike Lombardo, who started the company with his Rohrer College of Business classmate Kayvon Jahanbakhsh, said RIVF seed funding of $75,000 was critical in getting started.

RIVF and Rowan University Foundation board member Anthony Calabrese said the fund invests in promising companies in exchange for equity and, upon a liquidity event, such as an initial public offering or sale, all amounts earned by the fund are reinvested to support more businesses.

“Our goal is to support innovation at Rowan and to help attract researchers, faculty and students with an inclination to develop a product or service to be commercialized,” Calabrese said.

Eric Liguori, founding head of Rowan’s School of Innovation & Entrepreneurship, said that, in expanding the RIVF, Rowan made a further commitment to the region’s economic future.

“The RIVF enables students, faculty and community members with great, scalable business ideas to get started,” Liguori said. “With $25 million, we’ll be able to fund a whole lot more.”