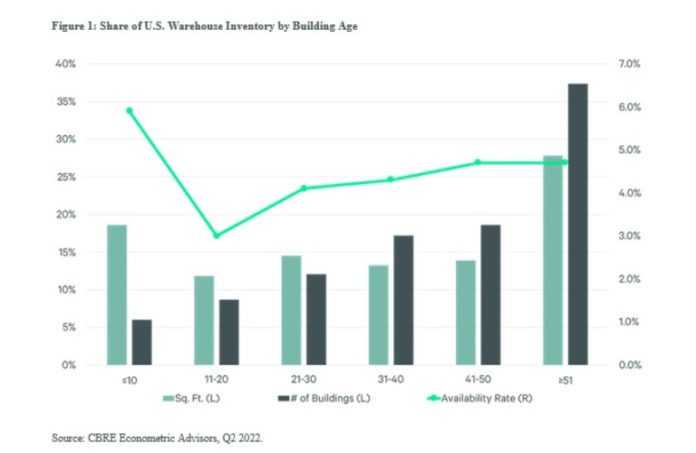 Aging warehouse inventory justifies the record pace of construction, according to a new report from CBRE, but even older product remains popular in today’s environment.

The recent report by CBRE Research found that existing U.S. warehouse inventory averages 43 years of age, with nearly 28% more than 50 years old and at risk of functional obsolescence. However, CBRE also found that 95% of the older, largely urban-infill inventory is occupied, mainly by local or regional logistics operators that favor proximity to customers and labor over functionality. 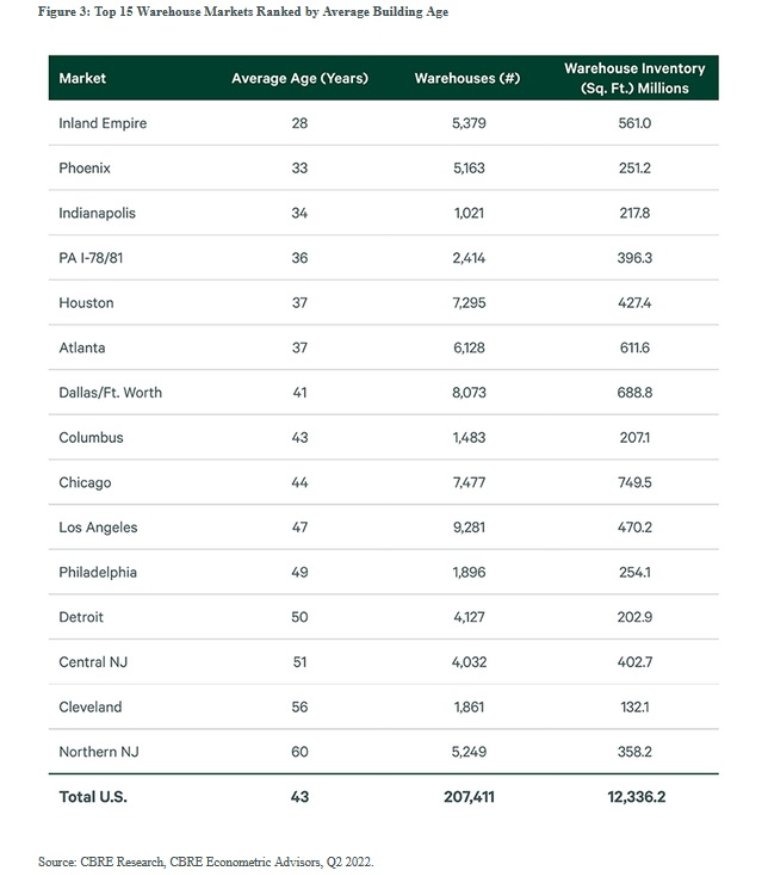 Some 627 million square feet of inventory is currently under construction, at least in part in response to this situation, CBRE noted. Major e-commerce and logistics companies require highly functional, modern facilities, the report indicated, with demand from these companies justifying the new development.

The report found that only 6% of U.S. warehouses have been built within the past 10 years, but a 25%-plus increase in average size means those properties account for 18.6% of total inventory.

The ages represented the 13th-rated and last-place ratings among the Top 15 warehouse markets. The Inland Empire region in Southern California led the Top 15 with an average age of 28 years.