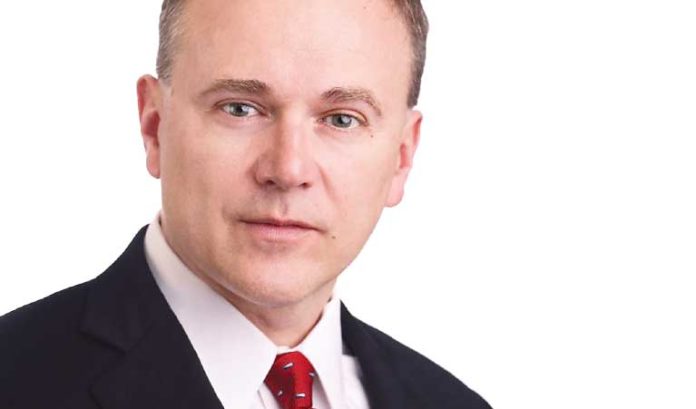 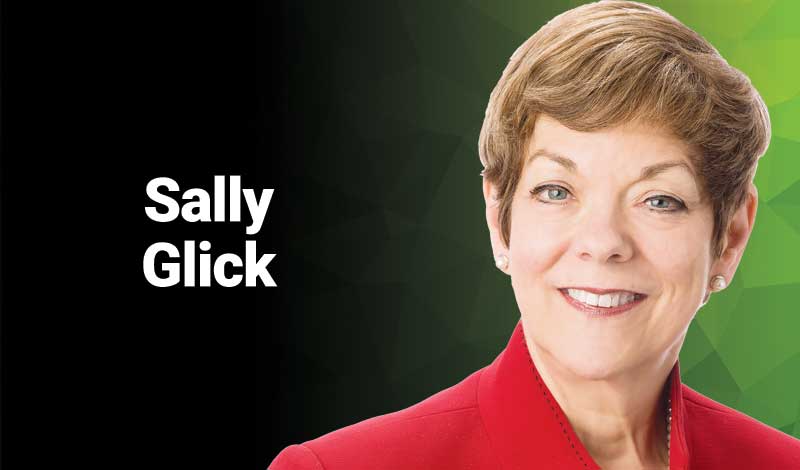 “To be elite — to be unequivocally recognized as the best in your field — requires a 100% commitment. Whether your passion is to be a professional athlete, attorney, coach, consultant, entrepreneur, fundraiser or public speaker, the effort that is necessary to attain this high-level status quickly distinguishes the superheroes from everyone else.”

Sean Callagy, the owner of Callagy Law in Paramus and co-founder of Unblinded, a self-help sales training method based on integrity and overcoming obstacles, knows all about success.

At the age of 5, Callagy was diagnosed with retinitis pigmentosa — a degenerative, genetic disease that ultimately leads to complete and permanent blindness. He knew he had to move at warp speed to achieve all his goals. With a fire burning inside and the powerful influences of his parents, stepparents and especially his grandmothers, Callagy put himself on a path that would be overwhelming for just about anyone else. With diverse set of role models that included Batman, Muhammad Ali, Luke Skywalker and even James Bond, Callagy worked at becoming not only the best in business or sports, but to frame a life based on the best ethics and shaped by selfless kindness.

He quickly learned that nothing is out of reach.

Despite the setbacks that came with his genetics, Callagy never gave up. He knew that the best athletes were getting bigger and stronger. So, when he discovered the concept of peak performance as a teenager, he pushed himself to swing the bat faster, lift heavier weights, increase his hand speed and do whatever it took to go well beyond his physical limitations. Following a formula that combined imagery and visualization, his efforts paid off as he grew more and more proficient as a teenager and young adult.

The results were obvious. Callagy starred in baseball, football and wrestling, working to change fate and overcome some of the natural physical attributes that made the success of others more physically gifted seem so effortless. He was recruited by schools across the country before settling on Columbia University, where he was a captain on the baseball team.

From that time on, Callagy knew that he would always be at the top — he just would not be able to take the easy path to get there.

He had spent all of his life with only one goal, becoming a professional baseball player. But, as he moved into adulthood, his vision was growing more compromised. He eventually became truly vision-impaired. By 1992, it got to the point where he had to end his baseball career.

Callagy felt that he not only lost his vision, but his identity. He needed to find a new career.

After graduating college, Callagy landed a job in the Trust & Estate Department of a local bank. But he knew that this would never be the right path. Determined not to lose focus on peak performance at all costs, he attended Seton Hall Law School — and quickly got back into the swing of things.

Callagy applied all that he had learned in sports to law. He watched what the experts did to achieve success. In Moot Court, he realized that tone and inflection were critical for presenting a compelling argument. So, just as he had done before in the gym or batting cages, he mastered those essential traits that would make him a standout champion.

And, when he heard all the dire warnings that only the Top 10% of graduates would be offered positions in prestigious law firms, Callagy worked to graduate near the top of his class, earning many first-year offers.

He quickly learned a big lesson.

After graduation, Callagy took a role at a local law firm. While out to lunch with the partners, he realized he’d left his wallet on his desk. He asked if he could borrow $10 for his turkey on rye sandwich, offering to pay it back as soon as everyone returned to work. Once he got into the office, he was distracted for about 30 minutes. But, before he could head down to repay the loan, the managing partner was at his door, asking for the $10. Stunned, he vowed right then and there to never work in a culture that would be so narrow-minded or lacking in empathy.

That small incident had a huge impact on his career direction.

As did “Awaken the Giant Within” by Tony Robbins. Callagy felt the book gave context to the ideal he had been following all his life: self-mastery.

Instead of walking away from his career as a lawyer, Callagy vowed to create something far better. He launched his own law firm, applied the lifelong principle of peak performance and reaffirmed that he would never quit.

Callagy’s law practice grew from one to 40 people in one year. And his terrific success as a rainmaker convinced him to help others. He did this by arming them with the tools to demonstrate their own intrinsic value, coaching them to overcome their fears of failing. By teaching them the essential skills needed to drive a conversation from “hello” to “yes,” he enabled them to consistently generate exciting, profitable work using self-mastery as a foundation.

A foundation for his next step.

As Callagy continued through his career, he launched a second firm with even greater success than his first (growing from one to 100 in three years). He took on seemingly impossible medical revenue recovery cases, winning incredible verdicts in the process. Callagy was on the right end of verdicts totaling $27 million and $33 million, making him one of only two attorneys in the country to have two Top 100 national jury verdicts between 2014-16.

Through all this, Callagy promised himself that his life would mean much more.

Whether raising funds for Robbins’ philanthropic efforts, getting fair decisions for his clients or encouraging others to be their own best self, Callagy has never wavered from three core objectives:

As the chief visionary officer at Unblinded, Callagy has found a way to make that promise a reality. With a singular focus, Callagy adheres to the promise that he will never be a cruel or unethical. Most importantly, he said he always will help lift others to the same standards along the way.

Passaic County CASA: Advocates for children are in midst of fundraiser