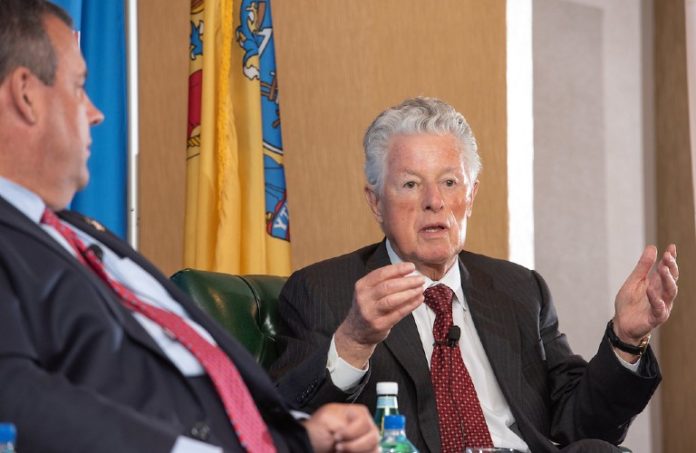 Former Gov. Jim Florio, a key figure in New Jersey politics for more than three decades who was involved in two of the closest gubernatorial races in state history, has died. He was 85.

Florio, an eight-term Democratic congressman from South Jersey, obviously is best known for his four years as governor, serving from 1990-94. And his term as governor is best known for the $2.8 billion tax increase he introduced shortly after taking office — something he said was required to fix three issues still facing the state today: balancing the state budget, cleaning up the environment and making school funding for rich and poor district more equitable.

While serving as governor, he signed into the law the Clean Water Enforcement Act, which was one of the strongest environmental laws of its type in the U.S.; the Quality Education Act, which provided greater equity in New Jersey’s school finance system; welfare reform and health care cost legislation; and the nation’s toughest assault weapons ban.

His massive tax hike, however, proved to be his undoing.

For all the big-picture items the increase in income taxes were supposed to correct, opponents quickly jumped on the fact that he not only proposed to increase the state’s sales tax by 1% — and adding new taxable items, including toilet paper.

Florio was defeated by Republican Christie Whitman in November 1993 by 26,093 votes (49%-48%). Whitman became a household name in New Jersey politics in 1992, when she narrowly missed beating incumbent U.S. Sen. Bill Bradley, who had a 47-point lead months before the election. Whitman appealed to New Jersey voters due to her opposition to Florio’s tax plan.

After his defeat, Florio moved to private practice and was a founding partner in Florio Perrucci Steinhardt Cappelli Tipton & Taylor, a firm based in Cherry Hill.

Florio was listed as the chair of the firm’s energy, environmental law, government and regulatory affairs and the health care law groups. He also was a senior fellow for public policy and administration at the Bloustein School of Public Policy at Rutgers — and served on a number of commissions involved in environmental issues, including the Pinelands Commission and NJ Future.

Florio never returned to politics after his defeat, though he was mentioned as a possible U.S. Senate candidate in 2000, after Sen. Frank Lautenberg announced he would not seek another term.

Florio, born August 29, 1937, in Brooklyn, New York, was once an amateur boxer. He also was a Navy man, serving as an enlisted man from 1955-58 before serving as a reservist until 1975, achieving the rank of lieutenant commander.

He was a graduate of Trenton State College (now The College of New Jersey) and Rutgers School of Law – Camden — and quickly turned to politics after graduating law school. He was elected to the General Assembly in 1969 (at age 32) and served three terms. In November 1974, he was elected to the U.S. House of Representatives (1st District), where he served until 1990.

Florio’s passing was first reported by the New Jersey Globe.