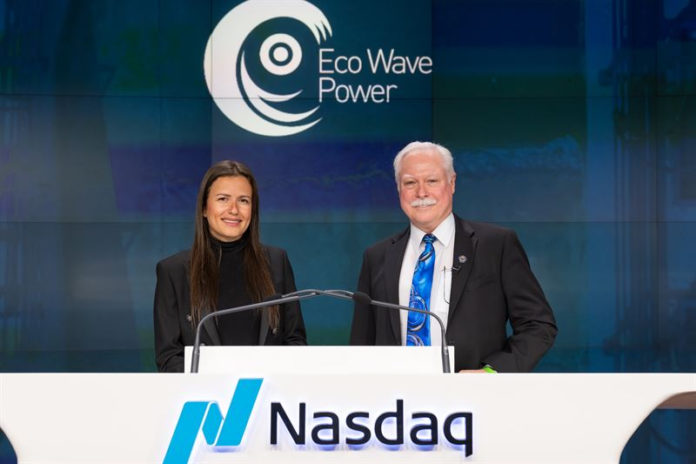 Is wave energy the future — or, at least, part of the future of a green energy environment?

Assemblyman Robert Karabinchak (D-Edison) thinks it could be. And members of the Legislature are starting to agree with him.

Last week, the General Assembly’s Special Committee on Infrastructure and Natural Resources unanimously agreed to advance the Wave Energy Bill Initiative. In the next step, state Sen. Andrew Zwicker (D-Hillsborough) is expected to introduce the bill in the Senate by the end of the week. It is expected to go to the Senate Environment and Energy Committee.

The bill (A4483) encourages the state to explore a deployment plan for wave energy technologies, including the creation of financial incentives and the promotion of public-private partnerships.

“Wind and solar is not going to be the savior, period,” he said. “There has to be other energy sources that will fill some of these gaps.

“If it’s nighttime, that solar farm isn’t doing a thing. If the wind slows down on these farms, there has to be something else, some other energy source, that will fill that gap.”

It is estimated that 750 megawatts of energy can be produced from New Jersey’s Shore alone, and the U.S. Energy Information Administration estimates that the energy potential from waves is equivalent to 66% of all electricity currently generated in the U.S.

Karabinchak said the state needs to take advantage of its natural resource.

“With new technologies and advancements, we are able to produce much more efficient power systems that are environmentally friendly,” he said. “By introducing this bill, we will open the door for more legislation to follow suit and expand our renewable, clean energy capabilities.”

Assemblyman Don Guardian (R-Egg Harbor Twp.), a committee member who served as mayor until 2018 in Atlantic City — where Karabinchak hopes to pilot a wave energy project on the Steel Pier — said he is in full agreement.

“It’s a clean source of energy that I think provides the least negative impact on our environment, and it’s free energy, once you have the capital costs,” Guardian said. “I think it would be foolish for New Jersey not to be leading the nation and the world in at least studying if this is practical.”

The bill also has an ardent supporter — the New Jersey League of Conservation Voters.

“We think New Jersey could be a pioneer in exploring and evaluating wave energy,” Rebecca Hilbert, the league’s senior policy manager, said. “We do support this bill strongly.”

Gov. Phil Murphy included $500,000 in the current state budget to pilot a wave energy project in New Jersey, Karabinchak said, and added that Eco Wave Power is drafting a letter of intent to build the Steel Pier project.

The proposed bill states as follows:

“(I)t is both reasonable and necessary, and in the public interest, for the state to enact legislation requiring:

Karabinchak has been working with Eco Wave Power on potential plans.

Eco Wave Power founder and CEO Inna Braverman said the state has a chance to get ahead of the curve and be a leader in the marine energy sector.

“New Jersey can be an energy pioneer by taking advantage of its coastline to deliver clean, cost-efficient, reliable, and environmentally friendly power to its electrical grid,” she said.

“With almost 140 miles of coastline, New Jersey is in a unique position to be the leader in this growing field,” he said. “This legislation seeks to set goals pertaining to wave and tidal energy in the state’s Energy Master Plan, which bring the state one step closer toward achieving net-zero emissions and 100% renewable energy by 2050.”