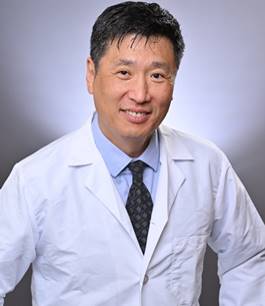 Choi comes to St. Joseph’s from Temple University Hospital, where he served as chief, Division of Vascular and Endovascular Surgery, co-surgical director of the Temple Heart and Vascular Institute and professor of surgery at Temple University.

“Dr. Choi is an accomplished surgeon, educator, researcher and leader who is excited about the opportunity to grow our surgery program,” Mark Connolly, chairman of the Department of Surgery, stated. “Dr. Choi brings more than two decades of experience to St. Joseph’s, working as not only a highly-skilled surgeon, but also a mentor for those entering the surgical field. We are also looking forward to using Dr. Choi’s experience and expertise in developing a multidisciplinary Limb Salvage Center of Excellence at St. Joseph’s to better serve our patients.”

“Throughout my career, I have dedicated myself to not only perfecting my skills as a surgeon, but also enhancing my knowledge of new advancements in vascular surgery and medicine,” Choi said.

St. Joe’s and HMH: One is Catholic health system, other is...