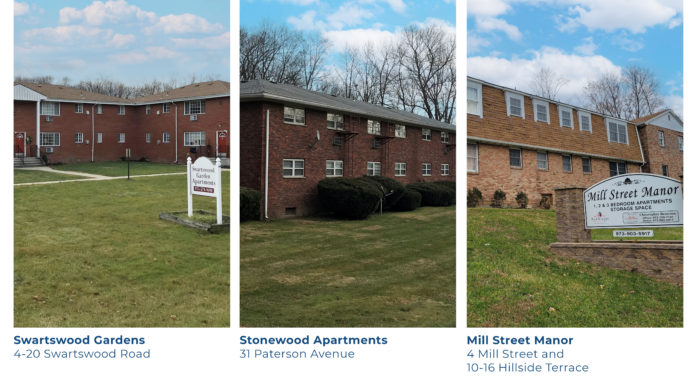 The Kislak Co. on Thursday announced the recent sale of a three-property multifamily portfolio in Newton for $22.45 million.

Keenan and Lupo also procured the purchaser, a longtime Kislak client that was not disclosed, who completed an Section 1031 Exchange with the purchase. The record sale price represents the highest price ever achieved for multifamily properties in Sussex County, according to data available from CoStar.

Keenan and Lupo previously arranged the sale of Swartswood Gardens and Stonewood Apartments to the sellers in 2020, and Keenan arranged the earlier sale of the same properties in 2016.

“What made this transaction so appealing to the purchaser was the nearly $16 million in assumable financing,” Keenan noted. “The seller had put the debt on the property about 1.5 years ago at a rate that is much lower than what the purchaser could have obtained today. As a result, we were able to obtain record-setting pricing in a rising interest rate market.”

“In an extremely volatile interest rate environment, the assumable in-place debt provided tremendous value to both the seller and purchaser,” Lupo added. “It allowed the seller to achieve ultracompetitive pricing while avoiding prepayment penalties on the loan. The purchaser was also able to hit an attractive yield level to put their 1031 Exchange money to work.”

At the time of closing, the properties were fully occupied.