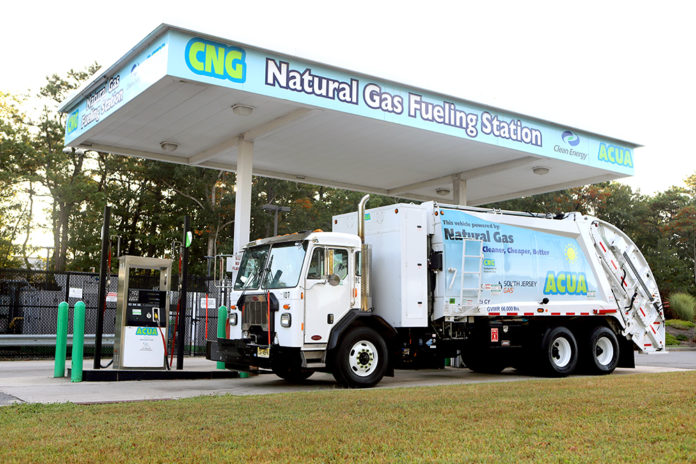 The Atlantic County Utilities Authority was recently named a Green Fleet Award winner by NAFA Fleet Management Association for its continued commitment to using alternative fuels and reducing fuel emissions. The authority ranked No. 7 among commercial and government fleets in North America.

“We’re honored to receive this award. ACUA’s commitment to reducing emissions and pursuing alternative fuels has been a win for our operations, our environment and the communities we serve,” ACUA President Rick Dovey stated. “From January through September of this year alone, we’ve saved more than half a million dollars by using compressed natural gas rather than conventional diesel fuel. That’s savings we can proudly pass on to our customers — the municipalities of Atlantic, Cape May and Cumberland Counties, and their taxpayers — while reducing our impact on the environment.”

“ACUA vehicles drive miles through our local communities every day,” Vice President of Centralized Maintenance and Asset Management Matthew DeNafo said. “It’s essential that we pursue vehicles that not only work, but do the least harm on the environment. ACUA has proven this is possible all while providing significant savings to the organization and its customers.”

In 2010, the ACUA board of commissioners adopted a Green Fleet Policy to formalize the authority’s commitment to pursuing the most energy-efficient vehicles available within budgetary constraints. That same year, ACUA opened the first CNG fueling station in South Jersey. ACUA has since transitioned most of its fleet to this cleaner, cheaper fuel and implemented electric or hybrid alternatives where applicable.

ACUA operates several electric vehicle charging stations that are available for employee and public use at its Environmental Park in Egg Harbor Township and its Wastewater Facility in Atlantic City.

In 2022, ACUA was one of five entities awarded a state grant to purchase an electric trash collection vehicle and accompanying charging infrastructure.