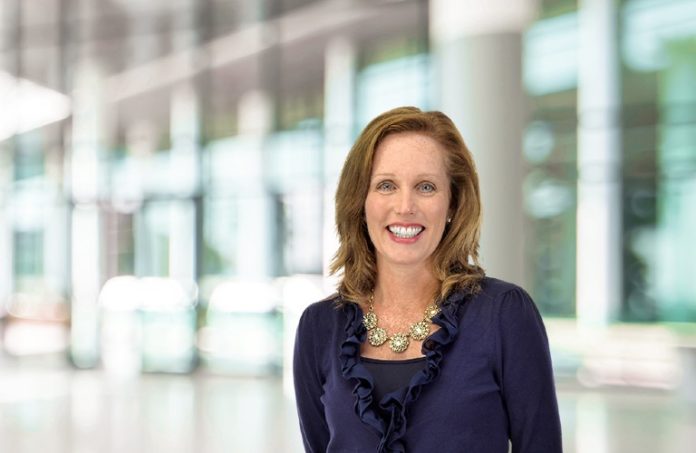 Accountants deal with deadlines. But that’s not why the profession is talking in terms of FOMO in its industry today. (For those not up on the latest lingo, that’s fear of missing out.)

The sector’s leaders see a once-in-a-lifetime opportunity to secure capital from financiers who have historically taken a pass on investing in accounting. And many are taking their chances, in hopes this funding will allow them to do it all: Acquire more firms, hire more and do more with technology.

Or, you know, YOLO. (For those as risk-averse as accountants usually are, that’s you only live once.)

Diane Wasser, partner-in-charge of New Jersey and managing partner of regions at Eisner Advisory Group, described a trend of private equity striking deals with accounting firms increasingly often in the past year.

She dates the start of this development to news last year that international investors TowerBrook Capital Partners would be taking an ownership interest in EisnerAmper — the first deal of its kind.

“We were really the first firm of our size to take on a private equity investor when we did back in July 2021,” she said. “It was a real game-changer. And, frankly, the rest of the profession started scrambling to catch up.”

The move was followed by a handful of others, which were then followed by a flurry of acquisition and merger announcements as firms flush with cash went on a buying spree in the region. EisnerAmper, a Top 20 firm in the industry, led that wave of new partnerships.

“It really accelerated our (mergers & acquisitions) growth plan,” she said. “While organic growth is always No. 1 for us, it’s incredibly important and part of our strategy to expand into other geographies by partnering with like-minded firms. This new access to capital enabled us to close transactions that were harder to do initially.”

Ralph Thomas, CEO of the New Jersey Society of Certified Public Accountants, attributes the new interest from private equity in accounting firms to a recognition that the industry has really “figured out” the advisory side of their business.

It doesn’t hurt that, with mounting uncertainties in the forecasts of economists, the death and taxes adage has kept the accounting sector looking like a safe investment to profit-seekers.

There’s enough interest to go around that Thomas expects “a lot of things changing drastically for Top 100 firms,” such as additional industry consolidation or more private equity agreements.

“We have a Big Four right now,” he said, “But now that the next tier of firms is looking at these opportunities and merging — and more of that activity continues to happen in this space — you might start to see more like a Big Seven.”

One local example recently was Friedman LLP‘s combination with Marcum LLP. The merger, completed at the start of September, slid Marcum into the category of a Top 12 firm … and the status of a $1 billion business.

Neil Levine, now a partner at Marcum, hails from the Friedman side of the expanding firm. A combination such as theirs, in his view, is one way of answering a question Levine believes all firms are asking: How are we going to get our work done when accountants are so hard to find?

“All of a sudden today, it’s impossible to really hire people,” he said. “Even at Friedman, I had five or six internal recruiters, as well as recruiting firms we worked with, and I had to beg people just to sit for interviews.”

As trade group officials such as Thomas regularly note, there has been a steady decline in the amount of aspiring accountants actually sitting for CPA exams.

Schools just aren’t churning out people who want to do the nuts-and-bolts accounting work, Levine said. With demand for accounting services holding steady, local firms are competing for that same dwindling group of graduates to try to replenish an aging, retiring workforce.

“As we’ve merged into Marcum, we’ve gone from 820 people to about 4,000,” Levine said. “So, for me, there’s strength in numbers. … When you can secure the right staff, you’re head and shoulders over the firms just standing still.”

The pairing also brought in additional technology capabilities — the sort that Levine said smaller firms are quickly falling behind on — and the ability to cross-sell other big-firm services and offerings to clients.

“As you get bigger, you become much more full-service,” he said. “That’s why I did this deal: I really want to be relevant. I want to have technology and do the best work for people with the right amount of smarts and capable people to service clients.”

Levine recalls a 1998 debut in the accounting profession as a firm with just three other professionals beside him. They worked hard and steadily grew in size.

Today? He wouldn’t recommend it.

Finding enough talent that would be convinced by the standard mode of attracting and retaining accountants would be a problem, he said.

“If you came to my small accounting firm, I can tell you I’ll make you a partner in 10 years, and then you’ll give me half your salary as capital so that I’ll pay you a big retirement benefit after 20 more years of service, paid out over 13 more years,” he said. “That has been the model for 100 years. To a young kid, hearing that by the time you’re done you’ll have to give 43 years to the same company — they’ll think you’re crazy.”

Firms pairing up with private equity have a new carrot to dangle: stock-based compensation.

“That allows you to almost be like a Google or an Amazon,” he said.

Alan Sobel, managing member at SobelCo, said that, in general, firms that don’t have the private equity connection — his included — are finding it harder to compete in hiring with those that have gone that route.

“What we’ve seen is that, in some cases, we’ve seen an impact on our ability to retain talent in competition with some of these firms recruiting people from our organization,” he said. “They have resources to go and find the people, and pay them large sums. … The compelling packages they’re offering make it difficult to not take pause and think of taking the leap to another firm.”

Even if his firm hasn’t inked any of its own deals with investors, Sobel admits there are some advantages for firms receiving these dollars. He wouldn’t pretend otherwise, he said.

But he also believes, along with some other firm leaders in the area, that there’s the potential for downsides, too.

“Privately held businesses appreciate a personal relationship with their CPA, who they come to rely on as an adviser,” he said. “They want to deal with accountants on a personal — less of an institutional — level. There’s a risk of becoming more process-oriented and losing that personal touch.”

For as long as they continue to remain outside of private equity’s foray into the accounting space, these firms view it as something of an opportunity to differentiate themselves philosophically.

“Our goal is to sustain the firm for the next generation, and, while we make a lot of investment, we’re not on as short a cycle and looking for the next exit,” Sobel said. “We’re looking at building value for people and doing right by clients. And I don’t want to suggest that other firms don’t do that. But we’re just going at a bit of a different pace.”

Just about every accounting firm has an eye on the next potential acquisition, however. And that’s what these investments are freeing firms up to do more often.

Bob Gilbert, a partner in Citrin Cooperman’s New Jersey office, said the industry’s smaller firms are appreciating the advantages that come with being blended into larger operations.

“Citrin’s growth, regardless of private equity involvement, had a lot to do with acquiring smaller firms,” he said. “These firms see a lot of value in being freed up on their administrative service duties. For a 15-person firm with two managing partners, those partners perhaps spend up to 50% of time on administrative-related tasks.”

The infrastructure of a larger accounting firm allows leaders of smaller firms to trade in their administrative hours for more of a focus on clients, Gilbert added. Aside from that, it’s eliminating the succession woes coupled with the industry’s aging workforce issue.

For growing firms buying out smaller practices, the benefit is a competitive network of specialists.

“Recently, I was introduced to a construction company, a sector I never worked on it in my life, and I probably wouldn’t have won that client over if I didn’t have partners beside me who were able to speak that language,” he said. “When you have all these different service lines, the level of specialty in specific services and industries is at a whole other tier.”

EisnerAmper’s Wasser said it can be a popular move internally for a similar reason. She spoke of someone from her firm’s audit staff who wanted to work with cryptocurrencies. The firm’s growth meant they were already providing consulting in that area.

“So, they were able to transfer into that,” she said. “That professional might have been lost to another firm or private company if we didn’t have an opportunity already here that they want to be a part of.”

The top-down industry view from Thomas of the NJCPAs is that the conversations about partnerships between accounting firms — and with private equity, for that matter — aren’t slowing.

“And I think that’s a good thing,” Thomas said. “When everyone is competing separately, clients are sitting back looking for the lowest costs in a bidding process where firms really undercut themselves. This is going to change the sector, and, hopefully, give it even more credibility.”