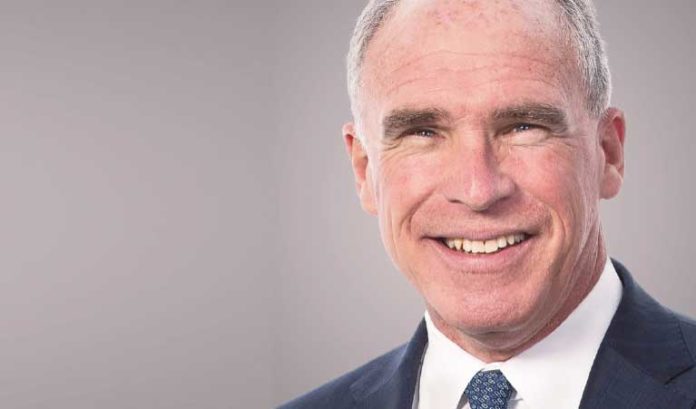 Jeff Alter almost appeared surprised to hear he was approaching his one-year anniversary as the CEO of Summit Health.

“It’s been an awfully fast year, I can tell you that,” he said.

There’s no hint that it will be slowing down anytime soon.

It’s one of the many things Alter has been overseeing since formally starting as CEO on Oct. 4, 2021.

Perhaps the biggest: Working to build the brand in a way that both Summit Medical Group and CityMD are available in the same areas.

Simply put, when Summit Medical Group merged with CityMD in the summer of 2019, most of the Summit brand was in New Jersey and most of the CityMD brand was in New York. Summit Health, which was created in the spring of 2021, has been working to account for that ever since.

“Our strategy is to complete our set of services in New Jersey, moving more toward the Bergen County/New York border,” Alter said. “We’re opening a Clifton site in a couple of weeks that’s just fabulous. We’re looking at property in Fair Lawn to do that as well. And we’re building more CityMDs around the former Summit Medical Group footprint in New Jersey.”

The building goes both ways.

In January, the company acquired Westmed Medical Group, based in Westchester County, New York. It has opened primary care hubs in New York City near Columbus Circle and Union Square and has plans to open two primary care hubs in Long Island in the next six months, as well.

“We want to continue to wrap the Summit Health brand in New Jersey and the Westmed brand in Westchester with CityMD’s to support the connected care model,” he said.

The only things slowing down Summit Health are things it cannot control: supply chain and available real estate.

“The biggest surprise since taking on this role is finding out just how dependent we are on getting real estate to advance our model,” Alter said. “I never thought I’d have to worry about supply chain issues, but getting facilities open, getting places for our providers to practice and making them good places to practice, has been tough.”

Alter said he now takes that into consideration when looking forward.

Alter is eager to build out his facilities for one simple reason: He feels the business model puts Summit Health ahead of other providers.

That’s what the visual rebrand was all about, he said.

“We have to align our two brands so that our patients who need both — the convenience side of care through CityMD on their time and their schedule, and the committed relationship that they get at Summit Health — get the connection,” he said.

And get that — through a connection in medical records — it will be seamless, either way.

“Many people think it’s a one-way street from urgent care into primary care, but we also see it as going the other way,” Alter said. “There are times that you may have a primary care relationship with folks at Summit, but need something very simple on your terms.

“The knowledge that, when you go into a CityMD, that we know who you are, know your primary care physician and can connect any of that care that you need is important.”

That’s why Year Two will be just as fast for Alter — who said he wouldn’t have it any other way.

“This is the best job I’ve ever had,” he said. “Every day is more exciting than the next.”

It all goes to the model, Alter said.

“I think we have a really unique opportunity to show that there’s a different way to deliver health care,” he said. “If you ask most folks, they’ll say their biggest struggle is access to health care and navigation of health care. I think our system and our mission answers both of those biggest needs.”