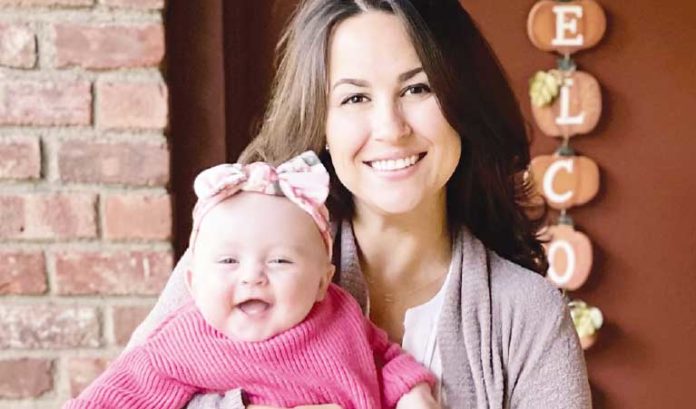 Lila Branigan Riemer called it a moment she’ll always remember — a show of support at a vulnerable moment that meant the world to her.

Liz Ford called it … acting like a person, acting like a mom, acting the way she feels a supervisor is supposed to act. Being human, she said.

We’ll call it this: a masterclass in management.

It was Sept. 29, 2021, the day Branigan Riemer was returning from 14 weeks of maternity leave.

“Hello Ms. Lila! I’m going to be in (withheld) from 6-10 a.m. so wanted to welcome you back now, so you hopefully see this first thing! I’m sure this will be an adjustment, so be kind to yourself, be confident in your amazing mothering abilities and be sure to let me know how I can help and support you.”

It was signed with two hearts.

Branigan Riemer, who admitted she was anxious about her return, was overwhelmed by the words.

She had logged in early — wanting to make sure there were no tech issues. What she found still resonates a year later.

“It was so reassuring to see that,” she said. “And I actually took the screenshot — because I wanted my mom to see it.”

But not just for the reasons you might think.

“My mom is a professional career counselor,” Branigan Riemer said. “So, I wanted her to see the support. I was just so taken aback that I wanted to say: ‘Hey, look at look at this. This is really something special.’

“And I can’t say it was the first time that Liz had sent me a message of support like that.”

Branigan Riemer, a director of global communications at Novartis, knows a thing or two about social media. It’s one of the reasons she loves the Timehop app, which always gives her a blast from her past. So, when the one-year anniversary of the event came around, the message from Ford popped up.

And all the feelings came back.

“I thought, ‘Wow, it’s been a year since I came back from leave — something that, at first, I didn’t even think I could do,” she said. “I remembered being anxious about it and I remembered how impactful Liz had been on me at that time — how wonderful it felt to get that message.”

Branigan Riemer wanted more people to see the message and know the story, so she posted it on LinkedIn. She knew the experience was unique — except for people who had been managed by Ford.

“I knew when I shared it — and you can see from the comments — that I’m not the only person who has had that experience with Liz,” she said. “She’s a people-first manager.

“I hope that those who are reading it would recognize that it wasn’t just about a parent coming back from leave. Many people go on leave for different reasons, not just maternity leave. It was really about being a person and considering what the people who report to you need, and how you can give them support proactively.

“I hope what people took away from it was the human-first approach.”

“Easily the most engagement I’ve ever had on LinkedIn,” Branigan Riemer said.

And that didn’t include those who reached out to Ford. Messages to her have come fast and furiously.

“It has definitely been overwhelming and humbling,” Ford said. “It seemed like such a simple thing. It was just a simple act of kindness. But that this simple act could have meant so much for her and resonates so much with others is amazing.”

She said the note brought her back to that day.

“It was about showing care and support for my team,” she said. “I knew I was going to be in an all-day leadership team meeting the day she was coming back. And I knew that Lila is this incredible employee — and that work is important to her.

“I just wanted to make sure that she knew she was on my mind, to remind that she was going to crush it and that she had my support.”

Management isn’t about implementing policy; it’s about working with people.

With one note, Ford had more impact on Branigan Riemer — made her feel better about the “benefits” of working for the company — than any perk any company can offer.

Branigan Riemer learned that in the most important of ways a year ago. And, even though Ford no longer is her supervisor — Branigan Riemer was promoted to a different team — the message and the method it was delivered still resonates.

You won’t be surprised to learn that Branigan Riemer now is paying it forward.

“One of my reports is on maternity leave right now,” she said. “She said, ‘Well, maybe I won’t take the full time.’”

Branigan Riemer intervened with a message of her own.

“I said, ‘You’re taking the full time because you don’t get that time back,’” she told her report. “I said, ‘The difference between being out for three months, and being out for four months, isn’t going to make a difference in the scheme of things. Take that time with your family.’”

You can bet there will be a note waiting for her upon her return.