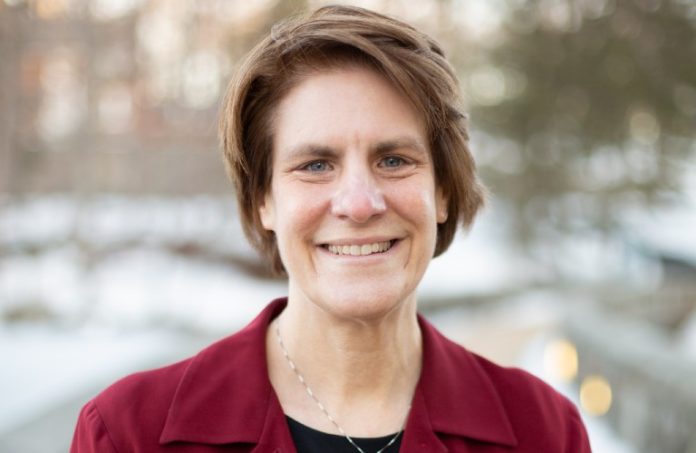 Cindy Jebb will be installed as the fifth president of Ramapo College of New Jersey on Oct. 14.

The inauguration ceremony will be held in the arena of the Bill Bradley Sports and Recreation Center, followed immediately by a reception. Prior to Jebb’s formal ceremony, attendees will hear remarks from U.S. Sen. Jack Reed (D-R.I.) and Maj. Gen. Diana Holland.

Jebb joined the state college in 2021, after retiring from the Army and her post as the first woman dean of the Academic Board at the U.S. Military Academy at West Point.

“Ramapo College is proud to consider itself an institution on the leading edge of change,” said Susan Vallario, chair of the Ramapo College board of trustees. “President Jebb’s career-long commitment to developing strong, bold, empathetic leaders reinforces our obligation to the state of New Jersey and furthers our mission of equipping and empowering the leaders of tomorrow.”

The ceremony will also feature an invocation by Chief Dwaine Perry of the Ramapo Munsee Lenape Nation, along with remarks by New Jersey Gov. Phil Murphy, the student government, the staff and faculty of the college, and Ramapo College alumni. Vallario will perform the official installation of the president.

Jebb received a unanimous vote by the Ramapo College board of trustees to succeed Peter Mercer, who served the college for 16 years. Her tenure officially began on July 6, 2021, following a national search. The 15-member Search Committee, led by the board of trustees, included several trustees, students, alumni, faculty and staff.

“Our fast-changing world and the health of our democracy put Ramapo’s public liberal arts mission in sharp focus. It is foundational for developing ethical leaders who will serve as change agents across all sectors in New Jersey and beyond,” Jebb stated. “I am honored to have this phenomenal opportunity to serve such an inspiring institution and community that is committed to investing in the future, one student at a time. I am grateful for the community’s warm embrace, Chair Vallario’s compassionate leadership and the board of trustees for their confidence and support.”